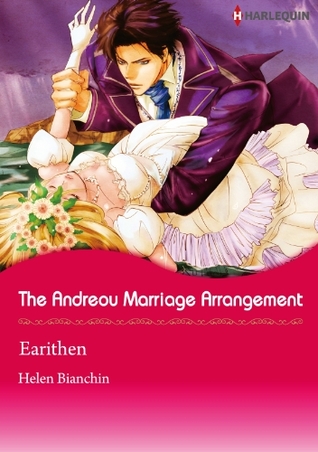 The second of my batch of Harlequin Manga. I loved the cover of this one, though I was a bit worried about certain things in the blurb, namely the sex that felt like rape (and sorry, going by the first page it was pretty much rape) and the abuse the girl suffered. I was hoping that Loukas was kinder, and would understand her. Then again, since he kind of bought her… maybe not. But we will see.

So, uncomfortable first page. Yay…. And then there is the forced marriage. Wow, dad, classy. I can slightly understand that he may have been worried, but to just put it in the will, and even put the groom in it? A bit too far for my tastes.

Their first conversation, or well, first conversation regarding this whole marriage business. I felt sorry for our girl. I mean the guy has some intel on her, knows all the deets on her love life, and is also telling her that if she isn’t married she will pretty much be poorer than poor. 😐 Though I have to say, I did like the guy. From what I could see he tried to bring it as gently as possible, and also told her that she wasn’t the only one whose parents were pushing to marriage.
Good for our girl to immediately set some ground rules, I guess our guy didn’t expect that as so many girls just flock to him (Gee, that seems to become a pretty standard Harlequin trope).
“Even if we rush into this, it’s only a matter of time. Alesha, even you.. will worship me soon.” Creepy, but sadly true. This is Harlequin. I can already predict they will fall madly in love and then marry for real. Terrible, I know. And is it bad that I am looking forward to that? Eh.

Dang, that house of his is awesome. It even has a pool, inside the house! OMG. And there is pool outside! OMG. Sorry, I love pools, and wish I could have one.

Ohhh, my like for this guy is upping. He notices that his bride is acting afraid when he comes near her, notices bruises/scars, and he decides to find out all he can about it. nods I approve. Sure, he could talk to her, but I am sure he is going to do that. Soon. Hopefully.
Oh, and it is down again. Dude, you have seen her react to you, all frightened, all scared, she is bruised and battered. She is feeling sick. And what do you do? Force yourself on her? Until she just hits you and screams? Wow. Dick. And wow, he does it several times after that. What the fuck is wrong with this guy? Though I have to say that it just feels like the author felt the need to add this, as we can clearly see that our guy is trying so hard to be there for Alesha, taking care of her, talking to her, hugging her when she needs it. It feels like the author had to add this stupid drama to make sure Alesha would break down. 😐 Later on again, he forces himself on her. And also sorry, but that Ilea stuff? That was hugging? I am sorry, but maybe you need to know what HUGGING means.. 😐 Seriously author, what the hell? And then they have sex, and everything is OK? What the hell? So unrealistic, so weird, so added for the heck of it because the ending is nearing.

I am crying at the scenes were we see Alesha completely break down due to her remembering the things Seth did. She dreams of them. I was horrified. Seth did things to her that are just disgusting. Forcing her to have sex, hitting her, pulling her hair, throwing things at her. Dang…. 🙁

Um, what they did to Seth? Dang. Don’t mess with Loukas. o.0

The ending was OK, I guess? This story was a mess, a terrible terrible mess. What a shame, it had so much potential. I was curious to see how Alesha would trust Loukas, but it was done way too fast for me, and it felt rushed and hurried. Loukas was written as a dick for the sake of it, because we can all see he is very kind and friendly for most of the book.

The art was pretty OK. Loukas was very sexy. Though what is up with Alesha’s eyes?

So sadly, I cannot rate this one very high. I was happy with the realistic parts, but how it was written was just not OK.