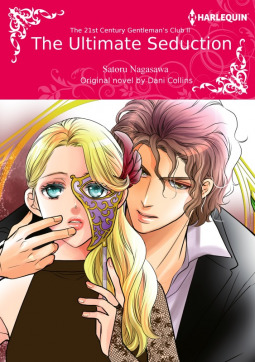 The blurb sounded amazing, a bit of sadness, tons of romance and flirting, and I can’t wait to see if this one-night stand will turn out to be more than that.

We immediately see the full extent of how much damage she got due to the accident. Half her body is full with scars and red/brown spots. 🙁 That she survived so much damage to her body, wow. But yes, I could imagine she would want to avoid the limelight, people can be very very cruel. 🙁 Holy crap, we learn it happened on the day of her wedding.

It seems our girl is roped into going to some event to win hearts of important people for her daddy-dearest. I was proud that she went for it. Sure, she clearly showed her dislike, but then she went for it. And then, she looked so fabulous when she wore that dress. Can I say that I cried a bit when she said this to her reflection: “Long time no see, Tiff. I’ve been dying to see you again.”

I was already wondering how they had the sex, sure, you could turn off the lights but eh… But that way works as well. 😛

Oh, wow, he is such a dick. Aww, the girl isn’t wearing her sexy clothes, oh no, she is angry because you walked into the room and said those things, so she is charmless and plain? And apparently you think she is lying as well? Because she had a guy near her at the reception and so that must be her husband? UMMMM? Oh dear lord in heavens. Thankfully, it quickly turns for the better, and while I was a bit angry at her assuming that, I mean really, you have pretty extensive scars, anyone would probably be shocked at first. Just because they are shocked doesn’t mean they are meaning it in a bad way.

But thankfully, I so so happy with this, they had a chat. And thus a romance started. I just adored how sweet our guy eventually turned up to be, from that previous part I thought he was quite dickish, but it seems he was just unhappy and assuming things. I am definitely giving him another change, especially after what he said about our girl’s scars.

But, yes there will be drama. Come on, she rushed headfirst in with a guy she barely knows, and apparently there will be consequences to due who our girl’s dad is and who her lover is. Oh my. We learn more about Ryzard, including what happened to his fiance. That poor guy. 🙁

Nooooooo, don’t make that decision! Argh, yes I know, I know, everything will work out soon, but still, why???

Aww, that ending. Yes, I am crying. Yes. I knew it was coming, I knew it would be cheesy, but man, I loved it. Ah, sweetness.

The art was pretty great, though it was a bit odd that at times it seemed that Tiffany didn’t have any scars, and that Ryzard’s tattoo disappeared when they had sex. But other than that, I quite loved the art.

All in all, a wonderful, lovely manga that I really enjoyed. It was just too good. Sweet romance, a kind man, some political stuff that I couldn’t really care about but was still an interesting add, and then there is the ending.