Welcome, welcome to the Book Blitz for Travel Diaries of the Dead and Delusional by Lauren Nicolle Taylor! I am delighted to be part of this book blitz, the book sounds so very interesting.

What do I have for you this Book Blitz? Teasers, an excerpt, a giveaway, and of course I will tell you about the book/author. 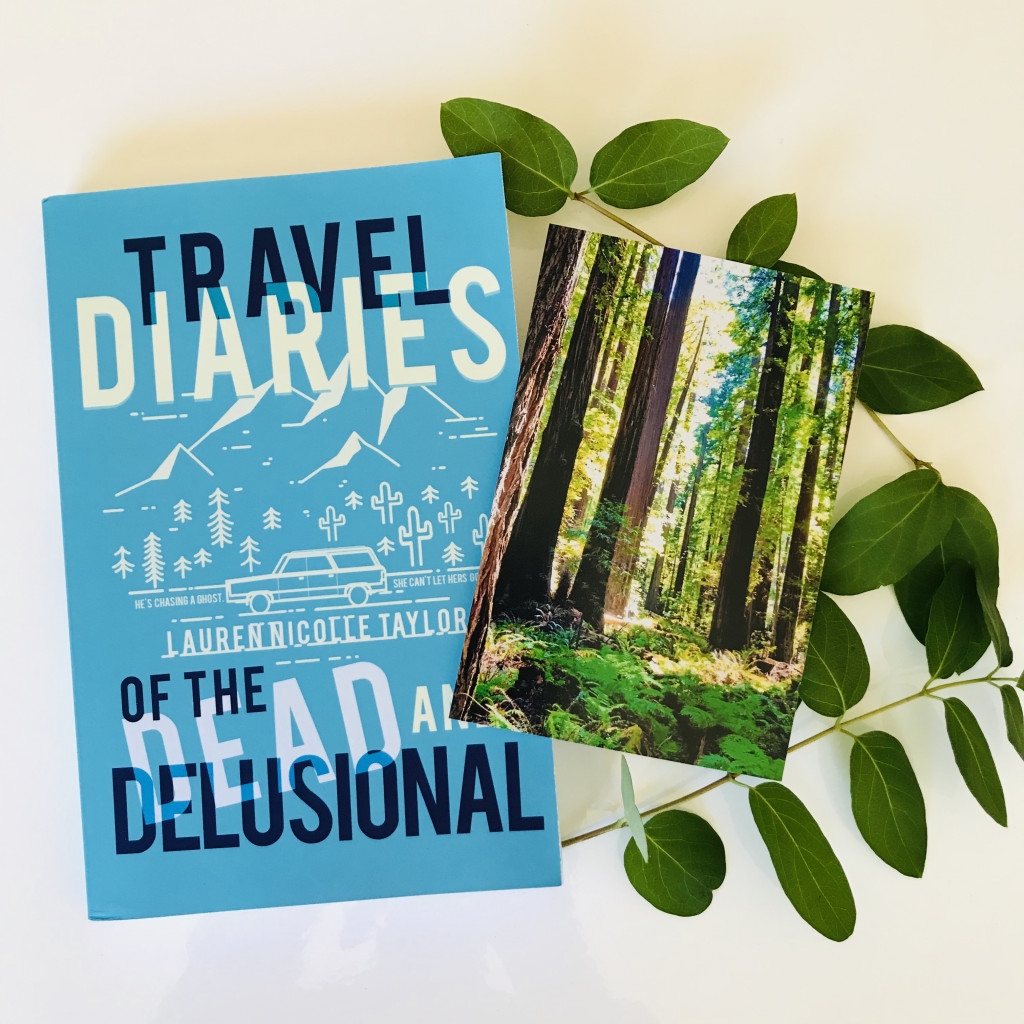 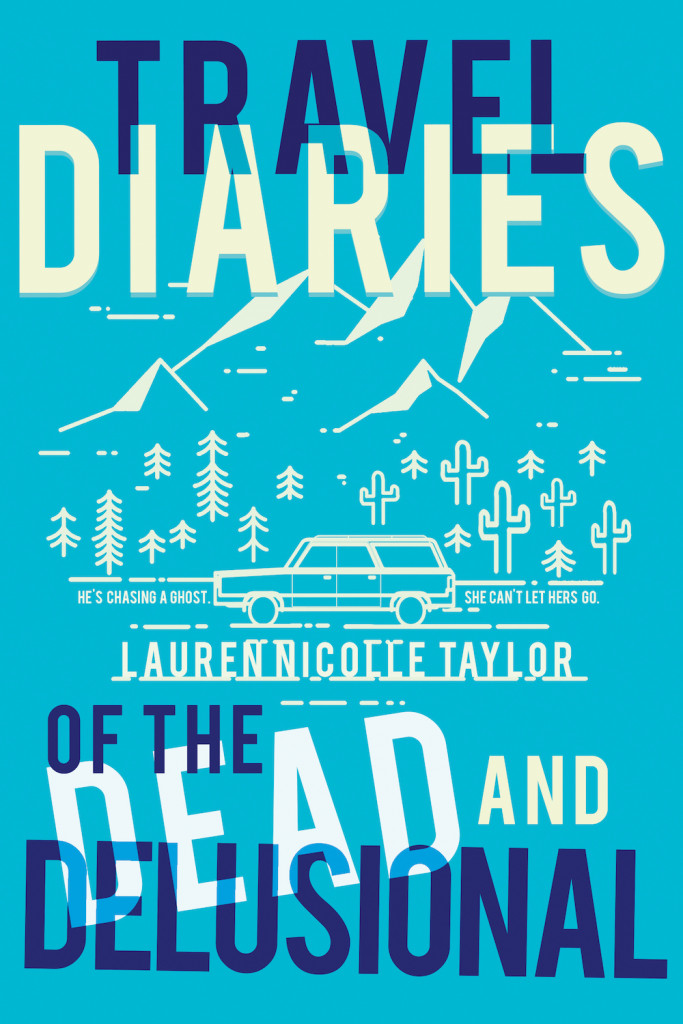 Nineteen-year-old Langley is crazy…like get out the straight jacket and prepare the padded room kind of crazy. She knows it, and the kicker is—she’s choosing to stay that way. She clings to the persistent and intrusive hallucination of her dead sister by choice. Sure, it might be nice to live life in the real world. But not if it means she has to let Sarah go.

Tupper’s life is charmed. He has loving adoptive parents, and several athletic college scholarships on the table. But his passion is for the arts, for the beauty of solid ink lines on paper. His illustrations are eerily similar to a keepsake from his birth mother, Anna: comic-book-style drawings scrawled across an old map…her version of a travel diary. At eighteen, Tupper sidesteps his planned future and starts his journey where Anna’s ended—following her map from Kansas City to Canada. His travels will put him on a collision course with Langley, and their bond is palpable from the start. But secrets will push between them—Sarah and Anna, two ghosts who could sink their icy fingers into the teens and tear them apart.

Perfect for fans of Colleen Hoover’s Hopeless and John Green’s Paper Towns, TRAVEL DIARY OF THE DEAD & DELUSIONAL is a unique and robust novel that explores themes of mental-illness and self-discovery from three distinct perspectives. Lauren Nicolle Taylor is the award-winning and best-selling author of Nora and Kettle and the beloved Woodlands series, among others.

“A story of love and loss, adventure, and coming into one’s own, Travel Diaries of the Dead and Delusional is a thoughtful, poignant road trip adventure that delivers hope through its melancholy.” ~Hannah Williams, Foreword Reviews Magazine

Lauren is the bestselling author of THE WOODLANDS SERIES and the award-winning YA novel NORA & KETTLE (Gold medal Winner for Multicultural fiction, Independent Publishers Book Awards 2017).
She has a Health Science degree and an honors degree in Obstetrics and Gynecology. A full time writer, hapa and artist, Lauren lives in the tucked away, Adelaide hills with her husband and three children.

She reminds me of the roadrunner cartoon. When she speeds up, dust floats around her churning feet, but then she stops dead, turns around, and walks back. She kneels like she’s praying or talking to someone, then she’s up again and sprinting for all she’s worth.

When she gets to the gate, she pauses and then runs in the opposite direction to where I’m parked. She moves away, getting smaller, her dark hair flapping out to the side like a shredded flag.

I pull out my pencil to quickly sketch her figure. She looks like a ghost in my drawing. In thin pajama pants, hair waving wildly around her head. But her feet have these enormous boots on,
and she’s stomping away from me in such a determined manner I know she’s real.

I start the car just as fat globs of spring rain hit the windshield, making a muddy mess I can’t see through.

Waiting for more rain to wash the glass, I give up, jumping out and using my sweater to wipe the dirt off. She’s getting away from me, and it seems important that I catch up to her. Especially now since there’s a white van tearing up the driveway to the rusted gate. It really could be the home of a psychopath, and she’s just escaped his clutches.

Turning the key, I speed up and catch her in no time.

Keeping the car moving slowly next to her, I roll down the window.

After I clear my throat, I start to speak. She’s still running, but turns to face me. For a second, I’m taken aback by her face. She’s beautiful. Not like Kris, all big blue eyes and perfectly straightened blonde hair. This girl’s beauty is complicated, the features strange on their own but working in harmony. Her warm ruddy skin is the perfect canvas for a few spare freckles across her nose, and then there are her shockingly big brown eyes. She bats her eyelashes at me once, stops running, and turns around again to walk back a few paces. Kneeling, she whispers something and stands with her hands on her hips in the way my mom used to when she caught me eating the cooking chocolate from the pantry.

Taking a deep breath, I put the car in reverse, bringing it back to meet her.

She notices the van approaching the gate, and her demeanor changes. Turning to me, she gives me a wary smile. My heart jumps a little, which confuses me, but I figure it must be adrenaline.

“Excuse me, Miss,” I say. “Are you in trouble?” I sound so formal, like a cowboy from the fifties, and I’m extremely embarrassed. But she just smiles again and wipes the hair from her eyes, tucking it behind her ear.

She observes me curiously. “Maybe, but how do I know you’re not a psycho with a knife under your seat and a bag full of ladies’ wigs? You know, the real hair kind,” she asks while flicking her eyes to the white van signaling to turn toward us.

That last part makes me laugh out loud, the sound breaking open the bubble of silence I’ve surrounded myself and the Chevy with. “Um… You can check if you like,” I say nervously, tapping the steering wheel and jerking my head toward the mostly empty trunk.

Nodding, she goes to climb in the front seat. Her hand is on the door handle, but she stops, frowns, and gets in the back instead. She bounces around on the backseat as I drive off. When the van passes us, she shrinks down below the window. Then she pops up again and leans delicately over the front seat, her legs dangling in the air as she reaches for the glove box. She fossicks around, sifting through the paper and trash, then pulls out the half-eaten Baby Ruth bar.

“No knife,” she says casually. Peeling back the wrapper, she takes a bite out of the chocolate bar before I can stop her.

“That’s, um, really old,” I warn, but she’s already demolished it like it’s the first chocolate bar she’s ever had.

She shrugs and licks her lips. “Tasted fine.” She slumps into the backseat, breathless. Her face has gone kind of pale since she stopped running, and I realize she might be hurt. Thinking of things to say is hard, so I just hand her the bottle of water over my shoulder.

She grabs it without a word and takes a big drink, coughing and spluttering when it goes down the wrong hole. I don’t laugh, but she gives me a rueful look like I did. Although it’s almost like she’s glaring out the front window, not at me. Then her face softens and there’s something in her eyes, some emotion I can’t peg.

Right there with the dark purple clouds smashing against each other and the moon trying to push against the storm as lightning takes over, she might just be the tiredest and most beautiful girl I’ve ever seen. 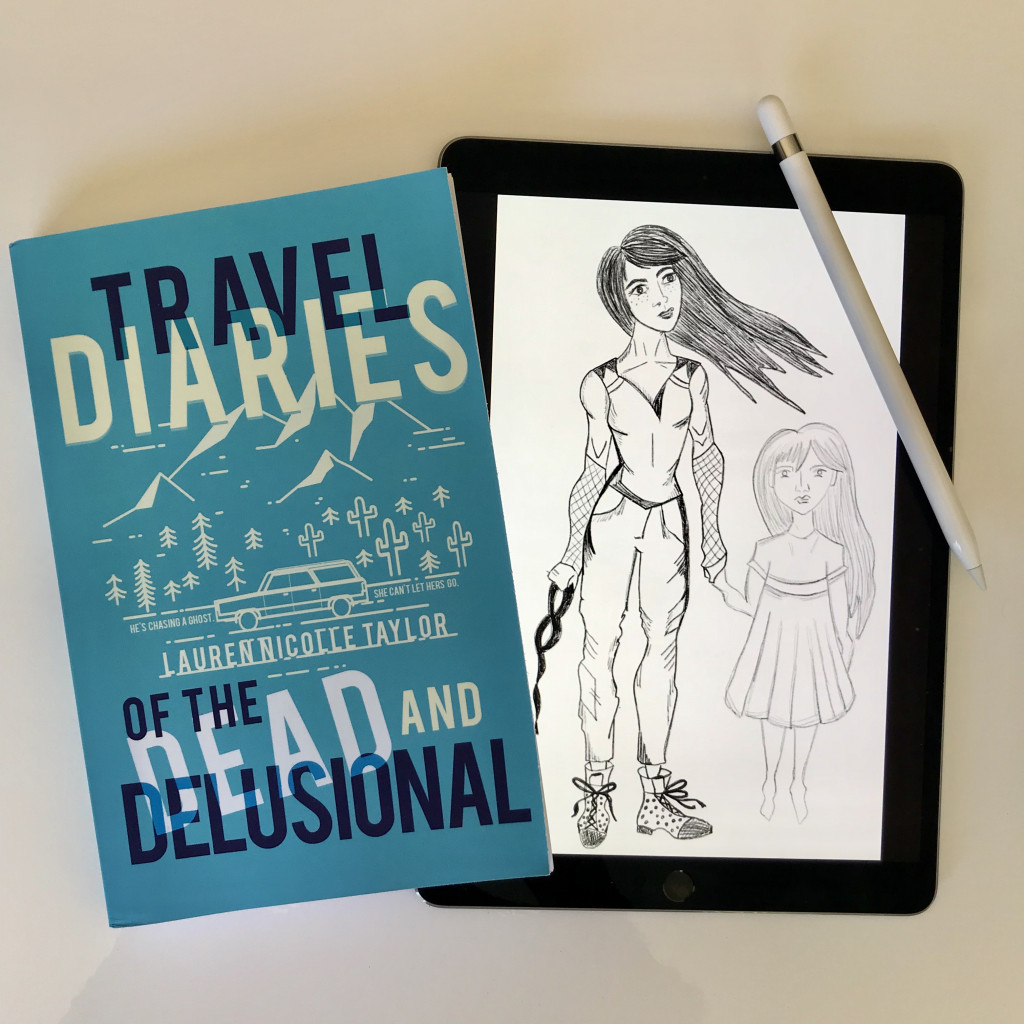