What a party week it has been, and the party keeps going on for today! As today Of Wolves & Witches by Elena Lawson is released in the wild. Hip hip hip hooray! twirls and throws some sparkly glitter

For today’s post I got the usual information on book/author, but I also got an excerpt (come read) and a giveaway (come join!). 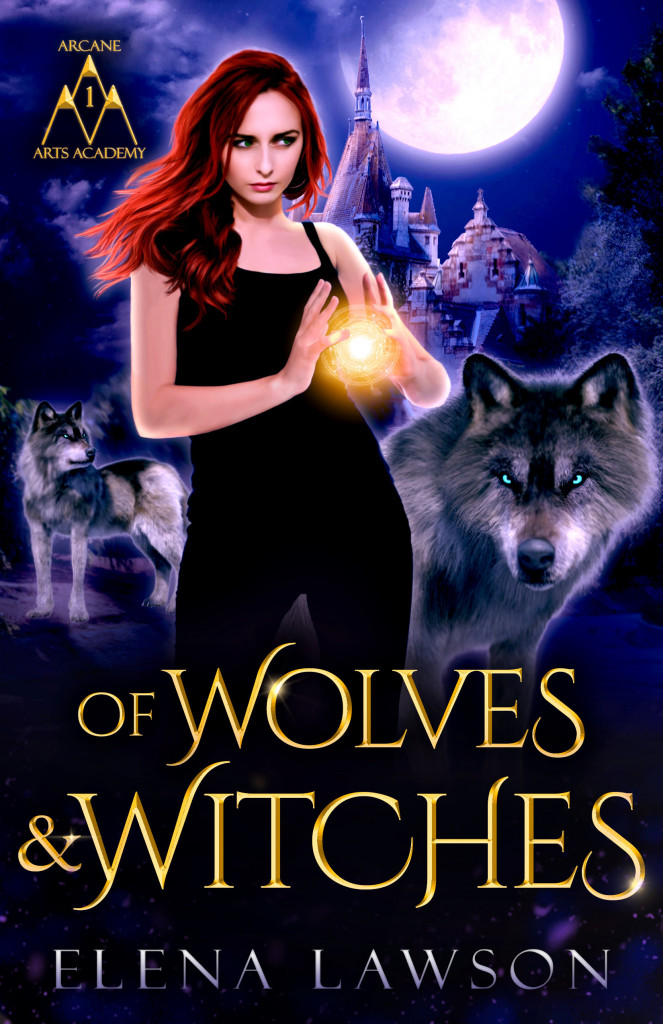 I messed up. I broke two of the Arcane Council’s laws in one day. I swear it was an accident—but try telling that to the Arcane authorities.

Before I could catch my breath, my simple gypsy life of peddling potions with my guardians is wrenched away. I’m forcibly enrolled into the prestigious and supremely snotty Arcane Arts Academy, given shackles under the guise of mercy for my crimes.

As if that weren’t enough, my volatile magic bound me to two infuriatingly overbearing shifters in the woods near campus, making me an instant pariah.

At least the history teacher is helpful—not to mention insanely gorgeous. And besides giving me a dangerous distraction, there’s something else he can provide—a way to finally find out more about my father and unravel the dark mystery surrounding his death… but some secrets have claws, and if I’m not careful, knowing the truth could get me killed.

Follow Harper Hawkins as she unravels more than she bargained for in OF WOLVES AND WITCHES, the first book in the Arcane Arts Academy series, an exciting new slow-burn reverse harem paranormal romance series perfect for fans of The Chilling Adventures of Sabrina and Hex Hall!

Buy the Book here:Amazon
All about the author: 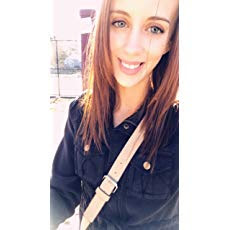 Elena lives in a small town in Canada with her family. She writes reverse harem fantasy romance stories full of feisty heroines, unforgettable heroes and spellbinding romance. When she comes out of her writing cave, she can be found obsessively rearranging her bookshelves, drinking wine somewhere sunny, or cooking overly fancy meals for her family and friends.
#WhyChoose
For news about upcoming releases, exclusive bonus content and freebies, sign up for author Elena Lawson’s newsletter!

It wasn’t fair, I mused, pursing my lips from my seat at the back of the classroom. Having to watch him from his untouchable spot at the blackboard.

The sun decided to show up to work today, heating the academy through the many tall windows, creating a sort of greenhouse effect that left the air hazy and just a bit too warm for comfort. I was sure there was a spell, or sigil, or some sort of incantation they generally used to cool it. Some sort of witchy air conditioning.

But I was glad whoever was in charge of doing that hadn’t gotten around to it yet. Elias—er—Mr. Fitzgerald had removed his suit jacket, and I couldn’t help but notice the top button of his crisp white dress shirt was undone, showing off smooth tanned skin at the shallow dip of his collarbone. He didn’t look to be sweating at all. Which was so unfair.

Even though I’d put on the weird kilt-like skirt that morning and had opted for a short sleeve blouse, I was still sweating.
I brushed the hair from my neck, trying and failing to stare at what he was writing on the board instead of at him.

The sleeves of his dress shirt were rolled up to his elbows, settling in the crease there. His biceps—I didn’t think I’d paid enough attention to them before.

What a mistake that was.

The thin white cotton material was stretched taut against the bulge of his arms, making him look more like a bodybuilder than a teacher.

I licked my lips, suddenly wishing I’d stopped for a glass of water before class. One of these days I’d wake up in time for breakfast.

It’s so damned hot in here.

“Harper?” Elias said, pointing at something he’d written on the board. And I got the feeling it wasn’t the first time he’d said my name.

“Sorry I… I didn’t hear you. What was the question?”