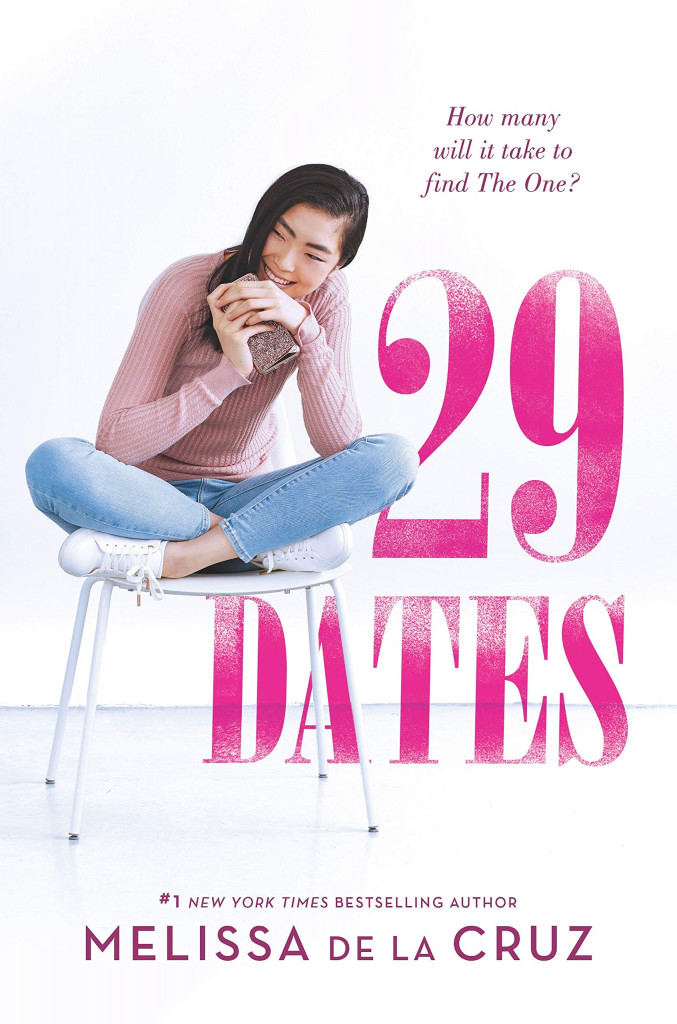 First up, thanks to Hebban.nl for giving me a copy of the book so I could participate in the Reading Club for this book!

I have been meaning to read this book for some time so imagine my delight when there was a Reading Club coming up for this book and that they had a contest to select members. Then imagine my further delight when I was selected! Eep!

So this book was just a delight to read. Korea, friendship, strict parents, dates (so so many dates), moving to America for a school year, photography, cute boys, video chats, and more.

Jisu was such a fun character, though I had some problems with some of the things she did/said. For instance she was a bit judgemental towards people. Like with Sophie, Dave’s girlfriend, she kept calling Sophie basic ALL THE TIME while she doesn’t even know the girl. And also in other points she is quite judging towards other people, you can also see it clearly in the dates. It makes me sad as other than that she is such a fun character and she grows so much throughout this book. Really, she does. She has the chance to develop other likes and loves, she makes new friends, she discovers about what she wants to do in college, she does a ton of photography and is able to explore a lot of facets about it, she learns to stand up against her strict parents (though I think she still has to work on how she brings things and do a little less ragequitting), she learns about boys and relationships, she learns about how to be a teen, and much more. I just adore how much she grew and I kept rooting for her throughout the book.

She also felt a bit like me when I was 16/17, how do boys work? When is it a relationship and when isn’t? How does dating work? How does one act like a teen? Yes, I was quite awkward and at times very confused, much like how Jisu was in this book.

I also wasn’t all too happy with how she acted during the dates. I am all for feminism, but the way she brought out things was just a no-no. Like how she got pissed at a guy because he was in an all-male club. Then something I also saw a few months ago on Twitter, about kissing princess while they are asleep. She was just totally going on about that, and I really don’t get why. It is fairy tale. It is not a make-out session it is just a chaste kiss to wake up their true love. Getting angry because you picked Wonder Woman and someone found that a funny coincidence as so many girls pick her and you just chew him out and I felt so sorry for the guy.

I didn’t even notice THAT about Date 29 until the ending. I had totally forgotten THAT little detail. It was such a delight though and I was absolutely squealing.

I get that the parents wanted the best for their girl, and it is definitely a culture thing, but they just pissed me off so much. Sending your kid to the US for a year, without any notice, without her having a chance to say goodbye to friends? No. Just no. Their constant remarks, especially the mom had some really hurtful comments. And then came what they did during Xmas break, and while it was nice of them, if you know your daughter misses her friends…

The grandfather was just so sweet and I loved how he supported his granddaughter.

I loved reading the dates, some really were adorable and some were totally cringy. At times, as I already said, I was pissed at Jisu’s attitude. I get that you are forced to go on these dates, but come on, at least treat the dudes with respect.

I was rooting for Jisu and Dave to get together. Yes, he had a girlfriend, and no I wasn’t shipping them because they were Koreans (like Kaylee was doing), I shipped them because they had chemistry, they had a spark, they just had a connection, and I was just hoping for both of them to discover it. And then came the whole, who would know it first. 😛

I wasn’t rooting for her and Austin. Austin just had that vibe around him, that he wasn’t in this for the seriousness, just a way to spend some time. And he really showed that it wasn’t serious for him. Not answering Jisu’s messages, treating her just as a friend when with people but totally different when she was with him.

I also loved Jisu’s friends, both from Korea and America. They were just so much fun and I loved their friendship.

It was fun to see Jisu adept to live in America. Getting used to all the new things and I loved how eager she was to learn and explore.

The college applications, gee, I am glad I live in my country where all that stuff isn’t necessary. Dear Lord, I feel sorry for the kids in America. The stress, the amount of things one has to do, and then comes the whole waiting for rejection or acceptation… or even the waitlist.

Holy, I could probably continue on for a bit longer about this book, but I think I have said what I wanted to say. Thank you Hebban.nl for giving me the opportunity to read his book. I had so much fun reading this one and I would recommend it to everyone looking for a cute and sweet book.