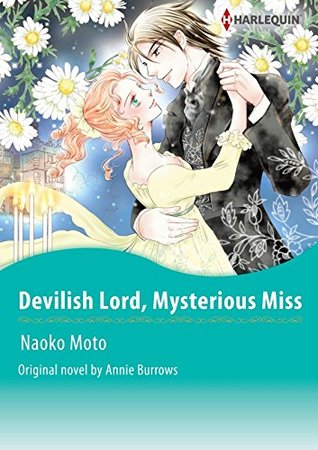 That cover! swoons Finally a cover that makes me swoon again, I have been missing those in the past Harlequin Manga I read. I am normally not into historical romance/fiction, but I just couldn’t resist getting this one when I read the blurb further. It seemed quite adorable, though… it is also yet another amnesia plot, but who knows, maybe this one will surprise me.

Legendary gambler? Lol. People and their gossip. But I can imagine they gossip, he stands out wearing his fancy outfit. If it was me, and that time, I would also wonder why such a fancy man is out there.

Um, I am a bit confused about things. He says he sees her ghost, but I am guessing that is the real Cora? Or maybe someone else? It is terribly confusing for now. She just doesn’t know her husband any more, and is probably startled to see that guy sitting there day in day out. I would also be worried and creeped out. 😛 Or maybe she is just remembering something from when she lost her memories. Who will say? I will just go for both options.

Ah, he really saw her ghost. Mmm…. On the one hand it was cute… but given that she wasn’t dead…

Um. No. Just no. You don’t just grab a woman and kiss her. Really? Why is this so hard to understand guys. I know you think that is Cora, but there is still a chance it is not, also HELLO AMNESIA??????

“But I’m just a stranger to her.. How can I make Cora trust me?” Well… for starters maybe don’t just RANDOMLY KISS HER?

Also, yes, she is slow, but look at the results of her work. People adore her embroidery, and I can’t hear them say the same about yours. 😛

Wow…. This story is just so conveniently written. She gets kicked out, and look who is there? Yep, our man. I get that he heard things from Grit, and it was nice of him to be there for her, but it was just all too convenient and precise. Also, instead of him just calling her Mary, he keeps calling her Cora. I know that is the name she may have, if this is truly Cora, but hello AMNESIA?

Plus the story makes me slightly uncomfortable. How she swings from I feel uncomfortable to comfortable, and then there is him who apparently doesn’t get that maybe this is Cora but hello? Amnesia? Do I need to keep telling you that? 😐 Give the girl some room. Stop hugging her and forcing her to like you.

We learn more about Mary, and with each part I am more and more convinced she isn’t Cora. She has memories about things that I can’t imagine are Cora’s. Maybe Cora disappeared (as a ghost) when Mary came around? Something like that? I know you guys are looking at me funnily now, but believe me, I have seen that plot happening a few times.
But then again, tons of things can happen, and we still have sighs a bit 70 pages left.

Dude, you are having sex with a girl who is potentially not your missing wife. It is really rude to call your fiance’s name then. Poor girl. She lost her virginity (which is further proof she is Mary and not Cora, unless of course they never had sex, but given everything I would think that Cora and our lord would have had sex).

The story gets more and more stranger. Really, the author is making it seem she is not Cora, but a few pages later there is evidence that she is, and then later again not, and so on. Really. Make up your damn mind. 😐 So, I am guessing she is truly Cora then? Really, sorry, maybe it is me, maybe I am dumb, but this story is so weird and I am not enjoying it.

We find out what happened to Cora and how she felt in that big home back when she first got engaged. Dang, that mom is a total insert some very rude words. We also finally learn of how she got amnesia. Poor girl. 🙁

Dang, Frances, girl. The hell is wrong with your attitude? I get that she is jealous, but this just goes WAY WAY beyond that. 😐

Gee, how convenient with what happened to Frances. Dear Lord. rolls her eyes so hard she has to pick them up from the floor

The ending was, with the exception of that thing that happened to Frances, very nice though. It made me smile.

And I have to say, despite that Christopher should learn to treat woman a bit better, that the romance was nice. And yes, I was frustrated with the whole Cora/Mary is she or isn’t she who she is thing. It is nice for a few pages, but at least 120 pages of it?? URGHHHHHHHHGGG. Boring. Annoying. Nope.

The art was pretty nice. At times a bit weird (when the characters were looking face first at people), but generally it was quite romantic.