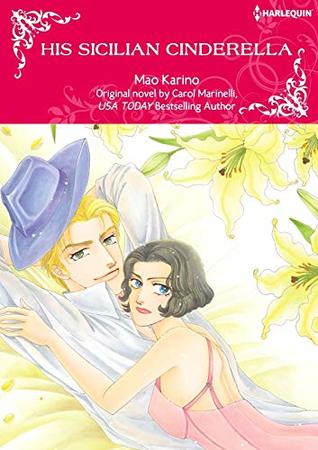 So the last and final of the Harlequin Manga I requested. is sad Another party comes to a close, I hope everyone enjoyed all my reviews for these books, I hope that soon I can hold another party.
This book, was definitely one I was curious about, but also very very worried and that is the biggest reason why I waited for this one until the very end. It is about a mafia filled island, a girl and her lover, the girl was sold to be prostitute and now years later these two meet up again but he looks at her with anger and resentment? It just didn’t make sense, not like the girl wanted to be sold as some kind of sex toy. But I guess we will find out just what is going on. Here I go.

The story is already quite confusing. So he doesn’t want her if she is forced into prostitution because he doesn’t want to date a prostitute. Sure, I can imagine, but from what I see she doesn’t have such of a choice about it, she already too deep into it. 😐 AH, and we find out that she indeed never had a choice.. That poor girl. She couldn’t escape. 🙁 Wow, what a terrible island, what a terrible place. I wonder how they can just keep this going on, then again it takes place in 1920… Which is a long time ago.

More confusion as we travel back 3 years back. Yes, there was a time noted at the beginning but I didn’t think we would travel back. I had to actually scroll back to the beginning chapter to see what year that took place in. So we finally see how Matteo and Bella met up. Though for most I was just bored as there was a ton of dialogue about the mob and the island, how the families work and how Bella was destined to become a prostitute due to who her mom is. I just wanted to get to the point, show us how they got together!

We also learn more about Matteo, about his past.

Here we go, we are getting back to the present again. I did like seeing how Matteo and Bella got together, even if it was just for a short while.

But this story is so weird…. so I guess she had sex with the boss? She calls him her husband… What the fuck is going on with this story. I just can’t keep track what is going on.

What the hell? She threw champagne over Matteo and his new lover? What the fuck? Girl? What?

Um, so something did happen when she escaped? To me it seemed that the man did nothing, but I guess the artist/author decided instead to just let that part out.. I know he grabbed her and made some demands.. but nothing happened after that…. confused

So, I am at the end, and it is that I wrote down words, because otherwise I wouldn’t have been able to write a review. What a weirdly written and drawn story this was. So much unneeded dialogue, so much stuff that didn’t make fucking sense, so much confusion, so much let out that could have made the story better. The art was also just OK. I am sad that I end the party with a negative note. 🙁