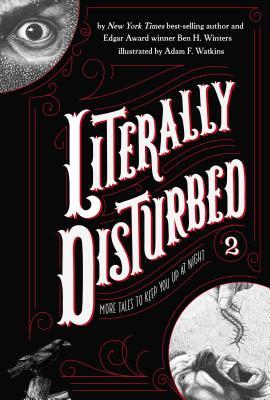 What goes bump in the night? Even more poems, though also more disappointment. 🙁

After loving the first book quite a bit I wanted to read further. And thankfully, very thankfully, there is a second book in this series. Now I can just hope that there will be more in the future. I do so love horror, and horror + poems is quite original. I have only see the occasional horror poems and generally they are stuffed in with short horror stories in a bundle.

Once again, like with the other review. Each poem is named, it is given a rating and a bit of a review.

Poem 1: Sunset: 3 stars. The sun is setting and the world is going dark again, creeping shadows. I liked the third stanza the most, though the fourth kind of ruined the effect that the poem had going. If the last stanza was different or removed I would have rated this a 3.5 stars.

Poem 2: Giants: 2 stars. A poem about giants, a bit like Jack with the Beanstalks these giants live in the clouds looking down to us who are tiny as toys. It was quite a nice poem, but just a bit boring and I had expected more creepiness. The illustration was at least very NOPE.

Poem 3: Nasty Little Fairies: 3.5 stars. Mostly because I don’t know if our kid truly did those things and is just blaming it on fairies, or if there are truly fairies around. It does seem to fit what they do at times. I have read tales of fairies being quite mean towards people/animals.

Poem 4: The Hunters: 0.5 stars. Sorry, this was just boring. 2 stanzas, just about hunters going on search of Big Foot but nothing happens. Yes, the illustration was a nice thing when I went to the next page on my kindle, but that is all.

Poem 5: Bath-Time Poem: 4 stars. Ohhh, something is in the bath. Not something I can relate to on that scale, baths are a rare thing in houses here, but I do know I had some sort of same thing with showers when I was a tiny kid. You never know what may be lurking. And for tiny kids that dark hole is full of mystery and who knows what kind of creepy things.

Poem 6: Trolls: 4 stars. How fun, a troll under the bridge, asking all the questions and I loved how it all seemed relatively normal questions… until that last one. Oh my!

Poem 7: When Mama’s Out of Town: 3 stars. Mum is out of time and dad is not doing a too good job at the night-time rituals. I didn’t like how he dismissed her when she said she heard a monster cough. At least check it out for her!

Poem 8: Nice to Meet You: 3.5 stars. Mostly for the ending that was a nice twist. Plus the illustration was super creepy. o.0 Joker much?

Poem 10: The Blob: 1 star. I was so happy to see a Blob poem pop up, I just adore those stories about this monster, but sadly this one was pretty tame. I had a laugh at the illustration though, that cat… he has resigned that he is one with the Blob now. 😛

Poem 11: One Answer to Bullies: 1 star. Eh, some kid who thinks he is reincarnated? Sorry, if we actually saw something happen I would have believed it more or at least liked it more, but now it was just a kid who was tired of bullies telling them something outrageous.

Poem 12: Body Snatchers: 2 stars. More funny than scary. Though that illustration.. well I can see why people think that teacher is a body snatcher.

Poem 13: The Folks at the End of the Block: 1 star. So the family isn’t normal? Why? OK, if you see the illustration they all look with the same scrunched up angry face, but if that is all?

Poem 14: Spelunking The Cave Poem: 4 stars. It started off a bit boring, but quickly became scarier and scarier and it ends with a scream. <3

Poem 16: The Scariest Time of Day: 3.5 stars. I thought this one would be the same as the first poem, but instead it was about a totally different time of the day. Something I never considered the scariest time, but now that I read it… dang, yes, that is a pretty scary time.

Poem 17: I Think The Goldfish is Grandma: 1 star. Not creepy at all, if anything this was just very sweet. She got her wish, she is with her family.

Poem 18: A Case for Education Reform: 1 star. Not too exciting. Again. However I did agree with the kid, I would have loved to learn about monsters and things that go bump in the night when I was in school. It would be awesome. How to find monsters, how to beat them, how to avoid, how they look, etc.

Poem 19: The Haunted House: 4 stars. OK, I thought this was just a fake haunted house, but dang that last part. I loved that and it made me rate this story from 3 stars (because I still love a good haunted Halloween house) to 4 stars.

Poem 20: Nightmares: 3 stars. Mostly because I quite liked reading about the kid’s nightmares, about him and how he normally is, and that last sentence made me grin. Yep, I know the feel. My brain also concocts the weirdest things.

Poem 21: How to Be a Witch: 1 star. This was again pretty boring. When I read the title I expected something fun, but instead it is a very short poem that ends before it truly started, at least that is how it felt to me. And sure, the last sentence was nice, that is indeed what a witch is.

Poem 22: Superstition: 1 star. Again, not scary. Just a story about superstition. From bad luck to things you can’t take back to getting all the luck to ward off the bad things. Meh.

Poem 23: The Playground is Spooky at Night: 3 stars. About a creepy playground. Yes, when I was a kid I always thought playgrounds turned very spooky at night when it was dark. I am glad I am not alone in thinking that it is a bad idea to play at that time.

Poem 24: I Dare You: 1 star. I was expecting some kind of spooky dare, something creepy, but instead it is just about a boy who wants to be dared and wants to step over his boundaries to get used to more things.

Poem 25: Wandering Around the Graveyard, Reading the Stones: 0.5 stars. Wow, I never thought I would be bored reading about graveyards, but here we go. This kid just passes some stones, thinks she feels their presence… and that is it. Whoop.

Poem 26: Bad Timing: 3.5 stars. Not because it was creepy, but because I was laughing. I was thinking what it could be, but then it turned out to be that, and sorry, I did think it is funny that someone gets x on picture day. Poor fellow.

Poem 27: The Big Book in the Library: 1 star. Woohhoo a book that may explode the world. I had expected something way more gruesome than just boom. Why not a dark grimoire that sets loose the worst horrors that one can imagine? Or maybe a spell book with spells that may turn right and grant you your wish or turn your wish in the most horrific thing.

Poem 28: It’s the Little Things: 1 star. Woohoo be warned off bacteria or other invisible to the eye thing. Oh noooo, how terrifying. Noooo, I am shivering. snorts Sorry. But I had expected some invisible tiny horror monster. And yes, bacteria and that stuff is creepy, but again I had expected something more horror-ish.

Poem 29: Old Boo: 1 star. Aww, how sad did that happen to your teddy bear? Sorry, I don’t see why this is horror. It is just a kid with a security blanket in the form of a teddy bear who now misses his dear companion when it is night.

Poem 30: Sunrise: 0.5 stars. Once again, a poem about nothing scary. Though 0.5 points because it is that this book ended with a sunrise.

All in all though, I had expected WAY more. The previous one was much scarier, this one contains tons of things I wouldn’t call horror, and yes, I am an adult, but sorry, kid me read stuff like Goosebumps and other horror stuff, and would probably laugh at this. Scary? Not really. And come on this is called Literally Disturbed, I would think that it would be unimaginable horrific and spooky.

The illustrations were often way more frightening than the poems were which was really odd. You had a seemingly boring poem and then boom creepy as hell illustration. O.0