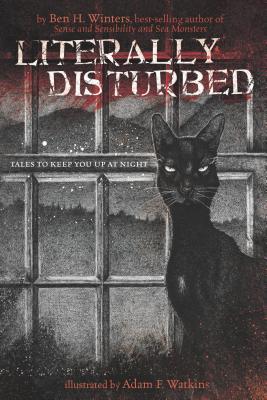 Be afraid, be very afraid! Horror Poems are coming your way.

I was quite interested in this one, I am still not a big poem/poetry fan, but I love horror, and I was curious to see how this would work out. Poems? + Horror? Mmmmm.

I have written a short (or a bit longer) bit on each poem and also rated them.

Poem 1: Black Cat: 4.5 stars. A fun poem about a cat who may not be what it looks. Nice illustration to go with the poem.

Poem 2: Witches in Stories: 4.5 stars. I loved how this one seemed to be just about witches and what they do (gruesome and scary things), but then that final stanza is about someone who thinks x must be a witch. I quite liked that ending. And I also know the feeling when you think someone is a witch.

Poem 3: The Attic: 4.5 stars. Yeah, an attic poem. I don’t like attics, well, especially if you can’t get to them easily. Like in this story that you have to climb up a rickety ladder. It already was quite creepy but then it quickly got even creepier. Well written! The illustration accompanying it made it more grim and spooky.

Poem 4: It’s not just a cold: 3.5 stars. A kid who thinks he is cursed, and I loved the direction it took, and then the ending was that, I was already expecting a whole other ending, but this one is much more fun.

Poem 5: The Noise: 4.5 stars. All about a noise someone hears described in gruesome details. That last stanza was just brilliance. Yep, that is definitely worse, now it is probably behind you. Dum dum dum.

Poem 6: A Monster Confesses: 2 stars. While I loved that this one was about a monster confessing that he liked children… to eat… slathered in ketchup.. I did think it was also a tad boring. Maybe if the last stanza was different it would have been just a bit better.

Poem 7: The Ship: 2 stars. Again not so creepy, I knew what was up with the pirates. I did like the warning at the ending. Though again, it wasn’t that creepy so I wonder how many kids will be impressed by it. 😛

Poem 8: Full Moon: 1.5 stars. About the full moon and what it does to people. How it makes them weird. How some change more than others. But yeah, there is so much you can do with a werewolf and I feel that this one could have been much more.

Poem 9: The Statue: 4 stars. Ohhhh, look we are back to creepy stuff. Yep, never get something in the house that has glowing eyes. Or looks creepy for that matter. I hope the family can be saved, the ending was pretty open-ended. I do hope that dad learned not to take everything he sees on a yard sale.

Poem 10: When I’m A Ghost: 3 stars. Nice idea, but it was just a bit boring. I did like the ending stanzas more than the first ones. The later ones fit more with the Literally Disturbed title this series has.

Poem 11: Someone’s Got A Voodoo Doll: 2.5 stars. Ohhh, voodoo dolls! We see how someone experiences the potential pain of someone cursing them with a doll, and while it got a bit tedious, I did like the last sentence. “Or I’ll make a doll of you.”

Poem 12: Bats: 3.5 stars. At first I thought this would be just a boring poem about bats (though bats are totally cool), but then it turned into something else. Oh my!

Poem 13: I’m Not Scared of Nothing: 3.5 stars. I had fun reading how this tough kid isn’t afraid of anything, not ghosts, not witches, no vampires, nor werewolves. But the best part was the last stanza. Nicely done!

Poem 14: The Deep End: 4 stars. Ah, a poem about something potentially lurking in the deep of the water. Oh yes, I always love those stories, and this poem was also very well written. It was creepy, spooky, and the ending stanza was great.

Poem 15: A Prediction: 4.5 stars. It took me a bit (I am so tired) to figure out what this poem was about, but then I was delighted. Mummies! It was a spooky poem, and I can imagine that the mummy may want to do that. After centuries of being locked up.

Poem 16: What’s Wrong With The Dog?: 4.5 stars. Ah, pets seeing something that their owners cannot. It always creeps me out in horror series and movies. At times we the viewer can see it to, but sometimes we just see the pets acting all weird and funny. I would definitely get out of the house though. 😛

Poem 18: Old Tree: 1 star. My least favourite story. Ohhh, a scary old tree. Nope, not feeling it. Though the illustration certainly brought fear, dang that is one creepy tree. I guess I will just give one star for that illustration that tells a better story than the poem did.

Poem 19: How I Check For Monsters Before I Go To Sleep: 3 stars. Haha, I could relate to the kid in this story. I used to be like him, though unlike him it didn’t take me all night to check, but I did have my round of things to check before I could safely tuck in.

Poem 20: Ouija Board: 5 stars. Ohhhhhh, I love Ouija board stories! I never get why people would play with it, but it is always fun to see them realise that for themselves. I loved how at first this all seemed cutesy and sweet but turned dark oh so fast.

Poem 21: Zombies: 5 stars. I guess it was expected that this one would feature zombies as well. We have had vampires, ghouls, witches, werewolves, and I was already wondering if these shuffling undead would also get a place. This was a fast-paced poem with tons of creepy moments, and that ending. Wow.

Poem 22: What Happened to Little Jan Banks: 4 stars. A little girl accepts a dare and disappears, it was really well written though I had hoped for a better ending. Maybe someone who sees her haunting that hill she had to walk to?

Poem 23: Headless Horseman: 1 star. I normally love HH stories, but this one was a bit too short and plain. I had higher expectations when I saw the title.

Poem 24: Shadows: 4.5 stars. Kid, I know the feeling. I had the same when I was a kid, and even tried to jump only in the lighter parts (if there were any) when I had to go out in the dark. I know, like the girl, I also had times I was just wishing for the light to come.

Poem 25: The Witches of East McClintock Street: 2 stars. It was quite a good start, but then it went downhill. I thought we had some real witches here… but I guess not.

Poem 26: The Bite: 4.5 stars. Someone is bitten. Someone wakes up with two little bite marks. I am glad that instead of staying frozen or giving up this person is all up to finding a cure. Finding a way to reverse what is coming. To battle the darkness.

Poem 27: Hiking: 5 stars. I just love stories about people hiking to scary forests and woods. In this one the dad tries to convince his kid it is all right, but is it all right? The last stanza was pretty dang fabulous.

Poem 28: The Vampire Sleeps: 1 star. The illustration was creepier than the poem was. 😛

Poem 29: You’re a Skeleton: 1 star. Not truly creepy, I had expected some kind of twist near the end, but it never came.

And with that we have reached the end of the poems. I have to say that for something that is called Literally Disturbed I had expected more spookiness, more creepiness. Quite a few of these poems are tame and soft. The only thing that was always creepy was the illustrations. The style was just perfect and it make even the tamest stories creepy. I was looking forward to ending each poem and then flipping to the next page and see the illustration. What would be on there. What kind of horrors were waiting for me?

Even though things were a bit boring at times, it was still a good bundle, and I have found several poems I love! I would recommend it. And I am going to quickly read the next book in this series.