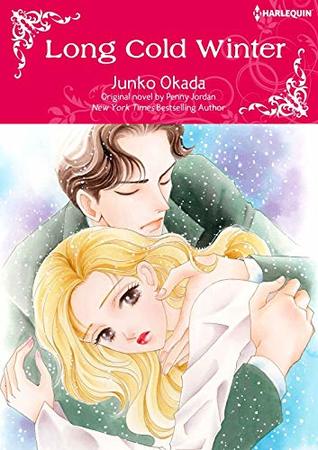 A new Harlequin Manga, it was hard to select one out of the ones I still had. This one sounded the most interesting, though the blurb also confused me. So, this girl married a guy years ago, then left him, never divorced him, and now he wants her as an emergency wife or else he won’t allow her to divorce him? Whut? I guess I will just have to read and see what the hell is going on.

Ah, she wanted to divorce him but couldn’t due to the law. What a shitty law. Sorry, but really? What if a girl is in an abuse relationship? She needs to wait 5 years before she can dump the guy officially if she can’t get his permission to divorce? Whut? OK, now the blurb makes more sense.

“Good sex doesn’t equal a good marriage.” Truth!
And then Yorke: “No. You always had a strong reaction when you were underneath me. I’m a man. Your body understands better than you do.” Urghhhh. Yorke. Please.
And then he proceeds to force kiss her and throw her on the couch/bed… what the hell? No. Just no. I am glad that she is able to move away from this and tell him no.

Oh, you never needed your girl until now because you have some fancysmancy work thingie and it looks better if you have a wife? Whut? And then you only give her until morning to pack and come with you. What a prick. But then again, I can see her and him getting back together, it is Harlequin Manga. sighs

We read about their relationship how it started, how she ran away the first time, how Yorke is more into it for the sex (he just ravishes her and then leaves again). Dang.

And so their two month thing starts, and it isn’t until much later that he touches her and does things with her, while she is not into it at all. Or at least not entirely.
Oh, classic Yorke: “I’m not the sort of disgusting person who would rape a woman.” OH no, you are not, you are worse. She is clearly not wanting you and you are touching her, kissing her, forcing her down. That is just as bad as rape mister.

I am now halfway and I am just not liking this story or the characters. Yorke is terrible, Autumn is just boring and should just walk away. This is not worth it.

Ewwwww, dude. You promised you would leave her alone, and just because she was assertive towards a dreadful sticky girl you barge into the bathroom while she is naked. What the fuck? She says she doesn’t want to, she says to stay away, she hates you, but then yes, she said yes. You broke her, congrats. What a terrible shitty thing this is.

“Yet despite that, I’m still in love with Yorke.” Yup……

Aww, and now we get Yorke’s sad sad backstory. Sorry, after so many pages of him abusing the fuck out of this girl, not listening to her, being a dick, we have to feel sorry for him because his past was hard? HA. NO. Sorry, he keeps pushing, grabbing our MC at her wrist in a very strong way, being rude. NOPE. JUST NOPE. >.<

She also meets up with Alan, what a coincidence…. but Alan decides that Autumn loves Yorke (really?) and leaves her. OK.

I am happy that she finally got those papers, but we still have 20 pages to go so I can still expect drama and them having a happy ending… sadly. Oh, snorts So she is going away with her car and you immediately think she is leaving you? I know she left you twice, but do you really think she would just go now? She was taking care of you. And so much drama after that with some confessions here and there, but sorry I just wasn’t feeling it after all the crap that Yorke did. I am willing to forgive, but I won’t forget the crap he pulled.

But hey, the art was pretty OK. Though at times with the sex scenes or sexy scenes (though they weren’t that sexy due to how things were done) it looked like the characters melted together. 😛

So yeah, not my favourite, not at all, I had tons of issues with this, and I still can’t see the attraction between the two characters. 😐