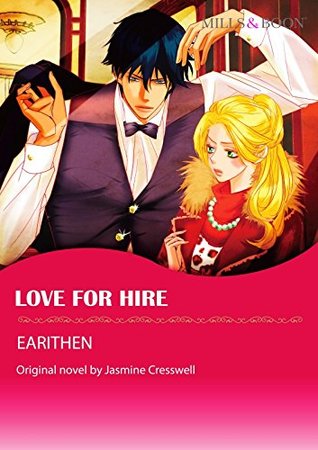 Book #3! Still many more to go, but I don’t mind. OK, maybe I do mind a bit as I would rather read these than review them, but thankfully writing reviews for these manga isn’t hard, especially since I write them as I read them. So, I wanted to read this book next. The cover was really nice, I just adore the way the characters were dressed, and the blurb sounded cute and adorable. Though I have seen this plot before. Hopefully it is different from the other books I read featuring this plot.

Wow, ouch. Julie’s younger sister is marrying Julie’s first love. Dang, that is painful. snorts And it seems that our girl has made up some amazing lies. Ouch, though it is hilarious that her parents don’t suspect anything. Gee, we never see this dude, gee, he is always away during family moment. Mmmmmmmmmm. Nah, he must just be busy. Oh, but later, on page 50, mom did express her doubts.

I just love that there is a guy around who has the same name as her imaginary fiance. And boy, I love that guy, he is just so funny. Though maybe he should give up after 20 times… Desperate, but still adorable. Sorry, I can’t be angry at this guy, he is so funny. And besides, we all know he will play an important role in Julie’s life very very soon.

His (and the staff’s) reaction to Julie asking him to come with her to talk was hilarious. The conversation went better than I had expected it to go. I am glad Robert went along with it, though he is really a goofball. Dear heavens above, that guy is hilarious. I wonder if we can also see a more serious side to him, I do hope so.

Um, that is not a gentle kiss. But, sure, whatever floats your boat. 😛

I can imagine Robert not being happy with the current situation. Yep, she just brought you along because her first love is getting married and she didn’t want to be pitied.

Oh crap, the drama begins. Holy what John? You can’t just say that to a girl, and especially not on the night before your wedding. No, just no.

Wow, girl, maybe he is richer than you may think. I am sure he wouldn’t bring you to a restaurant to have you pay for food. That is just not how Robert works, at least based on what I have seen in the past pages.

I am rooting for these two to get together, they have a certain chemistry and their kisses are hot and steamy. Yeaaaaaaaaaahhhh, I just love this. The sex scene was just adorable, I loved their faces and I loved that Julie realised that she loves Robert and Robert loves her. That she never loved John (good girl).

Though I am worried, we still have 30 pages to go… and Harlequin loves throwing in drama. Please don’t. sighsBut there we go. Drama. Always. Why the fuck do we need this. Why can’t Harlequin writers just be happy with how a story goes. Good grief. My suspicions regarding Robert were correct, but I was severely pissed at how he acted when he thought Julie was using him. What the actual fuck dude? You don’t just do that to a girl. And why don’t you just listen to the girl. She is 100% honest with you, and you treat her like crap. I get that you had ONE shitty experience with women, but that doesn’t mean ALL of them are terrible.
Thankfully, and as magical as always, one little conversation with someone special has him changing his thoughts just in time for the happy ending that we all know is coming.

I am happy with the ending though again all that drama wasn’t necessary. I am also sad we didn’t get a wedding between the characters, I would have so loved to see that.

The art was even better than the other work by this illustrator. The eyes were much better in this one, and other things also were better.

All in all, still a wonderful manga, and I had quite a lot of fun reading it. It would have been 5 stars if the drama wasn’t added/so dumb, but now I am rating it a 4.5 stars.