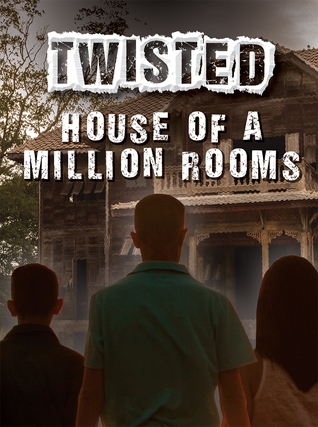 I was definitely excited when I spotted this one up on Netgalley, I am always looking around for some new horror/ghost/haunted house stories and this one seemed to be right up my alley.

Sadly, while it was scary at points, it wasn’t as scary as I had hoped. Up until the point that they went into the house, and then a few bits of the house it was scary. Then it suddenly went way different and to be honest I wasn’t scared any more. And not just me, the kids also were barely scared of things which turned me off even further.

Plus, I can imagine that you are shocked to find out what your family did in the past, but I did think the reactions were maybe a tad bit too much. Yes, your family, and families of the town did something horrific, and yes it is terrible that it happened, and yes you will have to live with the fact they did that, but it still felt a bit too much.

In the end I had just wished the people had talked about what had happened. Instead of acting grumpy and suspicious. Because, hello? Kids are going to be kids, they are only getting more and more curious as you withhold stuff from them. I didn’t blame them at all that they went inside the house, I think I may have done the same. 😛

I am glad that they found the source of why the house kept regenerating. And that they could help it out.

The story is written in simple/easy and often short sentences which didn’t make it easier for me to read, but I can imagine it delights kids, especially those who have a hard time with reading.

All in all, still an OK book with some scary moments, the Salem-trials is also named, and the house was interesting (though in the end also a disappointment).