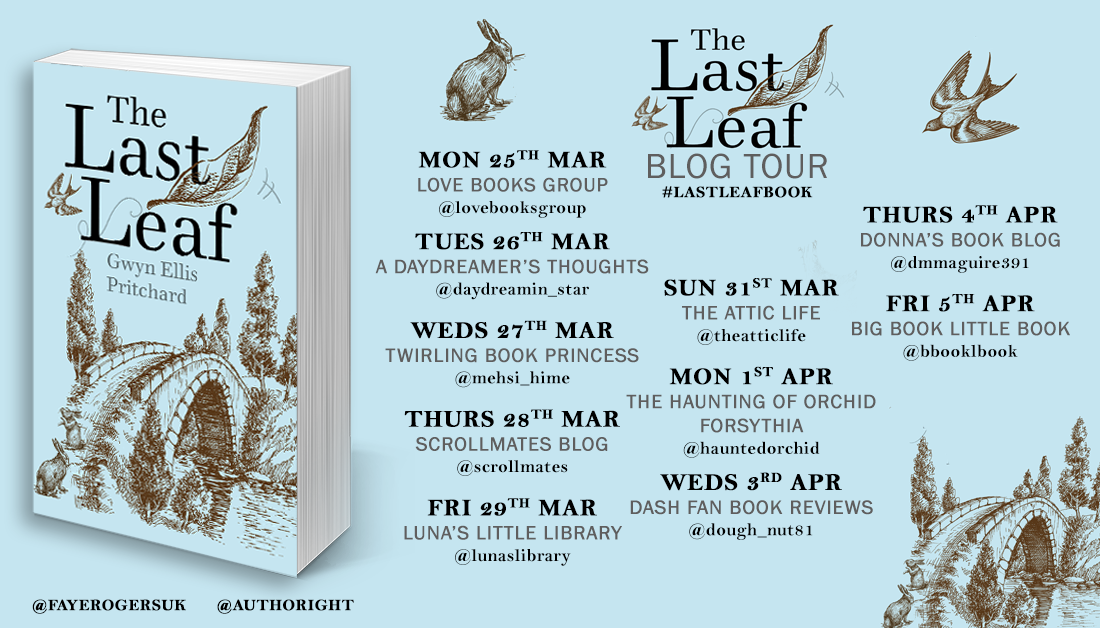 Welcome to the Blog Tour for The Last Leaf by Gwyn Ellis Pritchard, I am delighted that I can be part of the tour!

For today’s post I will tell you all about the book + the author. 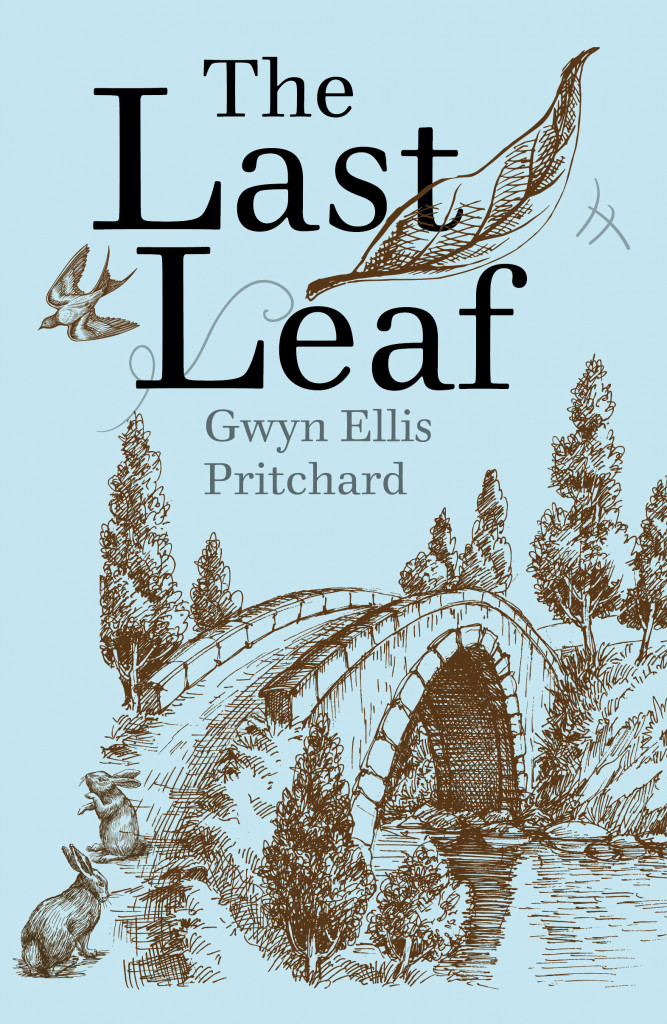 “You will have to place a small handful of the maggots under your tongue, and must hold them there for a full two minutes,” Jack instructed Isabella . . . .And boy did they wriggle! She struggled not to wretch!

Two worlds collide when a chance meeting brings together Jack and Isabella. Jack, the son of the Head Gardener of the Oakfield Estate, finds himself a friend in the lovely Isabella, the ‘little lady of Oakfield Hall’.

Set in Victorian times in the Southern Counties of England – with an intermittent welsh presence in the form of the Jones’ travelling gypsy family – much laughter, dance, music and cultural challenges lie before the two friends this summer!

How will the delicate Isabella fair among the unfamiliar countryside with its host of creatures and seasonal demands?

Will the rugged, uneducated Jack rise to the challenge of learning to read and write poetry about his beloved countryside – poaching, skinning rabbits and river fishing?

Every day is an adventure and it seems they are meant to be together, always. Or are they?

Read about their exciting adventures and discover the true meaning of friendship with them as they each discover new worlds and new challenges!

My name is Gwyn. I am 60 years old, married with two grown up children. I have worked in the IT industry for almost 40 years. Both parents were Welsh speakers preferring to keep their secret language to themselves rather than pass on this heritage to their children.
My Father was an Auditor attached to the British Forces on the Rhine, and we were constantly being moved around from town to town. My early schooling was therefore haphazard, and I struggled to achieve academically in the British Forces education system. So I was sent to Boarding school in Norfolk from the age of ten to sixteen years old. The standard of teaching there was poor and had a very high turnover of teachers as well as pupils. But it was there that I developed my passion for rugby, and at the age of 15, along with a couple of chums, I was invited to play for Diss Rugby Club. I later played for Delyn Rugby club in North Wales for a number of years but sustained too many injuries to take the sport any further.
I have always been interested in storytelling to younger children, being nicknamed “Gwynanory” by one family group who benefitted from me making up stories to fit situations such as; finding a lost teddy, being bullied at school, going to the dentist, or being over excited for Christmas.
I must confess that I am not an avid reader. I do like certain biographies, and I also enjoy crime thrillers. But I mostly enjoy reading about the history of my spiritual homeland in the mid Wales region. I am an impatient reader though. If I do not get the point of the book early enough, or if the style of writing annoys me, then I might just abandon the book and move on to the next one.
The Last Leaf is my first book and I loved writing it. I get quite emotional when I read it back, and then when I do, I wonder if I could have explained a situation better, or added another chapter or two or three. I’m looking forward to carrying on writing and have so many more stories to share.

This Blog Tour was organized by:
Authoright