Welcome to the cover reveal for Nicole Conway’s newest book (and third in the Dragonrider Legacy series): Legend!

For today I got a magical cover, I will tell you about the book/author, and you can join a giveaway!

The final battle is upon us! 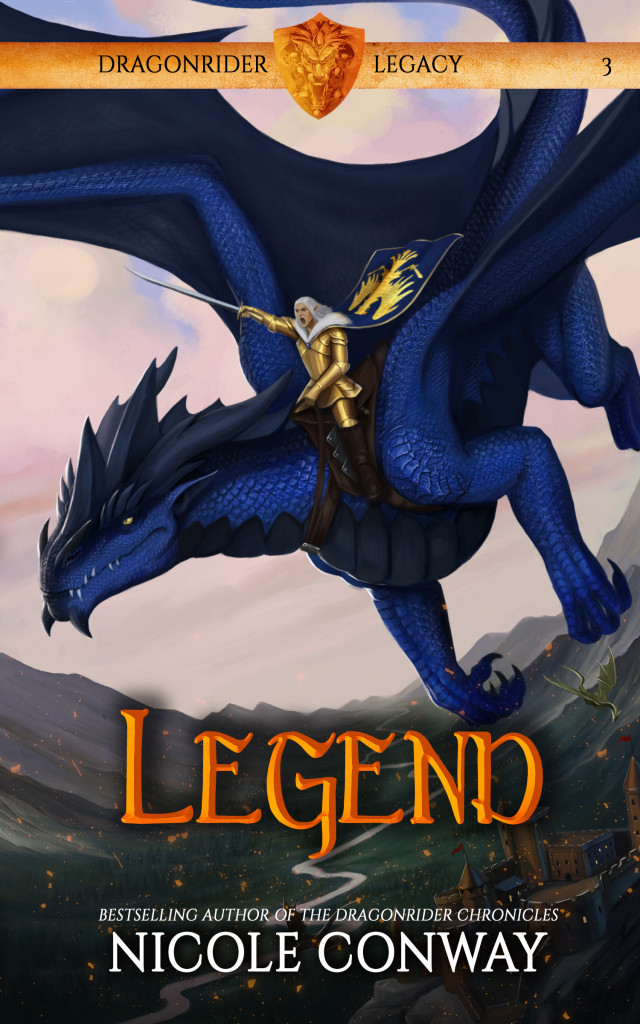 In a war of gods and tyrants, the will of the dragonrider must never falter.

Captured and tortured by the brutal tyrant, Argonox, Reigh’s worst fears have now been realized. Argonox has successfully twisted his mysterious dark power for a truly evil purpose—reanimating the long-deceased legendary dragonrider, Beckah Derrick, and her monstrous king drake. But Argonox’s cruelty won’t end there, and Reigh fears the worst is yet to come. Rescue is unlikely as the Tibrans prepare to make their final strike, poised to break Maldobar’s ranks of proud dragonriders once and for all.

With many of its cities already captured by the Tibran Empire, all hope now rests with Jaevid, Princess Jenna, Phillip, and their mismatched band of dragonrider allies to lead the last stand and save their kingdom. Even in such frightful times, Jaevid may find he still has a few old friends ready to take up their weapons and stand at his side again. But facing down Beckah is perhaps the one thing that might break Jaevid’s resolve. Can he really strike down the woman he used to love in order to save the kingdom?

One final battle will decide the fate of our heroes. Can the strength dragonrider prevail once again? Or will the Tibran Empire become Maldobar’s new legacy?

Pre-order it here: Amazon
About the author: