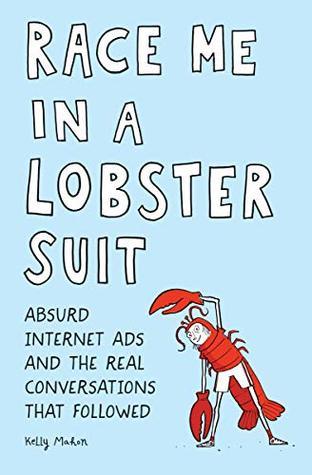 I saw this one on Netgalley and I just laughed so hard when I read the title and the description. Good grief, what could possibly go wrong with absurd ads and people reacting to it?

Just sad that I couldn’t read this one on my Kindle as the format got quite scrambled and the illustrations didn’t show. I had to read it on my PC which made my eyes cry.

But this was just such a delight to read, though I have to be honest and say that I highly doubt the authenticity of these stories. Maybe she did write all those ads, I can believe that (as I have seen some hilarious ads myself in newspapers and magazines, but the conversations? I have no idea if any of that is true, it just seems too weird and absurd and I just can’t imagine people going that far or her taking it that far. Plus I do feel it is a bit shitty to lie about things, making up an ad is one thing, but lying about things/making up a whole story seems a bit too far. Then again, I guess if she hadn’t done that the conversations would just have ended quite soon, now they went on and on for quite a bit, getting sillier and more and more absurd. Like the cocoon one, I didn’t think it could get even more hilarious but then she told about the previous years and all she wanted with it and I was just laughing.

There are various categories, we first start with stuff for herself, then there are events. There may have been more, but I was mostly concentrating on the ads/the conversations. I only noticed these two because it was such a change.

All in all, this was hilarious, I do hope she will write another book filled with these hilarious ads and conversations.