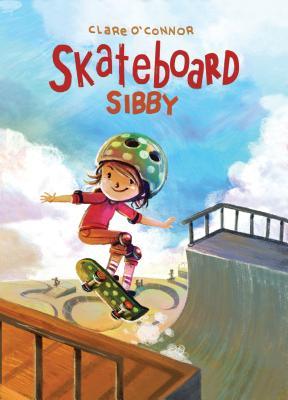 So what does one do when one can’t sleep (too much on my mind, wedding, dentists, moving)? Read some books! I decided it was the right time for this one. Sadly, I have to say I didn’t like it that much, and that was mostly to do with Sibby. Oh, and Freddie, oh and Charlie Parker Drysdale. But the biggest problem was Sibby.

Sibby who seemed like a very cool kid, I have never done skateboarding, but I do love people perform tricks, so I was excited for a girl character who could skate like no other. Or well, she is pretty good. She still has tons to learn but I feel that she may turn pro if she keeps it up.

My biggest problem with Sibby is how she acts. What she says. What she thinks.

And yes, I could go on, but I feel this is enough reasons why I didn’t like Sibby.

Freddie is just your classic bully and I didn’t like him. Oh boohoohoo, does your life suck? So? Sorry, you can’t just go around bullying people. Sorry, this sounds very mean, but I am tired of having bullies in books that have excuses, like we should feel sorry for them. Bullying is bad.

Charlie. Please, boy, could you just tape your mouth? It is so very rude that you keep blabbing anything people have told you. And that he didn’t even notice until Sibby mentioned it. Wow.

Esther. I did like her, but I did get tired of her saying certain things. Like that she would buy a board, or that she would do x and y, and some stuff about parents. Thankfully, Sibby is able to tell her how she feels.

The big show down was fun though, I was rooting for Sibby (yes, even if I didn’t like her she is still better than the bully).

I also liked Jake. He was quite a nice surprise and I am happy to how his character turned out.

So yeah, skateboarding was fun. The ending was good. The showdown was exciting. Jake was a good character. But the rest just wasn’t my cup of tea.