Welcome to the Blog Tour for Yumoyori Wilson’s spy-tastic book: S.S.S. Year One! I am happy that I am part of this tour and that I can share an excerpt with my readers.

Next to an excerpt I will also tell you about the book/author, and there is a giveaway for you to join.

Let’s get spying, time to start this blog tour. 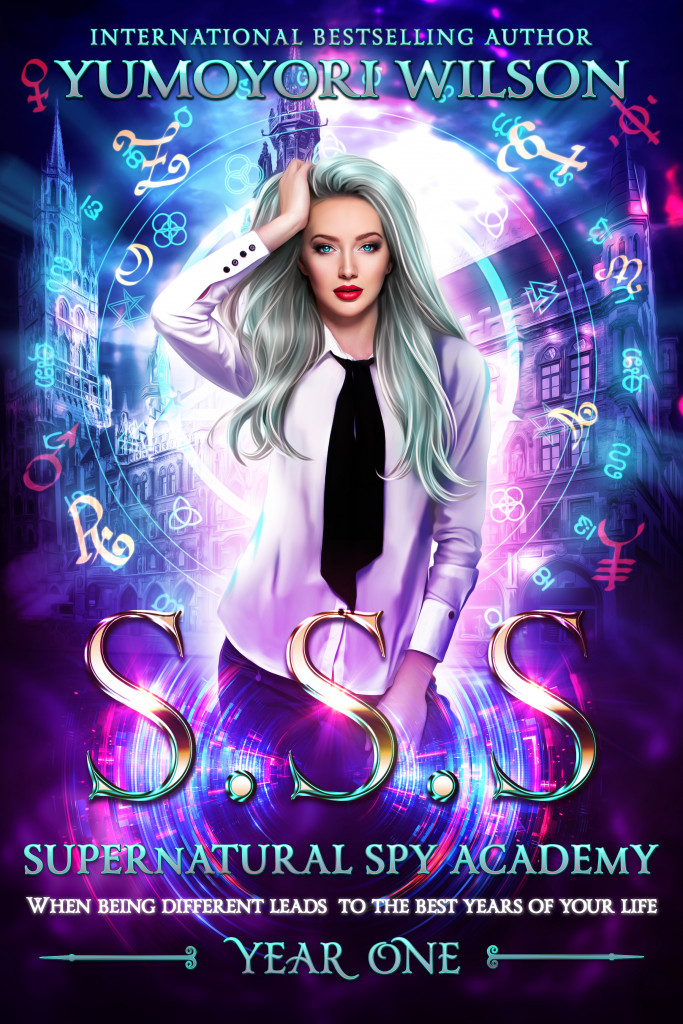 When being different leads to the best years of your life.
There are three key components required to get into the most prestigious, top spy academy in the world:
Skills.
Strength.
Survival.
My name is Silver Spell Solange. No, I didn’t plan for my initials to be the same rank needed to enter the spy academy. But I would do anything to get into the one of a kind school. I have the magical capability of an Elemental Witch, the strength to kick anyone’s ass, and quick problem-solving skills to get my teammates out of any jam. There’s only one small problem – the other ‘S’ I’m missing.

I’m not a part of the supernatural race.
After realizing the my only shot at my dreams is at the brink of extinction, I’m unexpectedly teamed up with a werewolf, a dragon, a fallen angel, and a hellhound. The four of them carry the assets and abilities I need to gain my spot into the Supernatural Spy Academy (SSS).
With the clock ticking and not much leg room for an SS score, I accept their bet, knowing I’ll easily handle whatever they request from me.

I didn’t think their bet would lead me to date all four them.
It’s time for me to buckle up. This four-year roller coaster is about to begin, and its a bumpy one-way ticket to becoming the next “supernatural” spy.

READ FOR FREE ON KINDLE UNLIMITED! 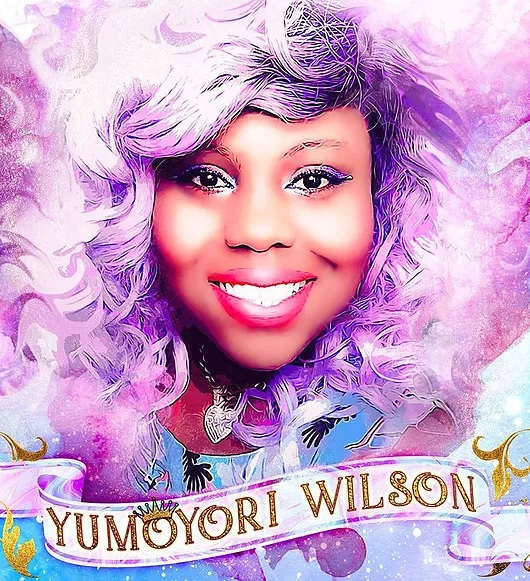 Yumoyori Wilson is a full-time author who has a slight addiction to bubble tea.
She previously was a Pediatric Registered Nurse, working her night shifts away and reading her kindle during her breaks. She decided to take the chance at becoming an author and is now working on multiple projects in various genres, including Paranormal Romance, Urban Fantasy, Sci-Fi, and more.
She lives in Toronto, Ontario and loves to bother her lovely Mother (also known as her Queen) and has many projects and plans for her readers.

No way are his eyes real.

I had to blink a few times to make sure I wasn’t seeing things.

The shifter standing before me was 6’2″ and had long bright orange-gold hair that shifted to a dark blue-black.

Only tiny specks of gold that appeared as though they were glowing descended into the darker half of his ombre hair.

His hair wasn’t as long as Yuriel’s, just reaching the midpoint of his back, but it complemented his milk chocolate complexion.

He had smooth lips, and his face was oval shaped with a small stubble growing.

He wore a button-down black shirt, three of the buttons intentionally left open to reveal a glimpse of his sculpted pecs, and gold jeans that had a hint of shine to them, making them appear rather expensive.

He wore a gold earring on his left ear with a moon gem in the middle, one that changed colors.

What still caught my gaze were his gorgeous eyes. Having different colored eyes was common, but usually one eye was normal and the other was an odd shade.

In this guy’s case, both eyes were brilliant with color; the right one was red with a mixture of orange and gold while the left one was teal like the ocean with hints of purple and green.

They captivated my attention and drew me in, but I remembered he had the quest I needed. I tugged the paper slightly, and he arched an eyebrow at me, tugging it back in defiance.

“I got to this quest first,” I announced.

“Sorry, cutie, but this quest is going to be mine and my partners’. Now let go.”

He had an interesting accent, but I wasn’t going to be wooed over so easily.

I tugged the paper again, and he did the same. I wasn’t worried that it would rip; the paper was thick and most likely enhanced with magic to ensure it would survive the basic risks like tears, fires, or being drenched by water.

I noticed steam coming from his nostrils as he huffed, a smug smile forming on his lips while his eyes narrowed at me.

“There’s nothing you can do about this. Let the quest go. Or I’ll just have to take it by force.”

Think, Silver, think! There has to be something I can do.

An idea popped into my head, and I couldn’t fight the sinister grin that cloaked my lips as I stared into rainbow eyes.

Yup, I was going to term him rainbow for now.

I noticed a person behind him, a 6’1″ male with gold eyes and onyx hair. He wore white jeans that had gold chains hanging from the sides and a silver T-shirt.

He leaned over to meet my gaze. “Why is she grinning like she unlocked a master plan in her mind?”

That made my smile grow bigger and I took a step forward. Before Rainbow Eyes could figure out what I was doing, I pressed my lips against his, giving him a solid kiss.

“Uh…is that a weapon?” the other guy inquired.

I focused solely on the guy I was kissing, noticing how his eyes went wide in pure shock.

Five seconds went by before he let go and pushed back, bumping into his friend, who had to catch him from falling onto his ass.

“Y-y-you just KISSED ME!” he stuttered, pointing his finger at me accusingly.

I grinned and waved the quest paper in front of him.

“Yes, I did, but I got what I wanted. Too bad you didn’t kiss back.” I winked teasingly. His cheeks were so red, I wondered if he was super angry or super embarrassed.

Poor guy must have not kissed a girl before.

“No, it’s not,” I commented. “Any tactics can be used at S.S.S. That includes kissing someone to get what you want.”