Eep! I am so happy that I can share a new Random Book Haul with my readers! It has been months!

I haven’t had much luck with ABC Bookstore’s the past months, but this time. This time was amazing. They had several manga I wanted and that were cheap (5 euros), though sadly for the Demon Lord manga I had to put a few back as apparently they were a different price than the second volume (no clue why, they do have some weird pricing going on there). But other than that, I was delighted to find so many manga to read. Two series I already have so these are some well wanted additions, and 2 are new series that I have been meaning to get for a while but never had the chance to do so.

Funnily, it has been so long since I last bought something at this bookstore that my discount card wasn’t valid anymore. 😛 I had to renew it again. Teehee. 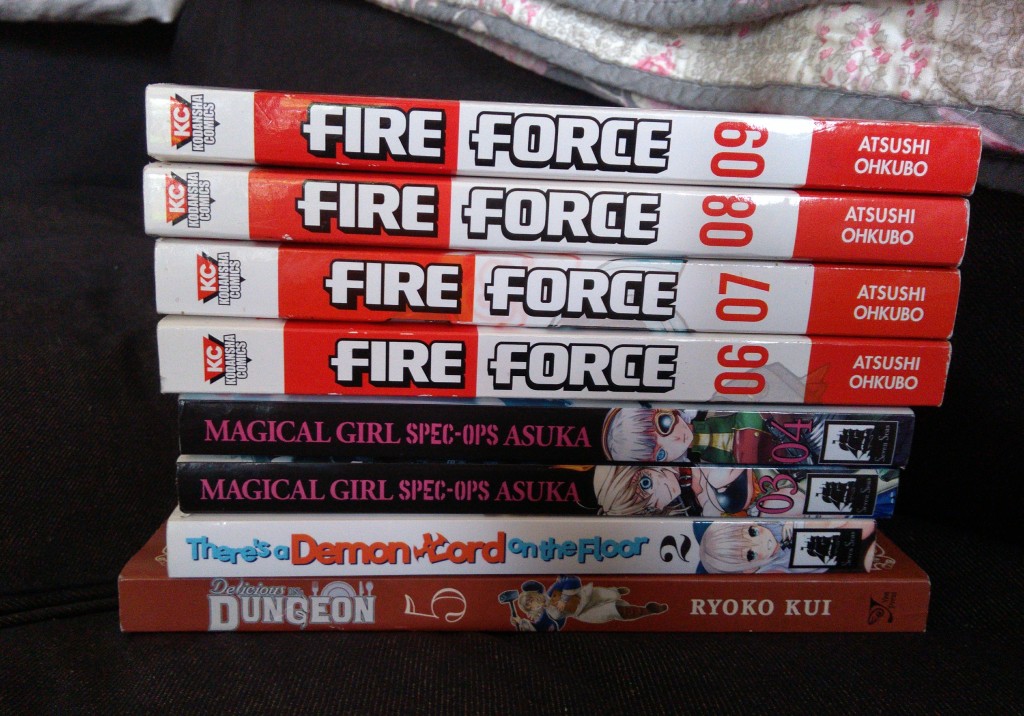