Welcome to the Excerpt Reveal for In Other Words by Jennifer Woodhull. My readers my think this book seems familiar, I also participated in the Cover Reveal last month. I just couldn’t resist signing up for this excerpt reveal as well. 🙂

So for this post you can expect an excerpt, but also information on the book/author. 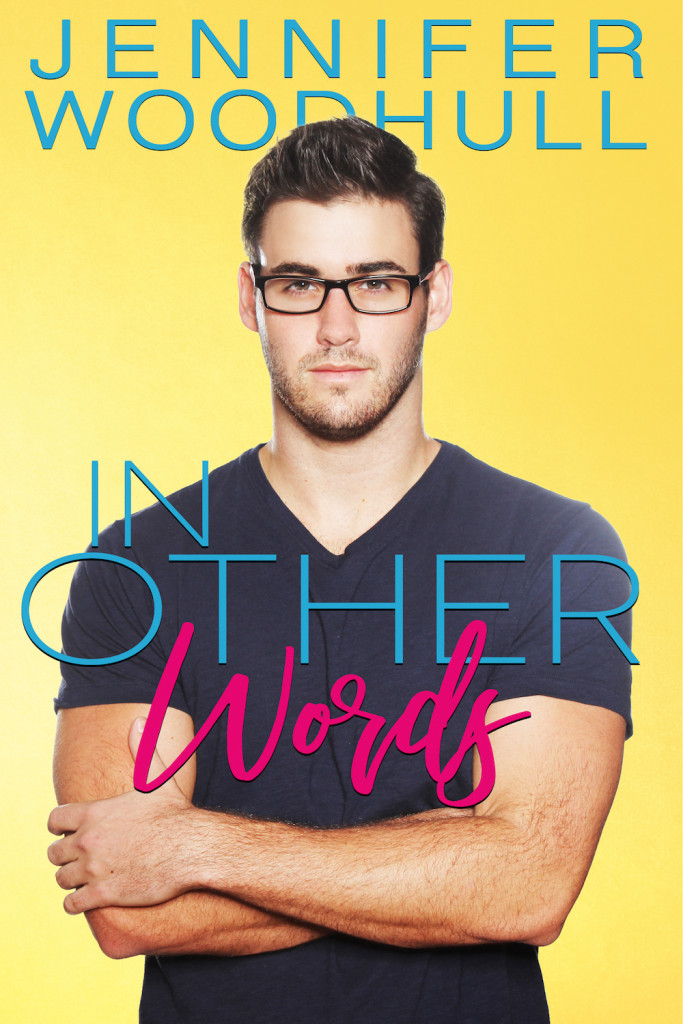 Dexter
We became close friends in college. When Sinclair returns home to Dallas after two years in New York, I introduce her to my best friend Cole. The good-looking playboy ballplayer is the perfect kind of guy for the woman I’m sure would never be interested in me…even if seeing them together breaks my heart.

Sinclair.
He was the nerdy PhD candidate. I was the cheerleader. We made unlikely friends. Moving back home after two years away, he looks hotter than ever. When I start dating his ballplayer best friend, things get complicated. He doesn’t see me as girlfriend material…but I can’t get him, or my feelings for him, out of my head. 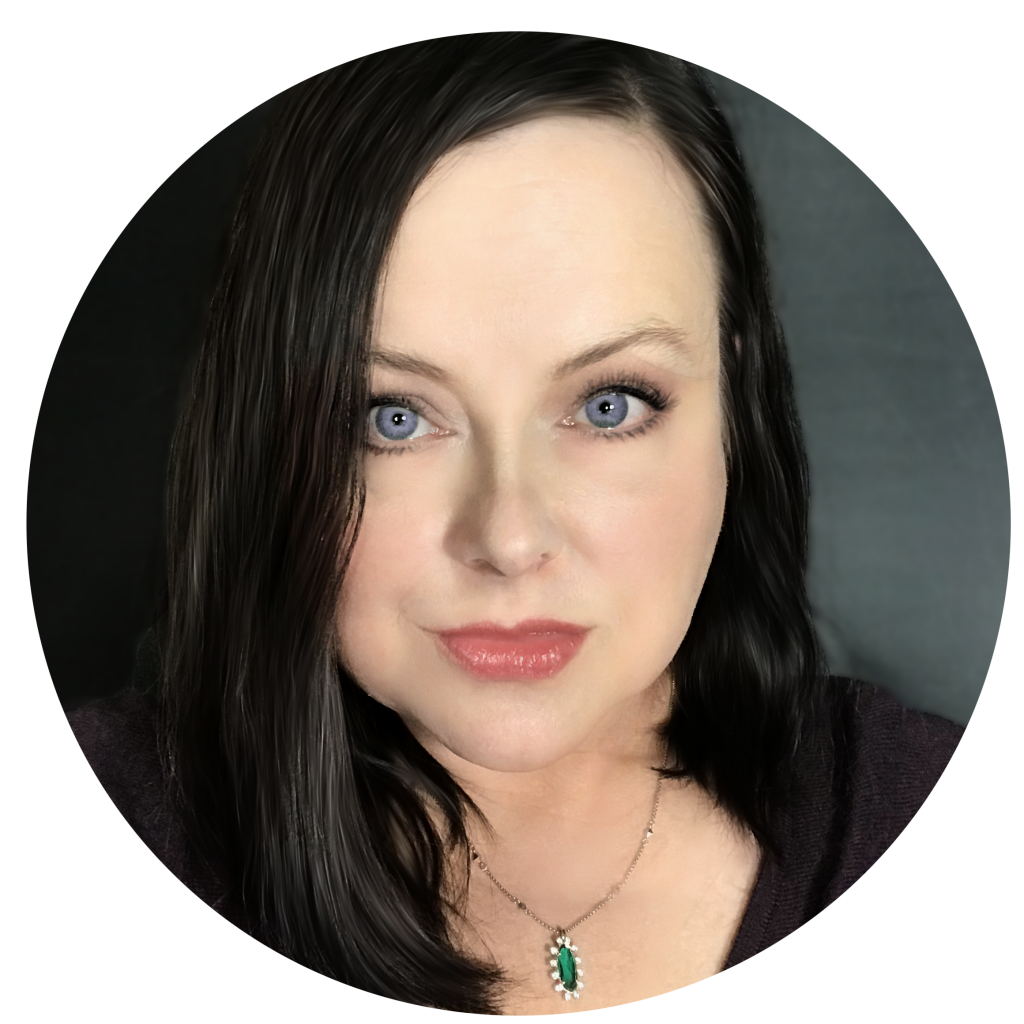 We all need moments of escape. With all the demands on us day in and day out, we each need something just for ourselves. Perhaps nothing provides a private moment – a brief respite from every day – like escaping into a great story. When you pick up one of my books I hope you find that place that you can escape to. Explore the streets of Paris with new heroines or fly around the world to reclaim your lost love with a favorite hero. Whether it’s the romance that takes your breath away or those climactic encounters that make your pulse race, I hope you find that solitary moment of enjoyment while lost in one of my stories.

Excerpt!
There are not enough words. I don’t mean that in a dramatic way as if there are not enough words to express something with which I’m momentarily frustrated. I mean there are often times when the optimum word for something simply does not exist.Fernweh is a German word that describes a feeling of homesickness for a place you’ve never visited before. The Swedish word, lagom, describes taking not too much nor too little, but just the right amount of something. To wear or use something for the very first time is expressed in Spanish by the word estrenar.

I love words more than anything. I love hearing someone intelligent use the absolutely perfect, most fitting word at exactly the right moment. I love anagrams, crossword puzzles, and riddles.

I love how they make me think about language and how people use it. Perhaps most of all though, I love awful puns—even dad-level terrible ones. I only know one person who loves language as much as I do, and he also happens to be the very person I can hardly wait to see.

The Portuguese have a word for the sensation of nostalgia and longing for someone who is far away. Saudade. That’s what I’ve been experiencing since I moved to New York. I have saudade for Dexter Flynn, but that’s about to come to an end.

I walk into The Tipsy Alchemist, an upscale hipster place Dexter chose to start our reunion evening. I visually scour the space, and am disappointed when I don’t see him. I walk the length of the bar and just as I’m about to turn and head back toward the front, a man leans in close behind me and says, “Excuse me, miss, but might I buy your first libation of the evening?”

I turn, ready to tell the guy to get lost so I can call the person I want most in the world to see. When I turn around, though, I’m met with a pair of sweet, soulful brown eyes hiding behind tortoiseshell frames. My heart darts around my chest. I throw my arms around him so hard, I nearly send us both tumbling to the floor.

“Dex!” I squeal, squeezing his neck. His arms wrap around me, and they’re far stronger than I remember.

“It’s about time you came back,” he whispers into the side of my neck as he squeezes me tightly. “I’ve missed you, Clair.”

I feel an instant wash of relief, being here in his arms. The feel of his cheek against mine and the smell of his aftershave trigger an eruption of happy memories. My brain floods with late night talks and board game marathons. My circuits overload with shared stories and supporting each other through tough times—with gushing over books and documentaries at the independent theatre. He has been such a huge part of my life for so long, and now, with him, I finally feel like I’m really home.

When we finally break from our embrace, we both realize we’re standing in the highest traffic area of the bar, and the place is so packed we might be physically in danger from rowdy patrons clamoring for beer.

He leads me through the trendy, dark-paneled space to the back where tiny, high-walled booths, are situated. This area of the bar is quieter than the rest, and the high walls of our booth offer some much-appreciated privacy.

The booth to our immediate right houses what I can only assume is a bachelorette party judging by the volume and frequency of the word woo, coming from their direction.

When the server arrives, I order a cocktail, and Dex orders a beer. “Miss, can I ask, the group of ladies in the booth next to us…is one of them a bachelorette, by chance?” He smirks in my direction.

“Actually, yeah. Are they being too rowdy?”

“Not at all. I was just curious,” he replies. I snicker and he winks in response.

“It’s a cool story, actually,” the server pauses to tell us more detail. “She just got out of the military. She met her fiancé while they were stationed together. He was injured, and she’s a nurse.” She puts her hand to her chest. “They fell in love while he recovered in her hospital.”

Dex and I look at each other, and each make the universal face that any red-blooded human with feelings makes when seeing a baby, or a puppy, or hearing a sweet love story. “Aww,” we say in unison, laughing.

“Would you please take them a bottle of Dom Perignon and put it on my tab? Anonymous, though, please…with thanks for her service, and her fiancé’s,” Dex adds.

“Wow, that’s really nice of you! Absolutely, I’ll take care of it,” the server replies.

When she walks out of Dexter’s line of sight, she catches my eye and mouths the words, “Lucky you,” with a wink. It makes me smile unreasonably wide.

“That was very generous of you,” I tell him.

“I had the good luck to meet an inventor whose work I really admire once at a party. Knowing I was new to success, he told me, “I always say, if you’ve got it, spread it around. Nobody likes a successful, stingy asshole.” I’ve always tried to remember that,” he says with a shrug. We toast to successful good guys.

“You look amazing, Sinclair.” Dex is grinning at me, his brown eyes sparkling.

I reach across the table and take both his hands in mine, giving them a squeeze. “You look amazing too. By the way,” I say, stifling a giggle. “I didn’t know I’d need tickets.”

“Tickets? For…what, exactly?” He cocks an eyebrow up in question.

“The gun show,” I reply, pointing to what I can see is a pronounced bicep on each arm.

His cheeks flush with crimson as he looks down and away. The expression belongs to the shy, gangly guy I met in school, not the hunky, successful entrepreneur sitting across from me.

“So, have you been hitting the gym, or did you invent some magical neurotransmitter that passively enhances muscle tissue?” I tease. “Because if you have, please sign me up as a test subject.
Pilates is torture, but I like to eat far too much to ever give it up without some sort of alternative.”

He chuckles. “I like to think of the fitness thing as my transformation to Dexter two-dot-oh. I have to say, I don’t hate that my efforts are producing noticeable results. I told you about my business partner Cole, right?” He asks sheepishly.

“Your friend Cole, yes,” I reply, rolling my eyes.

I think he still has a little trouble wrapping the high school part of his brain around being friends with a jock.

“Yeah. Anyway, since he pitches for the Frontiersmen he knows all the best personal trainers. He convinced me to start working out with one he recommended. I go to the gym almost every day now. Turns out I’m not as unathletic as I thought I was.” He grins wide, pride evident on his face.

“You certainly seem like you’re feeling pretty good,” I reply. I stand up enough to reach across and squeeze his bicep. “Yep, feeling pretty darn good to me.”

He smiles, then he shakes his head and chuckles. “I really do feel good…and even better now.” Something flashes briefly in his chocolate-brown eyes, then he smirks. “I’m just so happy you’re back, Clair.”

Clair. No one but him calls me that. The way he says it is familiar and makes me feel special that he has a nickname just for me. It’s the same way I call him Dex. Those terms of endearment are just for us, like they’re special words all our own.

By the time we finish the drinks the server brings over my stomach is growling, so we head down the street to a Mexican place that has always been one of my favorites.

As we walk the four or five blocks to the restaurant, a group of girls walking the opposite direction toward us are all checking Dex out as they pass. I turn to look over my shoulder and see them all looking back, whispering and giggling. When I look over at him, he seems oblivious.

And this is why he has trouble finding the right girl. He has no clue when a woman is into him.

I bump his shoulder with mine.

“They were checking you out,” I say with a smirk.

“That group of girls that walked by. They were cute, too.”

He rolls his eyes.

And that’s the other reason he can’t find the right girl. He has never fully explained the criteria with me, but he seems never to have found a girl that checks all the boxes on the list of Dex requirements for the perfect girl.

Someone as genuine and kind, as smart and as funny as Dex deserves someone wonderful, though—someone who can see him for everything he is. I have tried to resign myself to the fact that I’m not that girl in his eyes. I only hope that one day he finds her, and she deserves him.

That brings me to another word that should exist, but doesn’t. There should be a word for enjoying something you have, but still wishing it was much, much more.