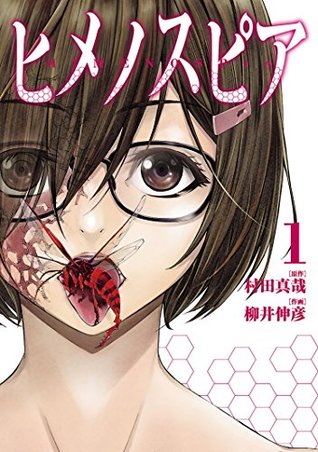 A girl gets stung by a wasp (and then forced to eat it) and turns in a human with pretty dang amazing (and creepy WTF powers).

I was a bit put-off at the start of this manga, but in the end I am happy that I read these two volumes. I won’t be continuing this manga though as I just couldn’t stand it any more.

I have written a small-ish review per volume, and edited them for the blog.

: My first reaction to this manga: WTF did I just read? The second reaction: OMG I can’t stop reading. While this manga is pretty disturbing at points given the bullying in the beginning and some scenes afterwards, and it is escalating to the point of ridiculousness, I still want to keep on reading. I need to know what Himeno will be doing next. How about her comrades? And will they find a cure for whatever is going on or are they OK with what they are now? I did think it is a shame that things escalated so quickly, I would have preferred some more cute scenes with Himeno and her new comrades, um, friends. 😛 Things like them going on dates or other cute events so we would get to know them a bit better, see the group dynamic a bit more, see Himeno in another setting. Instead things just go way too fast. The bullying in the beginning is horrific as hell, so I would like to warn people about that. It was a bit hilarious to see the stinger pop up at times given the place it pops up from. The art is pretty good, I especially love the faces of the characters. 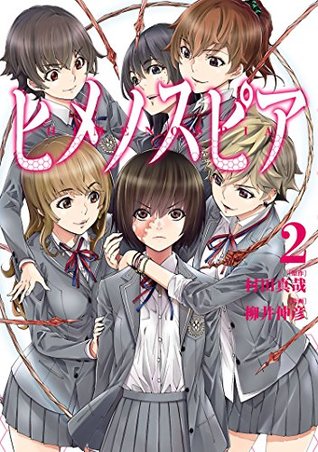 : The second volume of this series, and boy I am not sure what and how and if I want to continue. On the one hand yes. On the other hand… no, mostly with how the story’s pacing is. It goes at a ridiculous speed and at times I wonder why we can’t just slow down a bit more. Things are also over the top, without any regards the police force just barges into the school and shoots down anyone and everyone, even if they may not be a comrade. What the hell? There are some other things that also just seemed weird, and again that has to do with the pacing. Himeno’s growth is just too unrealistic. She goes from scared and afraid to loving her role as a queen and embracing it to the fullest. She does things in here that I wouldn’t think she would do already. Maybe in a few months when she is used to things. The plan was weird, and the ending made me scratch my head. Also the last chapter in this volume made me hope for something.. but my dreams were shattered with boring explanations.

All in all, an interesting idea that there can be a queen wasp in human form and see what kind of things she is capable of, the art was quite great, but yeah, pacing and lack of real character growth made me stop reading this one after Volume 3 chapter 1 (allergy to kindness, whut?).