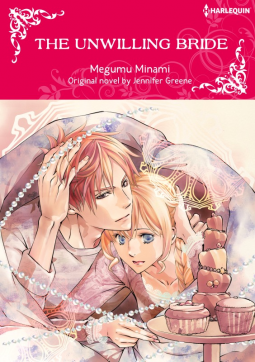 The next one in line, and oh boy it has a gorgeous cover! I am not a big fan of the expression on the girl’s face, but the rest of the image is just stunning. I am also loving the blurb, I am curious to see how these two will grow together. He more then willing to go further with her, and she interested but also loving the solitude of being alone.

Oh, I just love the things she makes, though I had to look up what cameo was again. But now I know, and I love it! That she make something so beautiful on something so small. Dang, talent!

Lol, a guy bursts into her place and her first reaction is drooling over him, only when he grabs her and tries to tell her something (using endearments that one just doesn’t use on women if they don’t know them) she gets pissed. 😛 But she goes along with him, and oh yes, she was baking something. Girl, you are even worse than I am.

I did think it was funny that he wasn’t able to utter a whole sentence in English or understand much of what she was saying, but after the fire was extinguished they had a whole conversation with some very hard sentences for people who have only a small grasp of English. 😛

Lol, he is creepily staring at her through this window (though I did think it was amazing he could see her so clearly given the distance is pretty big). This sentence though: “She can’t be a virgin. No woman in America is a virgin after the age of sixteen. That’s what I learned from the media.” Um…..

snorts Their conversations are just hilarious, and I am not sure what that dude taught our guy, but all the wrong things it seems. I did think it was even further hilarious that he calls her beloved.. in Russian. It is good she doesn’t know what it means otherwise she will go on another rant about gender equality and such.

While I understand that he comes from Russia, I still think it was odd that he was just intruding on her space all the time. Never heard of asking at least?

And sorry, artist but do you have to make the guy ugly at times? We go from sexy and details to some kind of simpler face which looks really odd and out of place.

These conversations are so awkward. It just ruins the sexy moments.

Oh, we do find out that he can actually speak English? Oh man, what a dick. Sorry, but leading a girl on, and also acting like she is the one who doesn’t understand, and then also just calling her all sorts of names… I am not a fan of this guy. But does explain why he at times seem to understand so much and also is able to do some long sentences.

Sorry, that sex scene is just ruined by terrible English. Eventually I gave up on reading the text bubbles and just looked at the art.

The rest of the story just keeps being that. Fun romantic moments, but ruined by silly and dumb broken English. It made it hard to read and I had times I just got thrown out of the story by the dialogue.

I am not even sure if he ever told her that he was good at English, or not. Again, the dialogue was such a mess that often I just skipped over it or just didn’t care any more. Sorry, but it just didn’t work out.
They were a cute couple though, and I was rooting for them. They had some romantic moments.

The art? I really liked it but as I said a bit above, why does she need to deform his face/body at times and then a panel later just turn him into sexy guy again? It was really strange.

All in all, not for me. The broken English, the weird conversations, the fact there is still tons to be said about his character, it just didn’t work.