Welcome to the Blog Tour for Smooth Moves by Marie Harte~ I am so very excited to be part of the tour, the book sounds (and looks) AMAZING.

Other than an excerpt I got all the information on the book/author + several cute teasers. 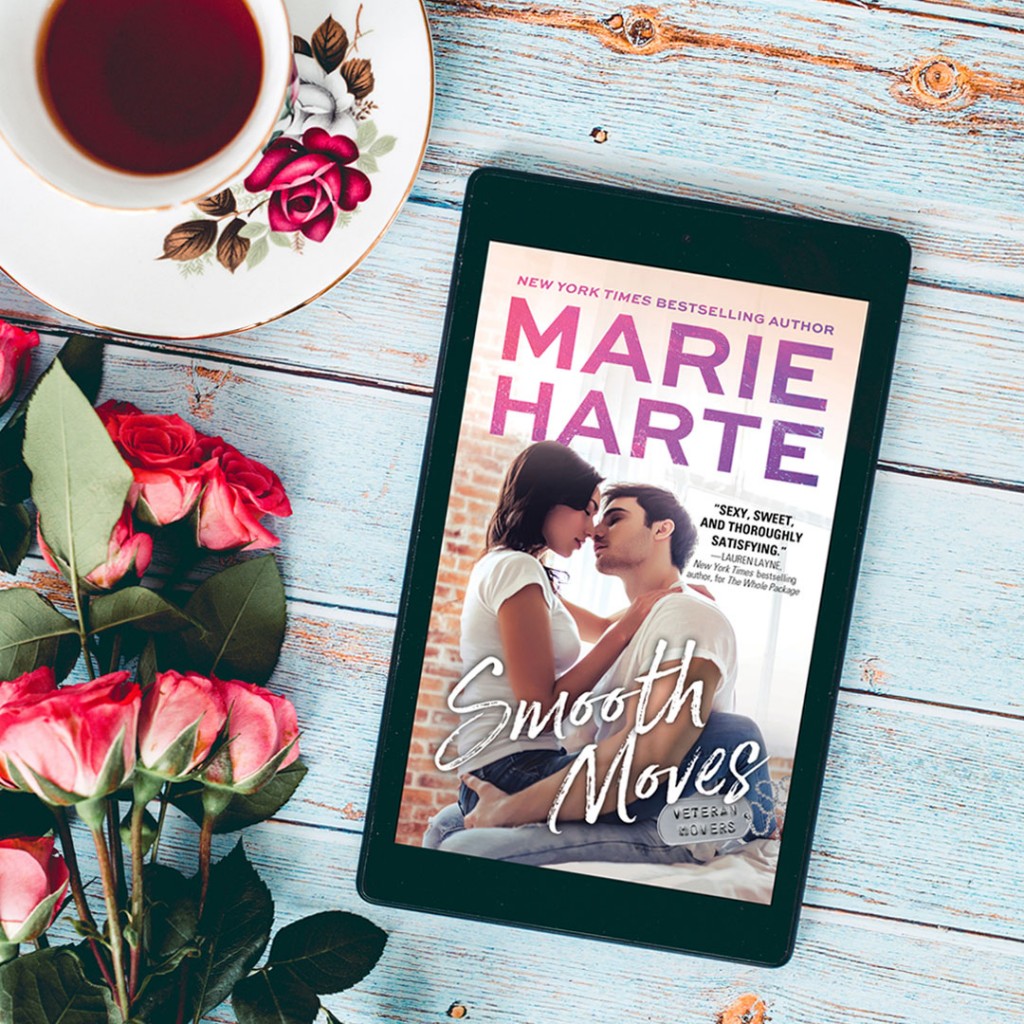 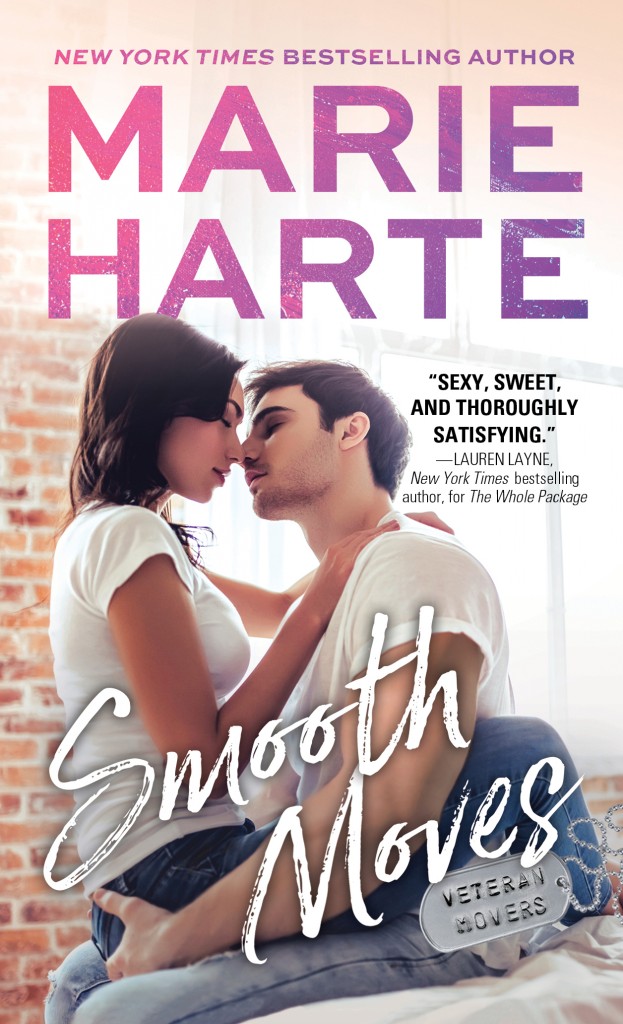 Ex-Marine Cash Griffith is a beacon for trouble. Working for the family moving company, he does his best to keep a low profile, but he can’t help finishing a fight someone else starts. There’s one person at work who annoys and baffles him. But if he even thought about taking her on, she’d put him down. Hard. Which is a real problem, because Cash wants nothing more than to tangle with sexy Jordan Fleming.

The ex-Army MP has her hands full with her new job and her rebellious teenage brother. Getting him through summer school is a chore. Figuring out what to do with her life now that she’s a civilian is disheartening. But one thing she lives for—doing battle with the obnoxious, arrogant, incredibly hot Marine at work.

Their battles turn into true camaraderie, then into something more. Helping each other out with family problems, Cash and Jordan learn to trust each other. One kiss leads to another, and friendship starts turning to love. But when dangerous secrets come to light, their bond will either break or strengthen into a future they both deserve. 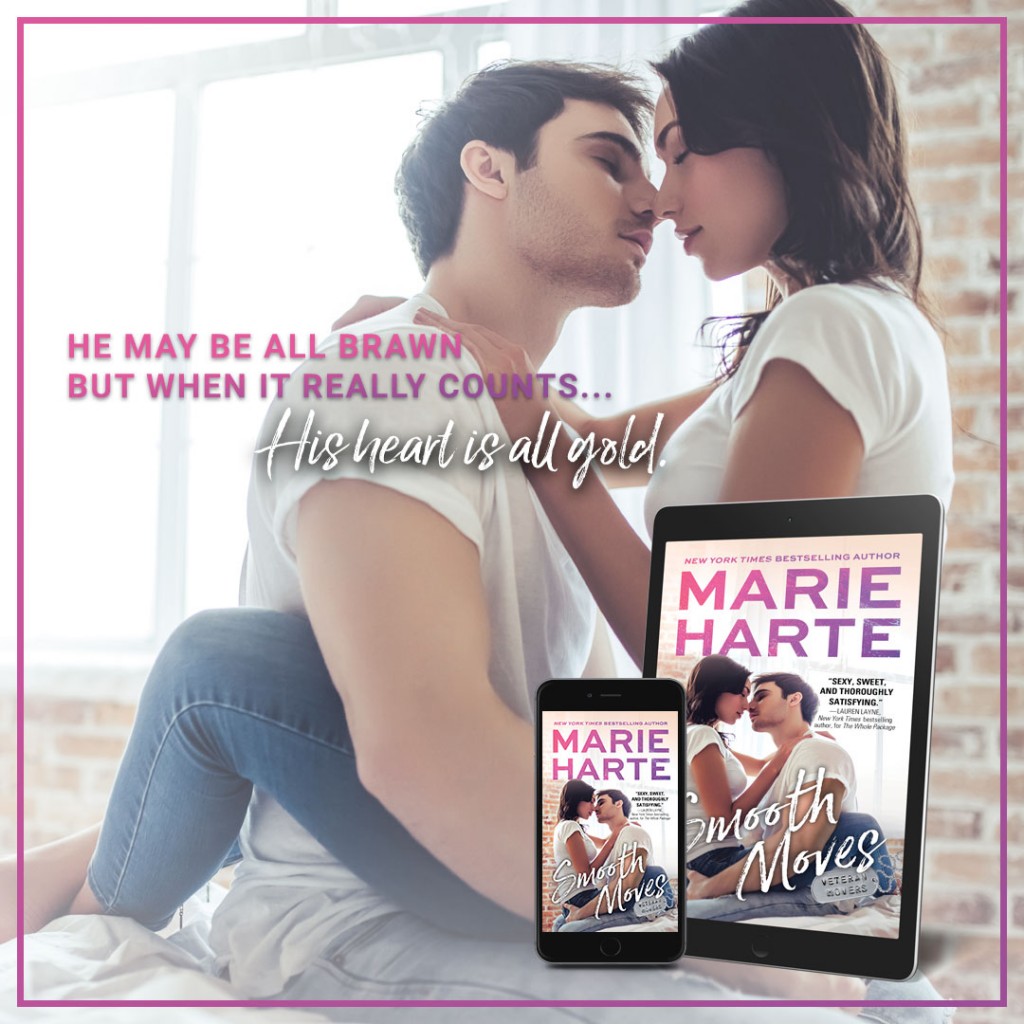 Caffeine addict, boy referee, and romance aficionado, New York Times and USA Today bestselling author Marie Harte has over 100 books published with more constantly on the way. She’s a confessed bibliophile and devotee of action movies. Whether hiking in Central Oregon, biking around town, or hanging at the local tea shop, she’s constantly plotting to give everyone a happily ever after. Visit http://marieharte.com and fall in love.

Jordan dared him to be mouthy again, holding a slice of pie in front of him. Cash had fallen on her food as if the Russians were coming, and nothing could have pleased her more. Call her old-fashioned, but Jordan liked cooking for more than just herself. Especially for someone who appreciated it. She was an independent woman who’d made her place in the world all by herself. She was single by choice, and she had no problem indulging in casual sex when the mood struck.

So it had always surprised her to find she took after her mother when it came to relationships. Maria Younger liked to coddle Carl, the same way she’d taken care of Jordan’s father. Jordan took pleasure in cooking for, cleaning up after, and generally sharing herself with her boyfriends.

She’d dated some nice guys, but timing and her work in the Army had made commitments tough to keep. Had she found someone who truly clicked with her, she’d have changed a few of her decisions.

But no one had pressed all her buttons, not like…not like the man she did not consider anything more than a friend and coworker.

Yes, she’d made her best dish to persuade Cash to help her brother. And, yes, she’d made a cherry pie for dessert because she knew it was his favorite but also to seal the deal concerning
Rafi.

If only she could stop thinking about Cash in any kind of non-platonic kind of way. She had intelligence, yet lately she seemed to be thinking with her ovaries and not her brain.

“Seriously. I have no idea why you’re not married right now. You’re cute, and you can cook.” Cash finished his slice of pie and sat back, patting his washboard of a stomach. “Oh, that’s right.

You’re mouthy. Forgot about that.” His eyes sparkled, as if he enjoyed their verbal sparring as much as she did.

Quietly, and just to screw with him, she said, “Maybe I was married and my husband cheated on me. Maybe he took my kids away from me. Maybe he wasn’t the man I thought he was.”

Cash looked suddenly angry. “Are you kidding me?”

Fascinated that his moods vacillated from happy to angry in the span of a heartbeat, she kicked back and put her hands behind her head. “Yes, I am kidding you. As if I’d let some asshole steal my kids…when I have any.” She huffed. “And just maybe, jackass, I don’t want to get married. This is why you should never assume.”

He blinked, started to say something, then broke out in laughter. He laughed so hard he cried, and she couldn’t help grinning with him.

“Fuck. No wonder I like you so much. You’re worse than I am when it comes to getting under somebody’s skin.”

“Thanks a lot.” Not exactly flattered, she stood to clear their plates then started to run the water.

Cash suddenly stood behind her in her tiny kitchen. He turned her around, too close for comfort. “Hey, now.” He wiped his eyes, but a hand remained on her shoulder, burning through the cotton of her T-shirt. “I’m kidding. Lighten up, Fleming.”

She looked from his hand on her shoulder up to his darkening eyes.

His gaze changed, the focus no longer on her face but somehow on her mouth. His breathing quickened. So did hers.

“S-so you’ll help me with Rafi, and I’ll help you pack.” Great. Now she couldn’t look away from his mouth. Such firm lips, so full and pretty yet masculine. Weird.

To her consternation, her nipples hardened.

“Yeah, sure,” he agreed absently. Then the sexy jerk rubbed a thick, callused finger over her lips.

She sucked in a breath.

“Shit. Okay, we’re just gonna do this once because I can’t fucking wait another minute wondering.”

She licked her lips, and his eyes narrowed. “Wondering what?” she asked, sounding weak, feeling like a limp noodle under his strong hands.

“What you taste like.” He lowered his face slowly, taking his time and giving her every chance to pull away.

“Damn it, you’re taking too long,” she groused and yanked him down to her.

The first taste of him knocked her world off its axis. He tasted sweet, a mixture of cherries and man and sex combining to send her heart into a race it might not finish.

He groaned and lifted her in his arms, their mouths still melded, the full-body hug turning her on like a drug. He settled her on the counter, his hands clasped on either side of her hips, and angled himself between her legs.

For the life of her she couldn’t think about anything but how well Cash fit there, as if he’d been made just for her. The breadth of him overwhelmed her, and she clung to his shoulders, dizzy and wanting and afraid to fall off one helluva ride. 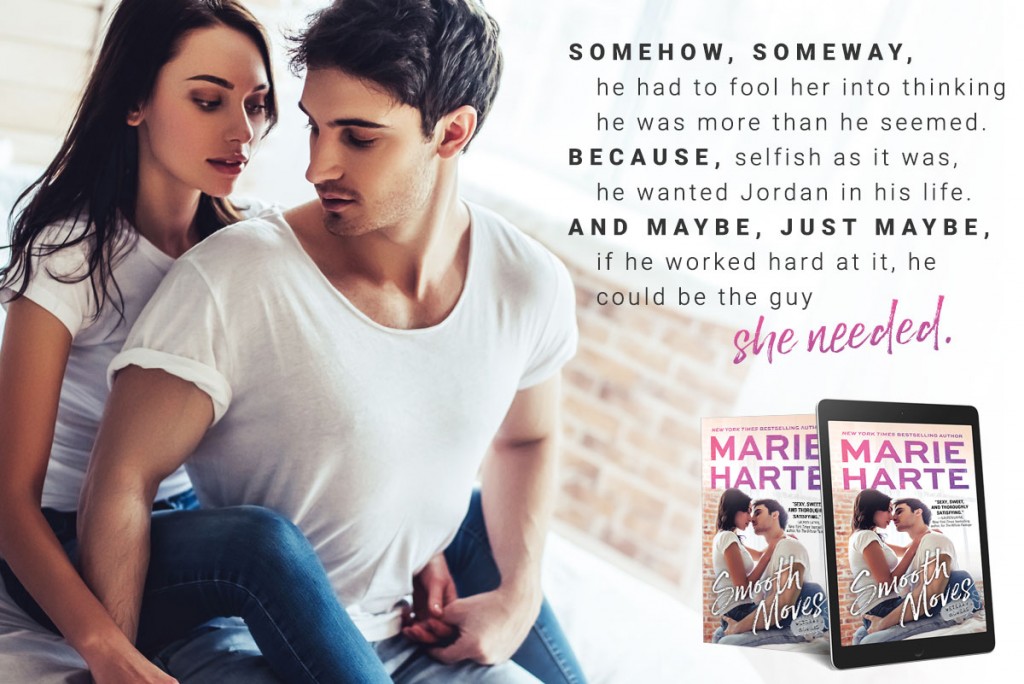