Party time is here~ Welcome to the Release Day Blitz for The Missing Season by Gillian French! A book I can’t wait to read as it sounds just perfect. I do love a good horror/mystery book with an epic cover.

For today’s post I will tell you about the book/author, I got an excerpt, and you can join a giveaway~

A giant congratulations to the author and the book, I hope you have a wonderful day with tons of cake and celebrations. 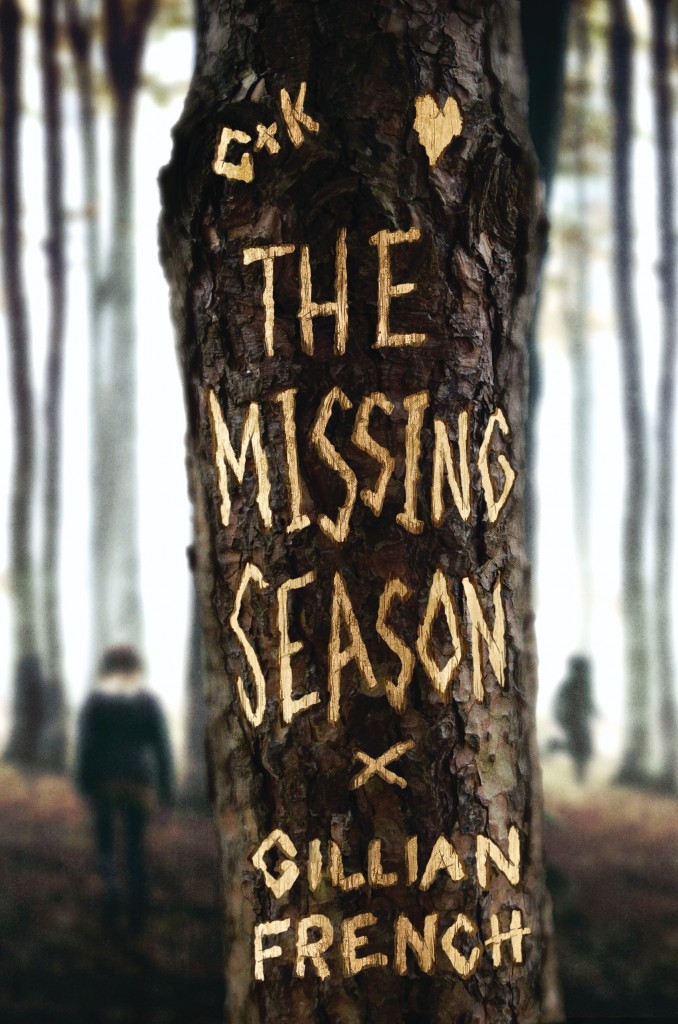 From the author of Edgar Award finalist Grit and The Lies They Tell comes a tense, atmospheric novel for fans of E. Lockhart and Marieke Nijkamp, about friendship, truth, and the creeping fears that can’t be outrun.

Whenever another kid goes missing in October, the kids in the old factory town of Pender know what is really behind it: a monster out in the marshes that they call the Mumbler.

That’s what Clara’s new crew tells her when she moves to town. Bree and Sage, who take her under their wing. Spirited Trace, who has taken the lead on this year’s Halloween prank war. And magnetic Kincaid, whose devil-may-care attitude and air of mystery are impossible for Clara to resist.

Clara doesn’t actually believe in the Mumbler–not like Kinkaid does. But as Halloween gets closer and tensions build in the town, it’s hard to shake the feeling that there really is something dark and dangerous in Pender. Lurking in the shadows. Waiting to bring the stories to life.

I’m a ridiculous, sometimes cranky, often hungry, frequently writing flibbertigibbet who really hopes she can keep doing this for a living.
My debut novel, GRIT (HarperTeen), was an Indie Next List pick, a Junior Library Guild Selection, received starred reviews from Kirkus Reviews and ALA Booklist, was an Edgar Award Finalist, a South Carolina Young Adult Book Award Finalist, and received both a 2018 Lupine Award from the Maine Library Association and a 2018 Maine Literary Award from the Maine Writers & Publishers Alliance.
My other novels include THE DOOR TO JANUARY (Islandport Press; Bram Stoker Award Finalist), THE LIES THEY TELL (HarperTeen; 2019 International Thriller Award Finalist, 2019 Maine Literary Award Finalist, 2018 Junior Library Guild Selection), and THE MISSING SEASON (HarperTeen, coming 5/21/2019; preorder giveaway happening now). My short fiction has placed in Writer’s Digest and Zoetrope: All Story contests, as well as appearing in such publications as Weirdbook and Creepy Campfire Stories for Grownups.
I hold a BA in English from the University of Maine, and I’m a member of the Maine Writers & Publishers Alliance, Mystery Writers of America, and the Society of Children’s Writers and Illustrators. Currently, I still live in my native state of Maine–shocker, I know–with my husband and sons, where I’m perpetually agonizing over my next novel (in the best possible way, of course!)

“It’s sad, you coming here.” Kincaid takes me in, his smile fading. “Now you’ve got no chance.”

No chance. Like he read it in my tea leaves or the lines of my palm. “Why?”

“Because he only takes Pender kids. Likes our taste, I guess.” Kincaid drops his board, glides backward on one foot, never breaking eye contact. “Like . . . hopelessness.”

“And Steak-umms from the caf,” somebody says, making people snicker.

“What about Gavin Cotswold?” Sage says. “Have they figured out how he died yet?”

“Mumbler got him.” Trace.

“He OD’d.” Bree gives Trace a withering look. “He went out in the woods, got fucked up, and died. His own mom thinks so.”

“I heard the animals didn’t leave enough of him behind to be sure.” Trace says. Then, to Kincaid, “Tell her about the first boy. Ricky Whoever.”

“Sartain. Ricky Sartain.” Behind Kincaid, most of the activity has stopped, everybody pulling up some concrete to listen. He’s holding court, a storyteller who knows his audience. “It all started, like, twenty years ago. Kid went missing two days before they found him on the banks of the marsh, way out by the railroad bridge.” Kincaid nods slowly, easing into it. “Somebody put their hands all over him.”

Kincaid entwines his fingers, working his palms together in sinuous rhythm. “Squeezed him, crushed him. Mashed his spine, smashed his belly.”

A voice speaks up: “My mom said that kid got hit by the train.”

“Of course she did.” Kincaid doesn’t turn. “She also told you that Santa Claus is real and honesty is the best policy and if you’re good, you’ll get into heaven, right?”

Snorts. Somebody mimics, “But my mommy said,” whacking the boy who interrupted with a baseball cap.

“He was folded in half.” Sage grips Trace’s forearm. “That’s what I heard.”

“Stop.” Bree says it under her breath; I’m the only one who hears.

“Ricky disappeared right around Halloween. That’s the pattern.” Kincaid skates a circuit around us, dismounts, and slaps the tail of the board so it pops into his hand again, all one smooth movement that I wish I could watch again frame by frame. “Truth. After, Ricky’s friends told everybody how they’d all gone out to the railroad bridge to smash pumpkins one night, and there was somebody hiding under there. Too dark to see, but they heard him, mumbling and yammering away.”

Yip, yip, yip! I look up to see audience participation, lumbering shapes aping around the others, sounding like a zoo after hours—Ahhh-ah-ah-ah! Mwaaa-hoohoo!

“Next time anybody saw Ricky, he was red guacamole.” Kincaid pauses, smiling faintly, but he’s not really seeing me now. “Ever since, Mumbler’s been around. Takes a bad kid every few years, always in October. Grown-ups have some bullshit excuse for what happened to them, but we know.”

Nods pass around the circle. I watch for inside looks—they’ll drop the act when they see I’m not taken in—but the quiet drags on. “What’s the Mumbler look like?” I hold
Kincaid’s gaze, willing him to let me in on this, let me prove I don’t scare easy. “So I’ll know him if I see him.”

Kincaid looks to Trace, again with the smile that creases his eyes into merry slits, a kid showing his little sister where Mom hides the Christmas presents. “We can take you to him.”