Welcome all! Welcome to the Blog Tour for The Jumble Sale by Lily Rose, I am delighted that I am part of this tour.

What do I have for my readers? I will tell you all about the book/author, you can read an excerpt, and I got a few teasers!

Let’s get this blog tour started~ 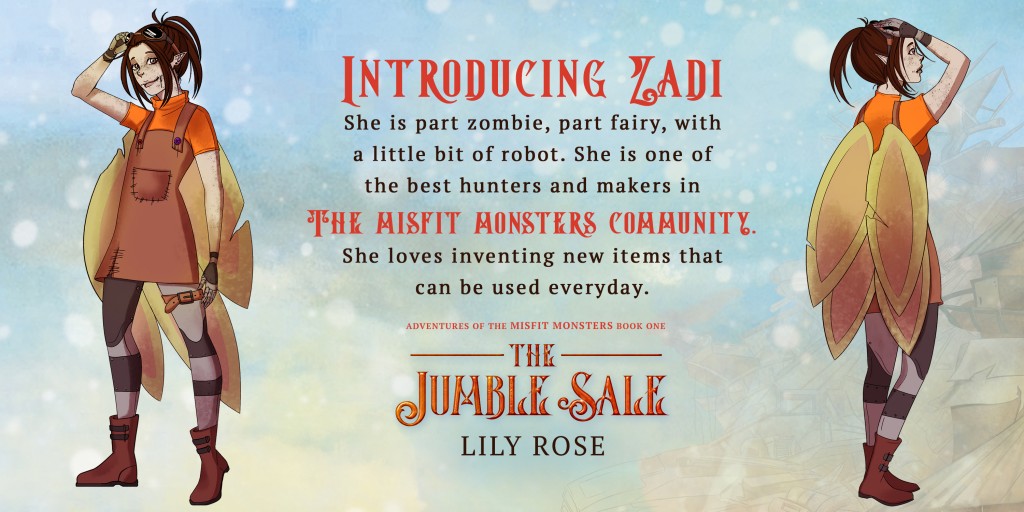 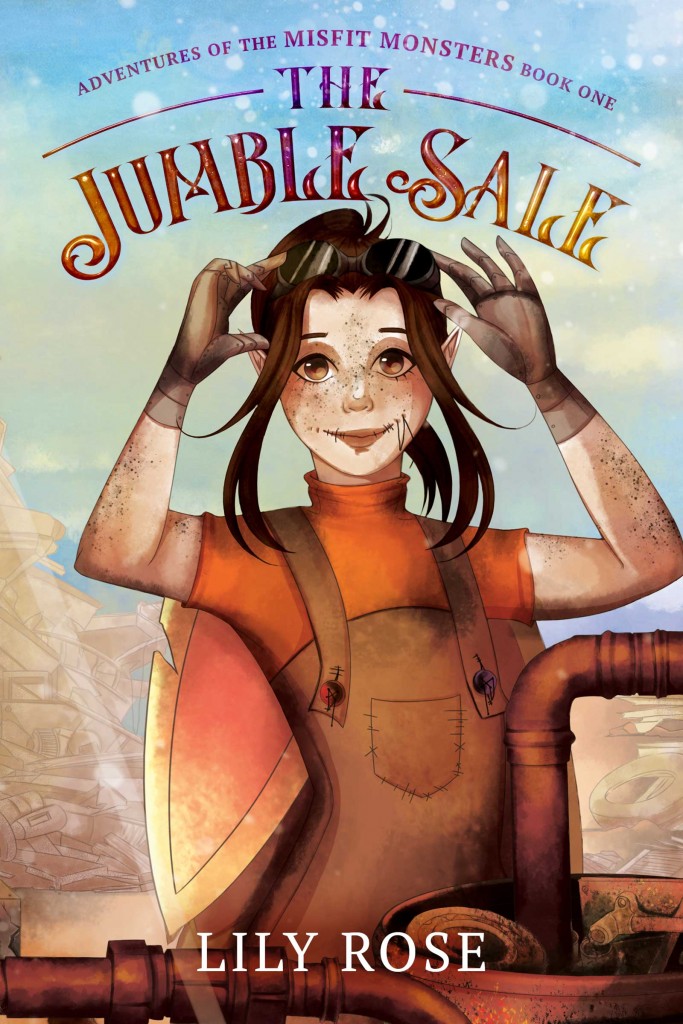 Zadi is part zombie, part fairy with a little bit of robot, which makes her a misfit monster. She lives with other misfit monsters, with their quirky parts in their makeshift town. They survive by hunting at the nearby hunting grounds taking items discarded by humans and making them into something useful. Hunting is risky because they could be captured by humans. Zadi is an excellent hunter and maker, but now she’s finding it difficult.

Something unusual has happened. There have been no new deliveries to the hunting grounds. This means there are no new items which can be used to recycle into something useful, and they are beginning to worry and fight with each other.

Can Zadi come up with a plan which will help the misfit monsters and bring them together as a community?

Enter the world of the misfit monsters, their quirky lives, and be part of their fun and adventures.

Lily Rose enjoys world building and creating characters for these unusual worlds. She enjoyed creating the misfit monsters world, and is looking forward to writing more of their adventures. 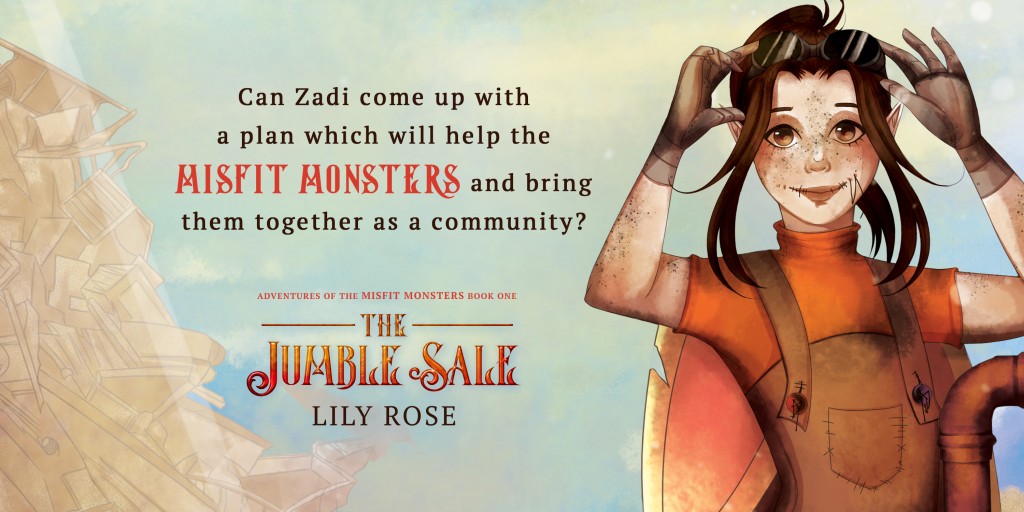 Zadi had a little plan to get the gate open. By herself. A soft clang of mental sounded from the hessian sack on her shoulder which was heavy with the pulley system she’d devised during the last week.

Good thing the Mayor doesn’t have guards, she thought as she approached the gate. Keeping to the last of the shadows as the morning light pushed the night away she’d thought of a plan to open the lock ages ago. She couldn’t help it. Her robot mind worked all the time trying to find solutions, even to problems that didn’t exist. But now it was going to come in quite handy.

Zadi paused in a shadow and looked at the gate. It was locked, as usual. Cautiously, she looked around. There was no other misfit monsters insight. Taking a breath, she glanced behind her.

There was no movement. She couldn’t believe she’d made it this far without being found out by someone else, particularly Tamra, who usually spied on her all the time. That’s what neighbors
did. Except for Zadi because she was too busy inventing things.

Not wanting to waste any more time she hurried to the side of the gate, plonked her hessian bag on the ground. A small cloud of dust billowed up in the air, as Zadi pulled the thin rope away and opened the bag. She took out the pulley, carefully, so as not to tangle the rope system. She laid it on the ground, found the end of the rope, then hobbled over to the lock to tie it on the bolt mechanism.

Will I get to the hunting ground safely? She couldn’t help thinking about what the next step she had to face would be.

It was a big thing to have gotten up early, to have devised the pulley system to open the gate, but to go hunting by herself that was breaking a very rule that Mayor Ori enforced diligently.

Not to mention she had to walk alone in the open space between the town and the hunting grounds. So much could go wrong for a small creature like herself. She glanced at the sky. It wasn’t too early for the birds. Though, they never bothered them, she was still cautious. Zadi shivered.

I’ll be fast. But she knew with her legs of different lengths, and with how she hobbled, she wasn’t at all fast. I will be today.

Her thick robot fingers made of pipes struggled with setting up the pulley. It took her longer than planned to string up the rope. All that was left to do was to pull the rope through the pulley and watch the bolt lock slide open.

If she could cross her fingers that’s what she would’ve done. Instead, she held up the pulley inspecting the rope to make sure it wasn’t tangled one last time. She was super careful when she worked. Zadi didn’t want anything to go wrong. Not now. Even though she was scared about walking to the hunting grounds by herself, she wasn’t going to back away now. Too much planning had gone into this little adventure, and she was desperate to retrieve more items from the hunting ground. She needed to fix up her roof for one. Never mind the other things in her home that needed fixing, or even herself.

She smiled her crooked smile, pleased with her efforts and got ready to pull the rope.

“What are you doing?”