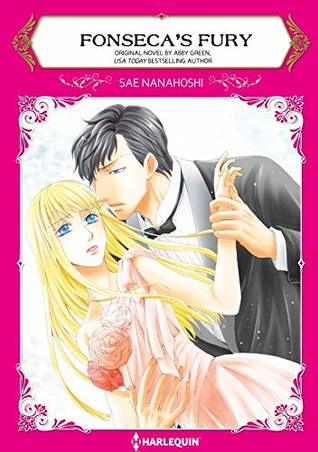 So, here we are. Hopefully this one is better than the disaster of a book I just finished reading. Hot dang, that was one sexual harassment claim waiting to happen. This one is a hate>love>hate>love relationship, I do wonder if this will work out and if the misunderstandings can be cleared out. Which yes, should be easy if people in these manga just talked like grown-ups instead of raging and running. 😛

We immediately get into the argument and then get teleported back to 7 years ago, to see what happened that these two aren’t eager to meet up again. Just as the blurb describes we see how Serena was a party animal and how Luca got busted and thought it was all her fault. Well, I can slightly imagine that it is a hard thing to talk about, and it makes me happy she at least tried.

I do think it is brave her to ask to work with him at least, and I think it is polite that he at least gives her a chance. Even if he just wants to break the hold she has over him. 😛

I do think it is a bit hilarious that the guy thinks Serena is still the same girl as she used to be. Sorry, but I am just judging on images here but she seems way different. And people do change in 7 years.

Ohh, I do like what he is planning to do in the rain forest, that is very sweet of him to try and help those people and make sure that things are getting better. He probably won’t be able to solve everything, but it is a great start if he at least wants to try.

I think she is very brave, and stubborn as well.

Yay, they had their talk, and I am glad she could finally tell him some stuff. I did think it was stupid that he believed the papers so much. Gee, dude, ever heard of gossip and rumours and slander?
Later on even more honesty and he is starting to see that maybe this princess of his has had a harder life than he thought she would have. We also learn, thanks to flashbacks/thoughts that the princess stuff… was all a lie. With a dad who gets out the whips, I would also act like a prissy party princess.

Yay! Look, that is what I want to see, the guy finally sees that things aren’t what it seems and is now determined to go after her. I hope that things will be OK, we all know that Harlequin manga love to add some drama.

I did think it was funny that she got all angry for the hike when they came to the village. Just because he has a helicopter doesn’t mean he should use it. He has already said to you that he wants to save stuff, and to do that he has to make a good connection to the people who live there, you can’t achieve that by acting high and rich.

OK, the way he asked her to be his lover could use a few more glittery touches, but I am still happy that he said that he wanted her. He is taking that step.

He makes a very dick-ish comment though. Can’t he see that she is truly changed? Again, 7 years have gone by, she has gone to rehab, she is trying to make things right. sighs

Ah yes, the scene I was waiting for and it made me so so happy! It was followed by a short sex scene with an interesting position.

Holy crap, did we have such a giant confessional backstory after the gorgeous sex part? Dang, Serena’s life is/was a mess. Not only do we get to hear more of the terrible things her dad did to her mom, but also all the things to her. Holy hell.. That poor girl.

Eep the ending was just so sweet and I was so happy for both the characters! What a wonderful ending. Plus points to given an ending to that part as well.

The art was pretty nice/OK. I do like the style though the eyes of the characters were a bit weird at times.

All in all, this was such an improvement over the previous book that I read. Thank the heavens! This was a cute manga with some serious topics, some sweet romance, two people finding each other again, and oh yes a girl who definitely deserved all the happiness in the world.