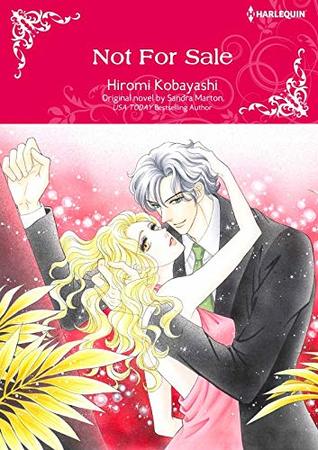 Now that I am almost all up to date with my reviews again I can start reading this one! The cover is very sweet, though what is up with the guy’s arms? They are almost as long as the girl is tall. The blurb also sounds interesting, and I am eager to dig into this one.

Two people, one needs money, the other needs a lover who can speak Russian. I guess it was meant to be for these two to get together.

Seems the guy is pretty bitter. Yes, he values privacy, but it also comes across as if he has had his share of people betraying him. Women and men. I do think it was silly that he says he is fighting for his life, you think he has some kind of disease or something else, but instead he is talking about a deal with a client/person. rolls eyes

Wow, that Elin girl is definitely a piece of work. She reads the tabloid and immediately thinks it is all true. Girl. Have you ever heard of gossip and slander and rumours? No? Maybe pick up a dictionary and do something about adding those words to your vocabulary.

When that flashy guy mentioned someone who could speak Russian I thought we would finally get to Caroline, but we first took a detour to the girl they were actually talking about and then finally got to Caroline again. Yay. I was already wondering when we would see her again. Can I just laugh a bit that she is all confused as to how Dani got her number?
I don’t like Dani. She gives up the job to someone else but keeps 90% of the money. Wow. Bitch. Oh, she backs up and gives more money. Still not the full money though which I just think is rude. If you aren’t going to do the job at least give the money to Caroline.

The meeting between our characters isn’t off to a great start, though I was happy to see him laugh for once. He should do that more often. 🙂 I could also understand more clearly why Caroline is so against being a mistress, even playing one.

Oh wow, I knew their chemistry was off the charts, but hot dang. Wow. fans herself I do wonder how this is going to end though… she is lying that she is Dani, and he thinks she is Dani.. Harlequin manga never end well with those kind of things. For now I am just enjoying those couple of sexy pages.

And yep, poop is hitting the fan. Misunderstandings galore now. Thankfully, something that made me absolutely delighted is that they had the chance to talk. Yes, it was awkward and I am glad that Caroline stood her ground. Good girl!

Um, I so didn’t expect that too happen. OMG.

Aww, he went to visit her. So cute! Though I did think it was silly that he still thought it was all a ploy/plan. Dude, really?

Aww, even though he is not a fan of the kitty he did get all those things for it. That is so sweet!

Awwwwww, it gets even sweeter! We find out why Lucas is being a grumpygrump about things, and I could understand his feelings. I would probably also have reacted similar if I was in his shoes.

BUT BUT I am worried. We are still 30 pages from the finish line and the happy endings. I am so worried what kind of stupid twist and drama we will get soon. Please, don’t do it.

Yes, backstory for our characters!

Yup, the drama (so so so stupid) is here. All a misunderstanding again. Who said she would be sleeping with a guy? She is just supposed to act like a date, help interpret some Russian and done. But Lucas takes it totally wrong, even though he was the one who wanted Caroline in the beginning for just that (though he thought she was Dani, but details). Plus, Caroline was pretty clear that she DIDN’T KNOW Dani that well. That this was just a coincidence.
Thankfully things get resolved quickly as both characters see that they are just being idiots.

I was crying though at the ending. AWWWWWW, it was just so sweet. That cat on both of their laps and them kisses. cries

A fabulous and sweet romantic story about two people who met by chance and fell hopelessly in love. You will definitely be rooting for both of them and there are plenty of sexy and sweet scenes, though you might also roll your eyes at the misunderstandings and some silly things. The art is so pretty! Recommended to all.