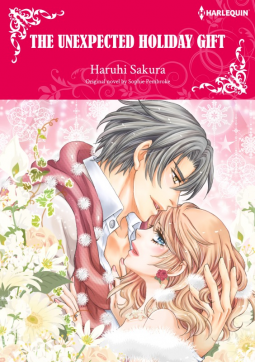 Slowly I am getting through the Harlequin batch, I still got a few left to read (7 more after this one). This one I wanted to read because of the title and the cover. The blurb I wasn’t so sure of, because I think it was just weird and ridiculous that she would abandon her future husband because he doesn’t want children and she is pregnant. Um, hello? Ever heard of talking? Sure, maybe he doesn’t want a kid, but who knows with you he would like it? Also I guess condoms and the pill didn’t work to prevent this from happening? Guess I will get started and hope the drama isn’t too much.

Wow, this girl loves going all out for Christmas. And wow, she just ran away? Not even divorcing her husband? Um. Hold on a sec. You want to tell me you got married, pregnant, and then just disappeared without even filing for divorce or anything like that? Ummmmmmm.

We go back to the time before she dumped that poor guy and see how they got together and how they married. Apparently he really didn’t want children, and sorry, but I can understand that. He was pretty clear on the matter though, and while I know pill and condoms aren’t 100% safe measures it seems quite magical of her to get pregnant.
Oh, she did give him a notice for divorce but apparently didn’t do anything with it. Ummmmmmm.

The hubbie magically finds her, compliments on her new job and hair (of course), and then has a proposal for her. Apparently his daddy is dying and he wants a memorable Christmas party. Of course he magically needs his wife now. Mmmmmm. Boy, he doesn’t want to do it, is very unhappy and you just grab her and hold her like that? Wow.
Ah yes, the magical I will sign the divorce papers if you do this little thing for me-trope. Why not just sign the damned papers like a normal person would?

I also find it hilarious that Ivy is like the spitting image of her dad. Only in Harlequin manga do children who are hidden from their fathers look exactly like him.

It is clear that both the characters still love/like each other and still want to be together. I wonder how that will change when the guy learns of his kid.

Um, so they got married? Stayed together for quite some time, but she doesn’t know a thing about his childhood? How? I have been together with my love (soon to be hubbie) for almost 10 years and I know plenty about his childhood from early on in our relationship. Because we talked. We asked. We had photo albums. His mom loved to tell stories.
But these two? Marriage and apparently they barely know anything about each other. It isn’t until now, during the party prep, that they get closer and are able to talk. How?

Sorry, while the romance is there, and the spark is there, I just don’t see how these two got together. I am glad they got a chance to rekindle their love, but how will Jacob react to his daughter?

Drama happens, of course, and I was just rolling my eyes. sighs Wow, the family finally talked. Gee, it took you only 15 years and lots of ignoring the poor guy for an accident that was just unforeseeable.

I am a bit sad with the ending, it was still very sweet and I was happy, but it just felt a bit rushed.

All in all, some good things but also some not so good things. I have been thinking of stopping with this one multiple times over the course of the book. There were just too many things that had me rolling my eyes. The ending was just too rushed. But the art was nice.