A warm and sunny welcome to the Summer Bucket List by T.K. Rapp!

For today’s blitz I got a fun excerpt, information on the book/author, and be sure to enter the giveaway (open internationally). 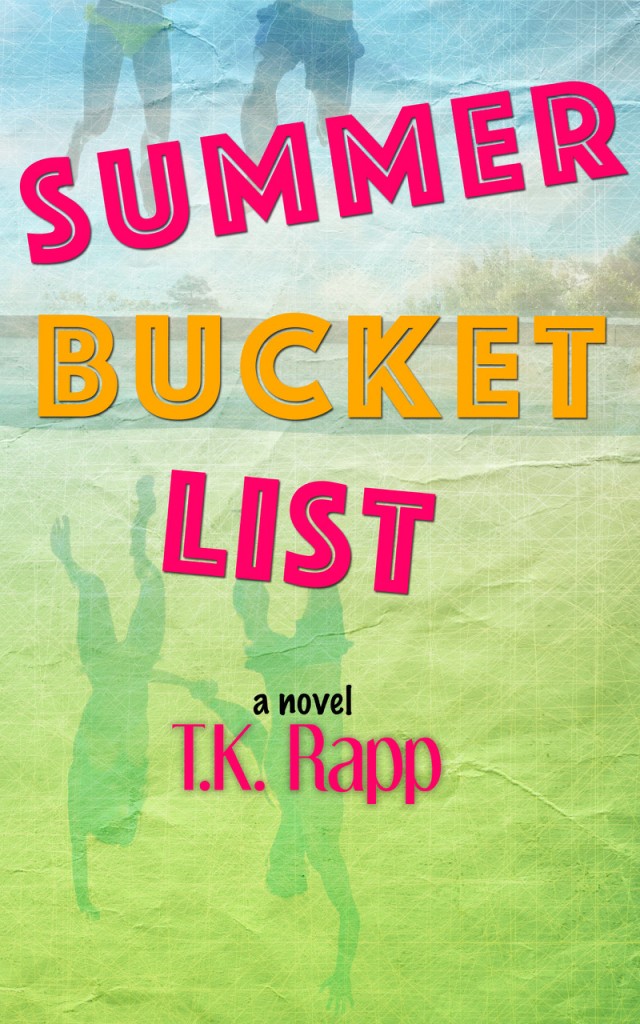 Recently graduated from high school, Holland Monroe had no expectations for her last summer before heading off to college to be anything but ordinary.
Until she got a job as a waitress at the local country club to make extra money for school.

Milo Davis was smart, cute, and absolutely not interested in Holland. At least that was what she believed. But the day she started working at the restaurant, everything changed.
Finally together, they were left with only three months to spend time together before she moved away.

Good thing they decided to make their time as memorable as possible.
But will they remain friends? Or will checking off items on their summer bucket list lead them to something they didn’t expect — Falling in love. 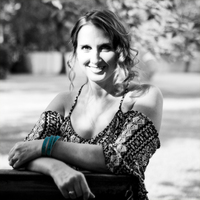 T.K. Rapp is a Texas girl born and raised. She earned a B.A. in Journalism from Texas A&M and it was there that she met the love of her life. He had a contract with the U.S. Navy that would take them across both coasts, and ultimately land them back home in Texas.
Upon finally settling in Texas, T.K. worked as a graphic designer and photographer for the family business that her mom started years earlier. She was able to infuse her creativity and passion, into something she enjoyed, but something was still missing. There was a voice in the back of her head that told her to write, so write, she did. And, somewhere on an external hard drive, are several stories she started and never finished.
Now at home, raising her two daughters, T.K. has more time to do the things she loves, which includes photography and writing. When she’s not doing one of those, she can be found with her family, which keeps her busy, hanging with family and friends, and mostly relaxing. She is a lover of raunchy humor, gossip blogs and a good books.

He took a tentative step toward me and I remained fixed in place. Curiosity would not let me walk away, though that was exactly what I wanted to do. He stood across from me, the annoyance and disgust erased from his face. Milo shoved his hands into his pockets and when he looked up at me, he looked—uncertain.

“I didn’t know how to talk to you,” he finally said.

“You don’t seem to have a problem now,” I snapped. “In fact, I sort of wish you’d go back to ignoring me.”

“No, Milo, that’s not what I want. I want to understand.”

“You’re not really that naïve, are you?”

“Forget it,” I said, turning around to walk back to my car.

“I never talked to you because I didn’t know how to,” he said, but I kept walking. “Because I liked you.”

That was the thing he said that got me to stop moving. In fact, I was pretty sure that I heard him wrong, so I slowly turned around to give him my attention. I didn’t know what to say.

“I didn’t know how to talk to you without sounding like a moron, so I just…didn’t…talk. You really didn’t know?”

“You said it yourself: you didn’t talk to me. So your silence spoke volumes for you.”

“I wasn’t trying to be a jerk the other night. I just didn’t know what to say to you.”

“I didn’t know what to say to you either. Every time I’ve tried to talk to you, it’s like talking to a brick wall. No matter how hard I try or how nice I am to you, you just ignore me.”

“That was never my intention,” he said apologetically. “I really just didn’t know what to say.”

We stood in silence, each really hearing the other. His confession began to ring in my ears, and I was thankful for the darkness so he would not see my flushed cheeks.

“Did you mean what you said?”

“That you liked me?”

He shifted his stance before facing me again. “Yeah. I did…I do.”

Milo was completely opposite of Blake, or anyone else I had dated. He was not the center of attention, and he was not cocky. He was shy and unassuming, and for so long I had wanted to get him to open up and let me be his friend. I never expected him to open up so much that he would reveal that he had feelings for me.

“If you aren’t busy, do you want to go get something to eat? Maybe we could actually talk or something?”

He looked away for a moment, and when his gaze connected with mine, his smile grew. “Yeah. I guess I am.”

I felt nervous and excited at the same time, and then complete disappointment.

“No. It’s fine. Short notice and all. Hell, you might be dating someone anyway.”

“I’m not,” I said a little more eagerly than I realized.

“Maybe another time,” he said, taking a few steps backward. “Have a good night, Holland.”

As he turned around, I slowly did the same, but then my feet stopped moving.