Welcome to a new Library #2 post! Yep, surprise surprise! My hubby remembered that I was feeling sad that I couldn’t go to Library #2 yesterday (it just isn’t on the route if we also want to go to Library #3) and decided to bring me to the library. Yay, for a library that is open on Sundays! Awww! He is just the sweetest!

Since we also wanted to participate in the Entei raid not much later I didn’t have a lot of time, but I didn’t mind, I got to go to Library #2! Plus, I already had a clear route and knew what books I wanted to grab. My hubby went downstairs to check out the comics as I wanted two comics (in the end he didn’t find them there but instead found them at the bookshelves contained books that were just brought back) and I went around the library. I found pretty much everything and a bit more while walking around, though I didn’t have a ton of luck with the magazines, apparently someone else also had the same idea to hoard those for vacation purposes. 😛 Really, there was almost nothing left in the magazines I wanted to bring.

I also had two reservations waiting for me, which reminds me I need to cancel the ones that are still unfulfilled before going on vacation. Otherwise it will be a bit too expensive (50 cents per reservation not picked up and I got 5/6 still unfulfilled).

So I am just superduper happy, a big big thank you to my sweetheart for bringing me to Library #2!

NOTE: A couple of these aren’t on Goodreads, so I will add them when I read them. 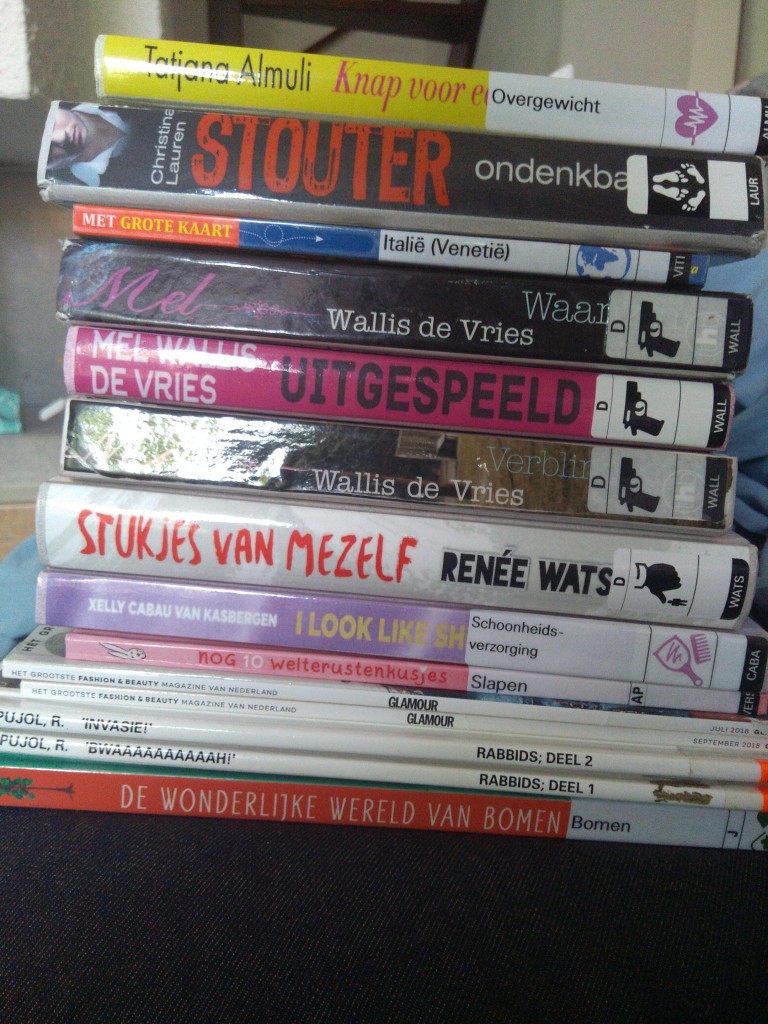