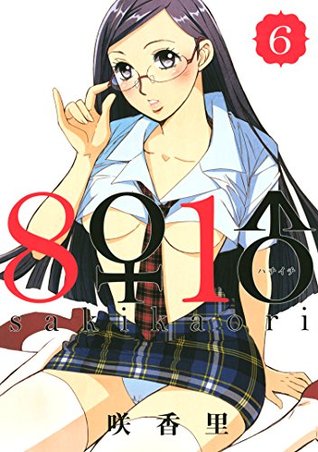 The final batch of volumes, be prepared for a stupid ending, tons of sexy times, drama, and another new annoying character.

Yesterday I just couldn’t resist it any longer, I had to continue this series and finish it. I flew through the volumes, tried to keep cool as it got very hot, and then groaned at the ending and how lame that one was. Really, 100 chapters and it ends this way? I guess the author never thought of the ending any time and just thought about sexy times. sighs

I wrote a short-ish review per volume.

: 2 stars only because chapters 62-65 are without that hell bitch of a Rui-san. Dear lord, that woman is just a horrible horrible person. She forces herself into the home of the girls and Shinichirou. She beats him up multiple times and just hits him for fun randomly. She tries to rape the guy by drugging him. She kissed and exposed Midori’s boobs and fondled with them while Midori was sleeping. She made all sorts of absurd and over the top comments. Do I need to go on? NO. Rui is a pest and I hope that with this arc sorted that she will only pop in very very very little. I also thought she was just stupid. She wants Shinichirou to stop doing things with Midori because Rui loves Midori, however what if, as Shinichirou said, it is Midori who should also decide that. It is her body. If she wants Shinichirou then it is going to be him.
I was a bit confused at chapter 62-64 but apparently even Shinichirou’s friends get a spotlight. Full blown sex this time, in many positions. Holy crap. I wasn’t expecting that. 😛 I had a bit of a laugh at the girl though, wow, that is not cool. And poor Shinichirou. His friends are getting laid, and he has to hold it in.
The next one we are back with our girls and Shinichirou. I have a feeling I see who he might end up with. Oh my. Still hope for a surprise in the end though. I can also understand that the girls miss their parents/family and want to visit. Though I wish Shinichirou good luck with the girls still left over. 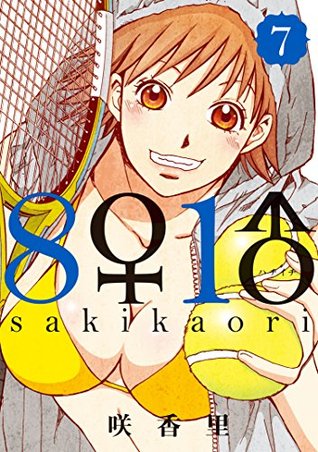 : Holy wow that chapter image (wtf did she do to her boobs), and we dive straight into some ecchi stuff. Oh my. I have to say that Yui is one of my favourite girls though, she is sweet, cute, and she knows what she wants. I also think she fits the best with Shinichirou.
After that it is time for a summer vacation at a cottage, and we meet a ghost who takes over one of the girls (and makes her very interesting) and also grandpa is around… at least for a bit to interrogate his grandson. 😛
I had a laugh at the chaos the house had become because Miyu isn’t around and they let Ai-chan do all the chores because she really wanted to prove that she is able to do so (hint, no). This is also something we see coming back later on when we see what is supposed to be her room, but it looks more like a pigsty. We see some sexy studying time, oh my. I wonder if that girl knew that something was up in that stall, I will say yes. Though sorry, just like with the rest of the volumes it just hilarious that Shinichirou’s penis is just a white blob.
All in all, a pretty fun volume, tons of sexy times, we get a bit closer to the girls, and I just love summer vacation stories. 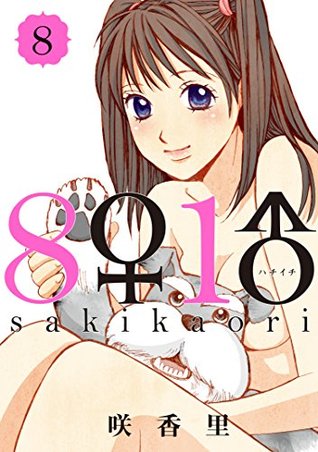 : Just one more volume to go and you do notice that we are nearing the end. This volume contained some closer sexy scenes with Ai, which I loved to see as not only did it have sexy times but also allowed Ai to grow in other fields. The dreams? Oh my goodness, these girls have some naughty dreams. Though Nana-chan and Miyu’s dreams were just weird. Not sure what they were dreaming about, but it just didn’t make sense. And a new school term starts! Yep, the fun summer times are over and it is time to get back to school and studying. We do get a close-up with Kaede-san, the girl who goes to school with Shinichirou. I was delighted that she gets more spotlight, however I wasn’t happy to see a schoolmate of her pop up and be fucking annoying. Really, I am giving this book a star less because of that girl’s attitude. It is toxic. Also who the hell makes a picture/video of two people have sex? What is wrong with you?
Then we got a short holiday which ends in a very OMG NO HE DIDN’T WAY. I was definitely shocked by what happened in the last chapter of this volume. That last panel. You know what happened there. And you know what that will mean. Crap. Didn’t expect that to happen. 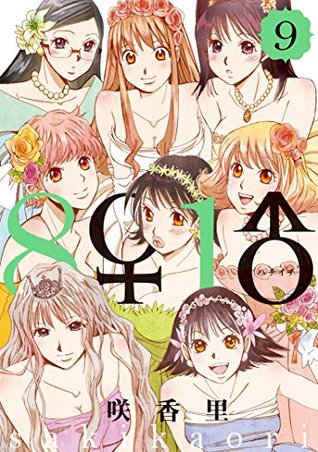 : The last volume in this series, and boy I was disappointed. There are various things happening in this one and I was just pissed. Pissed at Shinichirou for what he does in this one and how he betrays everyone’s trust, pissed at Nana-chan for going with it, pissed that no one says anything to the other girls, and oh yes, that ending was just crap. So much crap. I am sorry, but it feels to me that the author totally didn’t think of a good ending and instead just focused on all the sexy scenes. It is a true shame, you would think that after 100 chapters you have a better idea of how the story should go, or even just go on if you still can’t think of an ending. I mean really, if the things in chapter 89/90 hadn’t happened this could have gone on for a bit longer. Not sure if it works, because come on you do want him to pick eventually, but still, it is better than this cop-out ending.
The drama was just over the top and stupid in this one. I was just rolling my eyes. Whereas I flew through the other volumes… this one dragged on for me.

All in all, a pretty OK series with tons of sexy and hot scenes that will warm you up in many ways and places winks, the art is gorgeous (though I am still not a fan of Yui’s character design) and the sexy scenes are well drawn though with a mysterious blobby penis. The girls are all sweet and cute. Though the ending was just sucky. But I would still recommend this series if you are looking for a steamy and fun manga about a guy having to pick a bride from 8 girls!