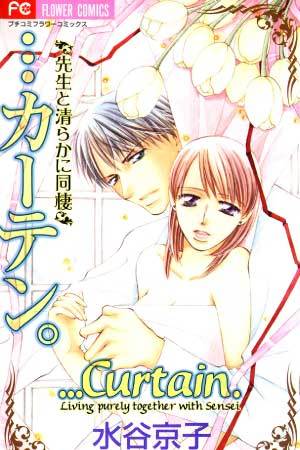 5 stories about love/sex. 4 couples. Very different jobs for each of them.

I was looking forward to a new manga with mature characters, so here we are. I wrote a very short review per story.

Story 1: eh, not a good start. I wasn’t too big of a fan of things. I just didn’t feel the spark between them (at least not from his POV), and I didn’t like how he acted around her (at times still treating her like a student while she was a teacher). I did like the backstory to see that she has been liking him for years! The sex scene was fabulous though, but a bit creepy how he just ripped off her clothes…

Story 2: Wow, this was even worse than the first story. Sorry, I didn’t like the characters, the romance was far far away, the guy was just meh, the story was all over the place in my opinion. The ending was cute though but it came out of nowhere. 😐

Story 3: OK, this was kind of cute. I had a suspicion that he was working, he knows so much about plants and he was trying many sweets. Still an interesting idea. Poor girl though being used for that by her boss. Thankfully Seishirou is there to save the day! I was rooting for these two to get together though. She deserves a cute man who is there for her and isn’t a perv.

Story 4: Another chaotic story with characters that I just couldn’t read. Maybe I am just tired but the characters actions at times seemed weird. Especially the guy’s. But there are plenty of sex scenes and I kind of miss those, given that I thought, thanks to the first story, that there would be more of those. I also liked that these two do design/architecture. There is also a competition and I just loved how well these two work together. They really compliment each others work.

Story 5: Oh, good grief it is our couple from the previous time. This time more drama and sorry, you didn’t want sex with him in the first place but now you are pissy at him? Because he smiled at someone else? What the hell girl… Manabu is trying to make her jealous? Flirting with other girls while you are engaged is just downright low. Bah. But it does have a happy and sexy ending. Still meh though. I didn’t like Manabu at all in this one, then again, I wasn’t a fan of him in the previous book. He is great while having sex, and very hot, but during work and normal situations he is just too stoic and bland.

So all in all 5 stories of love all featuring grown-up women, which was just what I needed. I am a bit tired of love stories from the POV of teens. I need some mature stuff. And this brought it, in a way. Not entirely, but at least partially. The art was pretty OK, pretty standard shoujo fare though. The sex scenes in the stories that had those were wonderfully drawn. Really hot and steamy and I liked that the nipples of the girls were erect and perky. Now I am sure people think I am a pervert, but I have to just seen quite a few manga were this wasn’t the case, and it just seems weird.