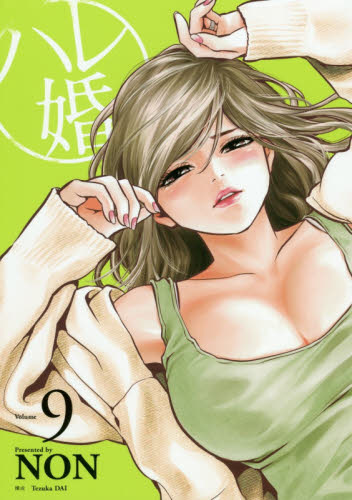 I decided to keep on reading this series and so here we are, review for Volumes 9, 10, 11.

It’s been 2 years since I last read from this series but I was in the mood for some romance + I read on ANN that this manga was ending. Despite saying on Volume 8 that I wasn’t going to continue reading it due to the graphic sex scenes + Madoka, this series kept popping up in my mind. Through those 2 years I have looked at this series a few times, wondering if I should start, but always going nah. Now however I do plan to finish the series.

Also, I already LOVED the covers from volume 1 – 8, but the covers are getting more gorgeous with each volume. heart eyes

I wrote a short-ish review per volume!

: In this volume Madoka, the bitch and mean girl, leaves home and disappears. Ryuunosuke goes in a depression (along with flu which brought a couple of hilarious scenes). Koharu doesn’t want to leave Madoka so she, Ryuunosuke, Yuzu all go to find her! Along the way we learn about Madoka and Ryuunosuke’s past which was full of abuse, we see what happened to Madoka even after she found a safe-ish home, and how these two got together. It was quite interesting and I have to say I have more liking for Madoka now. Still think she is pretty terrible at times, but at least now I can understand her a bit more.
No sexy scenes in this one. Just sad memories and a search for Madoka. 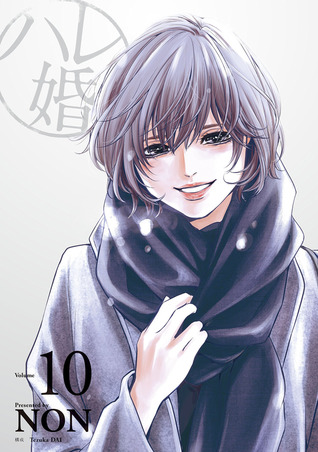 : And so Madoka leaves the group! Yep, it is divorce time and my heart broke, especially since this isn’t just a decision Ryuunosuke has to make… also his wives have to sign the divorce paper. 🙁 We see that Ryuunosuke has some problems afterwards and keeps seeing Madoka everywhere, which was pretty sad for his other wives when he had, or tried to have, sex with them. He couldn’t even get it up. Oops.
But now we are entering a new arc, and I am not sure how I feel about it. Koharu is a bit over the top dramatic, and she is that always but in this one she went just too far in my feeling. Yes, it is a bit early to find a new wive… however if Ryuunosuke wants it? Why stop it? Plus, as Yuzu also stated it may help with the chores and the house stuff. Makes things lighter and easier.
I so so so don’t trust that woman. Why does the kid have cigarette burns on her back? What is her plan? 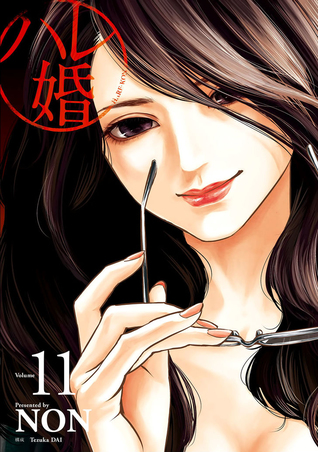 : The Hare-kon festival arc continues, we see how Koharu goes to find out more about Miku by being with the little girl a whole day, all the while Yuzu is talking to mommy. I like how the wives went out to investigate and see if this woman was a good fit or not for the family. Even Ryuu pops in, which was hilarious as no one had expected him. 😛 I loved seeing the girls connect though, and I loved that we found more about the woman and what happened to her. I had a laugh though at what happened at the last day of the festival, I was just shaking with laughter because I hadn’t expected that.
Then we got a whole chapter in which things settle down again and there is tons of talk about boobs. Which poor Koharu, at least if you compare to Yuzu, doesn’t have much of. You still got a good couple of boobs though!
snorts When she moved rooms and saw a ghost and just ran into Yuzu/Ryuunosuke’s room while they were having some kinky sex, girlllllllll. There is also a birthday, and some drama happening with someone we know.
So all in all, a pretty fun volume with tons of twists and turns. I can’t wait to read the rest of the series. Hopefully Koharu will grow further.