I had several reservations waiting at Library #2 so before going to Library #3 I wanted to visit that library. Bringing two bags of books (Library #2 read books and all the books from Library #3), thankfully we are able to park nearby so we don’t have to carry them too far.

I brought back the books, grabbed my reservations… then bumped into a problem of not being able to find all of them and having to ask someone to find them for us. 😛 And so instant of a quick grab and run it turned into a game of who can spot the two missing reservations. But eventually we found them. Yay! I also found two other books that seemed interesting and I needed to have them.

After that onwards to Library #3. I was so looking forward to that one, it has been a while since I last visited and I was hungry for some new books! Remember those two gigantic books from last time (Chile and Norway)? Well, I found Australia today! My hubby was sighing and rolling his eyes when he spotted the book, he remembers how heavy the other two books were. 😛 I also found two other books at the new part, and later another one which had me blushing and giggling (the book about orgasms, oh my).

Children’s/YA next and after that comics/graphic novels, I found several great books at both places, though I had to part with one of the books. When I was done and checking out the books on the computer one of them didn’t want to work. We went to one of the librarians and she checked… apparently this book is from a whole different library/different city quite a long time from here. Apparently someone wanted the book and ordered it from the other library to be brought to this library (which is possible though costs quite a penny). However that meant it should actually have been send back, and not put back on the shelves. I was heartbroken as this is one of the books I was so excited to read for a while and I was surprised and delighted to find it. English books are so hard to find here. sighs

Oh well, it meant I had room for one more book and so I found that orgasm book. Teehee.

All in all, tons of time spend in libraries today. I got plenty of new books to read and I can’t wait to get started on them. 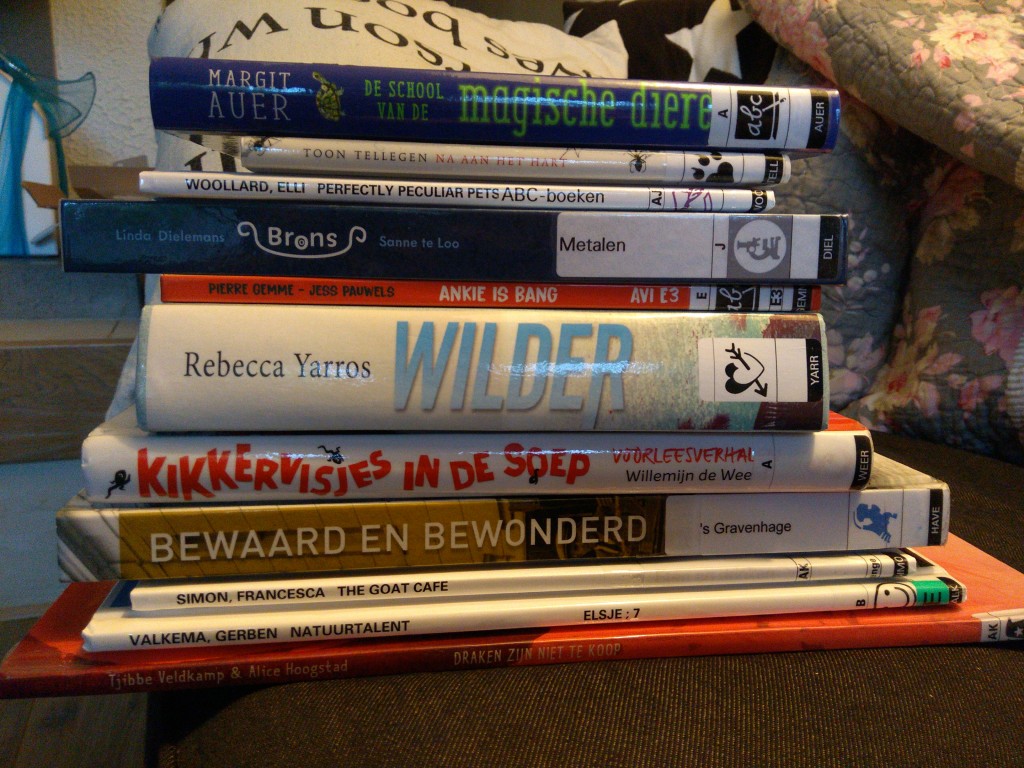 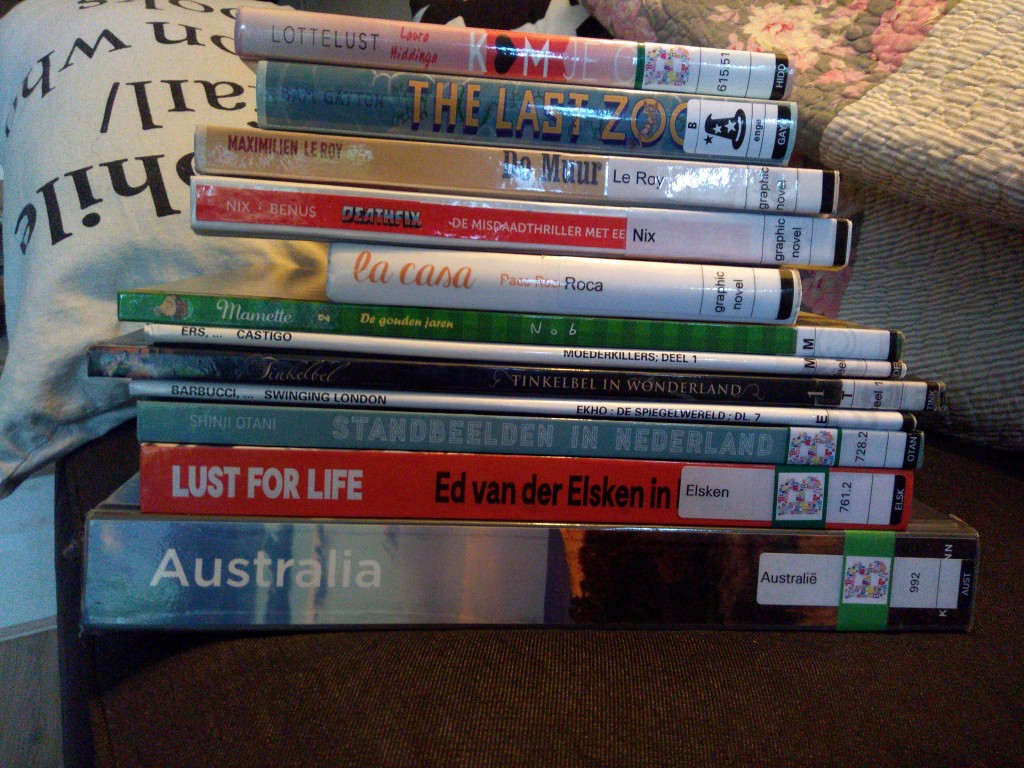