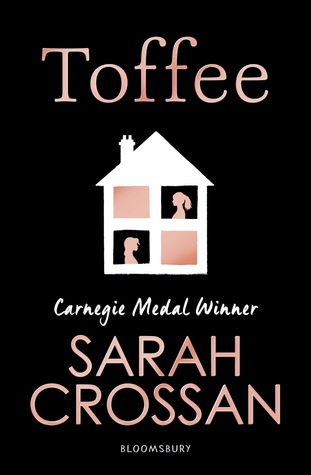 A wonderful and special book about abuse, dementia, bad friendship (and also good friendship), finding a home, and more. It was beautifully written.

Poetry still isn’t entirely my thing, but I just can’t resist a book like this one. I know I loved this author’s other book, One, so I was eager to get this one started.

I wasn’t always a fan of the MC, like how she just got into the house and then how she kept sneaking around and making use of Marla’s dementia as I would call it. I get it, she is desperate, afraid, alone, but I still couldn’t forgive her for doing this to an old woman. However, later on she became much better, sweeter, kinder, and she started taking care of Marla. Making sure she was happy, learning about dementia and how to help people with that, making food, taking her for walks outside as no one was doing that, going with her past flashbacks, it really made me happy to see them get closer and really bond. She really became a friend for Marla, and Marla definitely needed that. Her own son is mean and hurtful, the woman who pops by at times seems friendly but at times also stand-offish. But now she has Allison, or Toffee as she calls her for most of the book. And Allison has Marla.

I didn’t like Lucy at all. For many many reasons. The homework thing, the stealing, the way she acted in other ways. How entitled she would act. Someone should really stand up against this girl and tell her what she is doing is wrong.

I liked Kelly-Ann, we don’t see a lot of her, sadly, but what we see of her made me like her. The ending made me smile so much.

We have two timelines and we switch between them, we see the now time with Allison and Marla, see how Allison is trying to find a home, a safe space, trying to become stronger. And then there is the then time with the abuse, how things escalated to the point of Kelly-Ann leaving and then our MC also leaving when things really got brutal, we see how the dad ruled the house and how he treated Allison and fiance. Not always violence, but at times words or silent treatment. Or even putting his own daughter in the cold outside. It was quite shocking to see what the dad was doing and how later he didn’t even see what he was doing wrong.

At points in the book my eyes were just welling up, I wanted to grab Allison and drag her out of that bad place, far away from her dad. I hope she is able to fully recover from all the things she experienced in her life. She is getting happier in the book, but I think she has a long way to go. Thankfully she has people around her who care about her and who she can trust. I am sure that Allison will be fine.

“Seagulls swoop, owning the sky.
Each one has their own war cry
and can identify another’s tune.
Would anyone know my voice
if they heard it ring out?
In my pocket, my phone pings.”