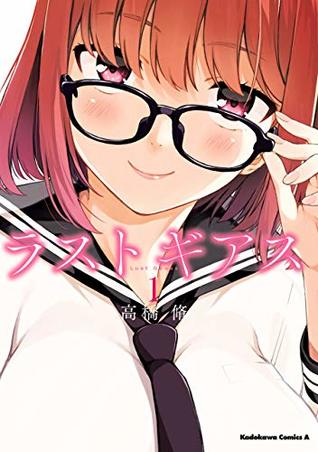 A boy and a girl, a curse, and tons of sexy times.

I was looking around for something sexy, something with something extra and I bumped against this one. Oh my.

Two childhood friends who want more from each other get just that when the guy finds an old book at a bookstore and takes it home and recites a spell (never do this kids, even if it all sounds like a joke, as soon as you see the word summon in it or something like that, just stop and don’t recite it), he gives it to the girl and she reads it as well. I instantly knew that the shopkeeper was suspicious. Come on, the book is clearly special, the woman is dressed all mysterious, and she gives it to you for free. But it isn’t until later that we learn of her name and what her intentions are.

Now she has tons of lust and he is the only one who can satisfy her to make sure she returns to normal. Yes, he needs to make her cum before she is satisfied and back to normal. It is quite an interesting idea and the sexy scenes are well drawn, really, dang. fans herself to cool off They do all sorts of things, never go all the way, but still, there are plenty of other ways to satisfy both parties, at least later on. At first it is all about the girl causing the poor guy to have quite a bit of pain. Which then causes stress between them, but thankfully they talk it over.

I love the relationship between the boy and girl and I love that while this curse isn’t always the best (because there is a twist to it) they finally get to be together and do pervy things that they always have wanted to do together (but never dared to do). It is a shame they needed this curse/this book to achieve it, but hey, whatever brings people together I guess?

HOWEVER, one minus point is the black-haired girl who is just annoying and should go away. Really, you know that they are together, you know they are having sex. Instead of dropping it you just force your way in (given that ending). I don’t like characters like this. Again, I know she loves him, I know she is also interested in him. But he has a girl, and oh yes that girl is your best friend. Why would you continue like this?

I will keep on reading, but if that black-haired girl gets more attention and/or he screws both of them, I am out. I don’t like that stuff at all.