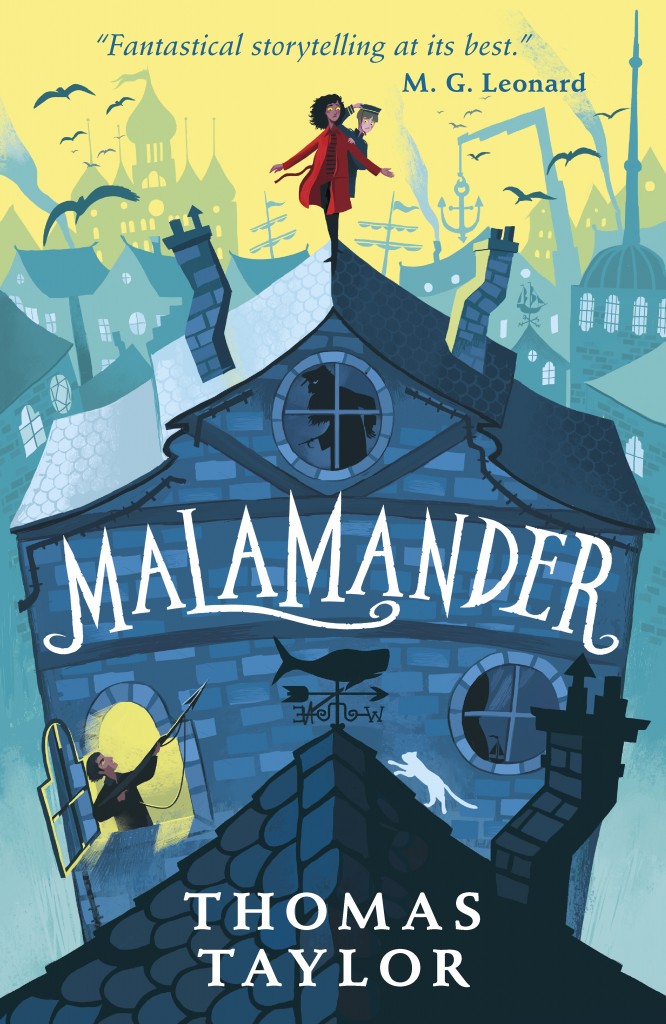 A lost girl, a boy working at lost and found in a hotel, a mysterious being stalking the beach, missing parents, and tons of adventure and mystery.

OMG, I was just so happy that one of my libraries had this one in their collection and in ENGLISH! does a happy dance I had heard so so much about this book and I was eager to read it.

I have been trying to write a review for a couple of days but I still can’t find the right words for the awesomeness that this book is. So I will do a good/not so good review.

Good:
-The mystery was just such a delight, I had tons of fun finding the clues and trying to figure out what was going on. We have the mystery of the parents, what happened to them? Are they dead or just gone? Does anyone know them/know more about them? What happened to their luggage? What kind of jobs did the parents have and what does that have to do with this mysterious town? And of course there is the mystery of the Malamander. What is it this creature and is it good or dangerous? What is up with the egg it lays? Does it really fulfil wishes? And I could go on, it was just fabulous.
-The characters, both Herbert and Violet were delightful characters though I have to say I was more a fan of Herbert as he was sensible and I love how brave he was. He mostly lived a life in the basement with lost stuff and yet when adventure knocked he wasn’t afraid to get to it. OK, sure, at times he wasn’t too happy with what was going on, but I can imagine that. There are some scary bits. I hope in the next book we find out more about him and who/where his parents are.Violet was fun, though I wish she was more honest about things. And maybe she should respect Herbert a bit more at times. 🙂
-The Malamander. Such a wonderful creature and I loved that he had such big secrets.
-The town, Eerie-on-Sea, which I already love just for the name. But I loved it even more for the mysteries and secrets that pop up constantly. The mist that just seems to appear without any warning. I would love to live there. Especially during the winter.
-The cover. I just adore a wonderful cover and this one is especially fabulously drawn. And I love it more now that I know which scene this cover is based on! And no, I won’t tell you which one.
-Talking cats, do I need to say more?
-The ending, or well the last part of the book. The adventure and excitement levels went even further up.
-Violet’s wish. It gave us some more answers, but I also have to confess I had to wipe some tears due to the nature of the wish.
-Delighted that we get backstory on the hookman, who he is/was and why he is doing what he is doing. Poor guy.
-The owner of the hotel and her backstory. Plus, I just love the machine she had that allowed her to view the town. Can I have one?
-The bad guy was written really well. I just wanted to throw him for the Malamander so many times. 😛

Not so good:
-Well, the only thing I am disappointed in was the fact that this book didn’t solve the parents missing stuff. I was kind of hoping it would, and I hadn’t seen that this one was the first in a series. I thought it was a stand alone. I am still delighted there is more to come, but now I was just constantly looking forward to that getting solved and in the end nothing happened. Just a few clues here and there.

This was a wonderful, adventurous, mysterious, and fabulous book, and I would recommend it to everyone.