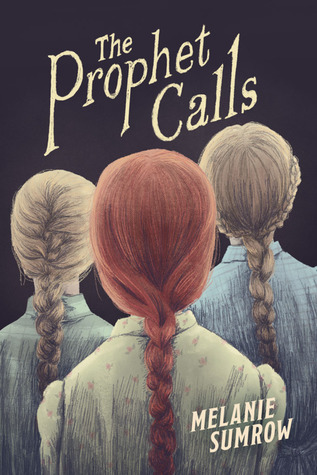 A girl in a cult finds herself in chaos when everything goes wrong.

This was one of my anticipated reads of September, I love books about cults, I am always interested to see how people fall for them, how people act there, and how a cult works. And to see people try to find a way out (as that is often a plot as well).

However, I am disappointed in this one. Since I am quite tired, and I have tried to write a review for the past 6 days, I will just go for a good/not so good review… though I guess most of this review will be about the not so good stuff.

Let’s start with the not so good:
-Pacing was just not good. In a very short span we And that is how it went throughout the book.
-It didn’t feel like Gentry was in the cult for very long. She had a few things going on that said YES I live in a cult and have been living here since my childhood/since a baby, but then there were tons of things that were just weird/off. Like her constantly standing up against everything, her arguing with everyone, her constant butting into things, and other things. That just didn’t seem how a girl who has been in the cult for all her life would act. I have read plenty of books about cults, and yes sure, the characters generally learn to stand up for themselves and others, but not this fast. It is gradual, and with it they also lose their faith in the cult. So it was just very weird, and each time she talked about how long she has been in the cult (forever it seems), I was just startled. Whut? Really? How?
-How Gentry met C. and they had a convo about how they felt about the cult. Again, weirdly done. Gentry thinks back to the ONE FREAKING concert (well, one song) she and her brother gave a while ago before the mess and how KIND the people were and thus her cult teachings must be off. Which sure they are, but still it seemed weird that she was so instantly convinced and instantly thought something was weird about the cult teachings. Which, also goes with the point above.
-But then there are times that Gentry is totally into the cult stuff.. It was just so confusing. Make up your mind.
-Her relationship with C. I get that they are friends, but she is constantly dodging any guys not her brothers, but in the mean time she is constantly with C. Sure, I was happy that they were so close, but come on, you two should know…
– we are constantly told girls need to be 18, but for some magical reason Meryl, 15, and our MC, 13, are getting married off. What the fuck? Did this have to do with the personal vendetta of the cult leader against the dad? Or something else? [/spoiler>] -The mom. I get that she is superbrainwashed, but at times I thought she would speak up. But she never did. And it was just painful.

Good (Yes, I also have at least 3 good things):
-The brother-sister relationship. I loved how Gentry’s older brother was always looking out for his sister and his family. Even when poop hits the fan he tries to connect.
-Amy. Ah, Amy, I just loved the girl. She doesn’t have it easy in the cult as she has Down syndrome, people bully her or make remarks. She isn’t allowed to go to school or anywhere. But yet she stays positive (or at least tries as we can see the comments do hurt her), helps out her older sister, sings and dances, and other things. She sure was a radiant light in this book.
-The cult was kind of interesting though I wished we had seem more of it. Now it was mostly focused on the mess that happens to Gentry’s family and less on the cult itself. We do see some workings and we do find out that the cult leader has been in jail for 11 years. Yep, the guy is in jail but still manages to preach to his cult.

So yeah, disappointed. Hopefully my next book about cults is going to be better. If anyone has any recommendations be sure to let me know!