roars Welcome to the Blog Tour for 50 Dinosaur Tales written by Sabrina Ricci, Garret Kruger! How could I resist this tour? It had dinosaurs which I just so so love, well maybe not that they look like birds these days. 😛 But I do love reading about dinos, seeing them discover new/old ones, and more. So I had to sign up for this tour.

What do I have for today’s tour? I got an excerpt + book/author information. 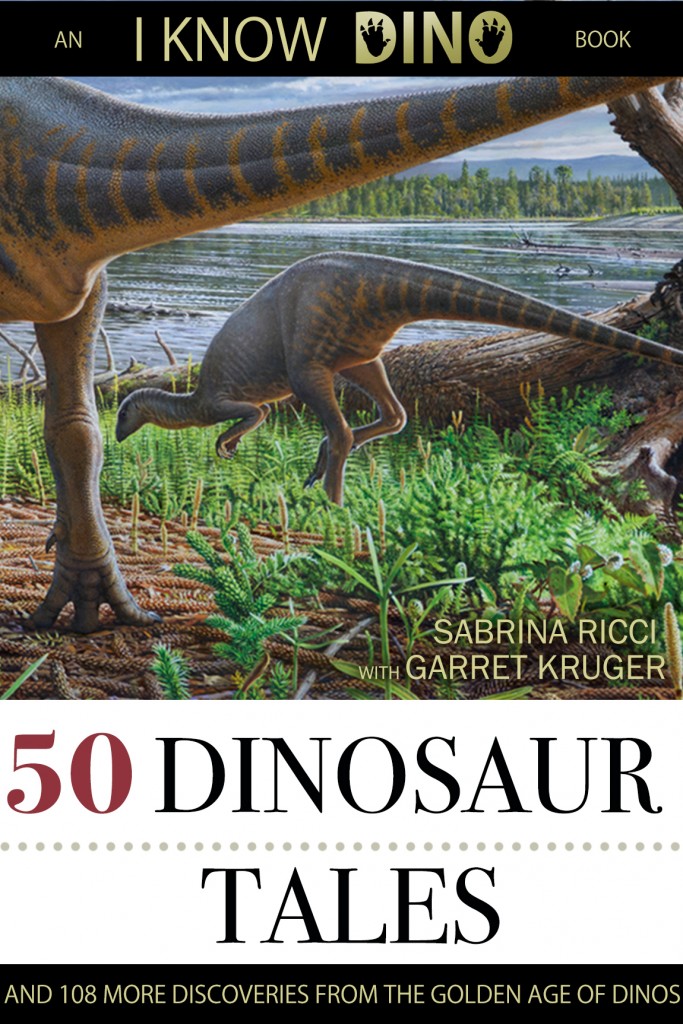 “Gualicho takes a bite out of the ornithopod’s back as it runs away from her, causing it to stumble and fall. She jumps on top of the body and rips open its neck with her teeth. The ornithopod becomes still and limp.

Satisfied, Gualicho begins to feast. But, after only two bites, she senses something is wrong. She lifts her head and sees a Mapusaurus making its way toward her.”

About 50 Dinosaur Tales
Blending fiction with fact, 50 Dinosaur Tales imagines the way 50 newly described dinosaurs from the Triassic, Jurassic, and Cretaceous lived in their natural habitats.
Also included is a list of fun facts for each dinosaur story, and facts about 108 additional dinosaurs.
If you want to hear more about new dinosaurs as soon as they are discovered, listen to the weekly podcast I Know Dino. 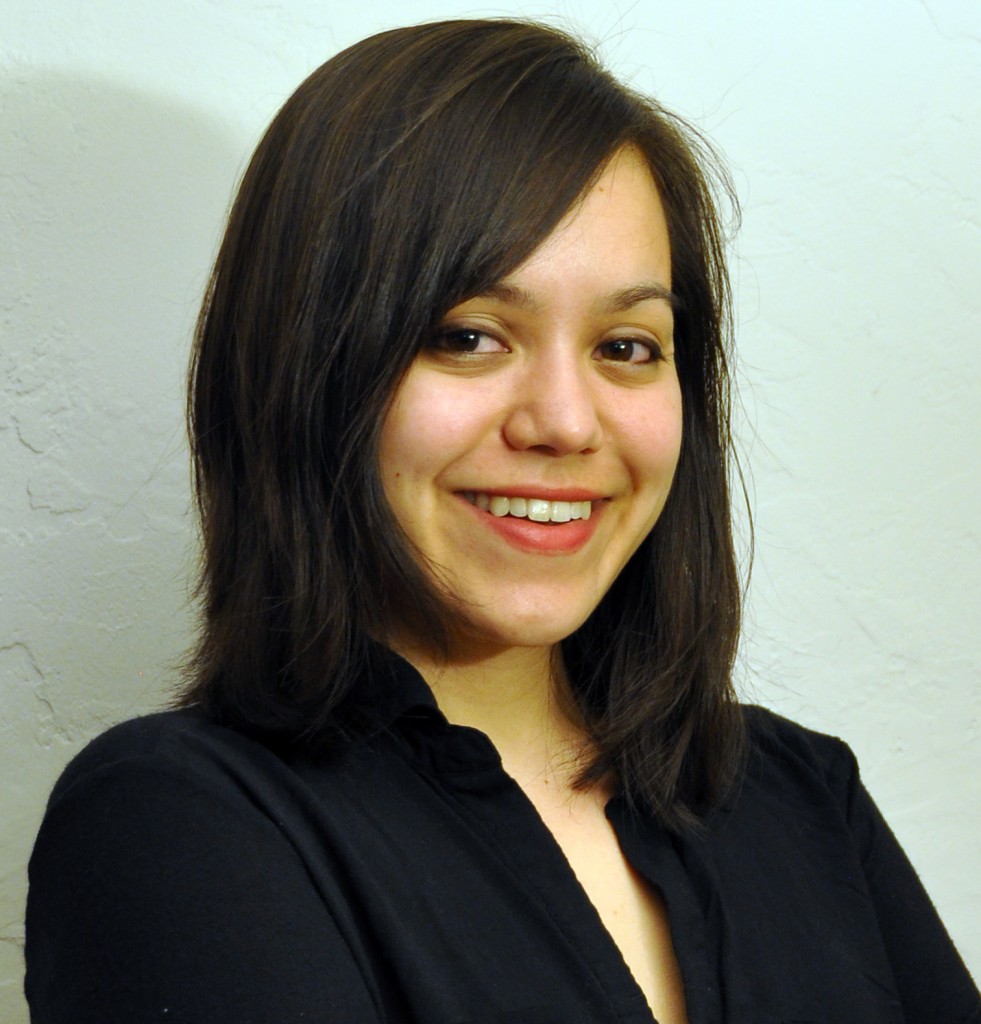 Sabrina is a writer and podcaster. She loves nerdy things, like technical specs and dinosaurs, especially sauropods. When she’s not writing, she’s podcasting with her husband at I Know Dino (iknowdino.com), a weekly show about dinosaurs.

50 Dinosaur Tales imagines the way 50 newly described dinosaurs from the Triassic, Jurassic, and Cretaceous lived in their natural habitats. I’ve learned a lot the past five years producing a weekly dinosaur podcast with my husband Garret, at iknowdino.com, and had a great time writing short stories about some of the most recently discovered dinosaurs based on what paleontologists know about them.

Below is an excerpt from the book—the story of Ostromia crassipes, a bird-like theropod dinosaur that lived in the Jurassic.

Ostromia crassipes is small but mighty. He’s about the same size as a modern crow, and he has feathers on all four of his limbs, which look like wings. But he can’t fly.
Instead, he stays active on the ground, taking advantage of his claws and teeth to find food. He’s not a picky eater and will eat just about anything he can fit into his mouth: insects, small reptiles, amphibians, and even mammals.
Sometimes all he has to do is open his jaws and clamp down on his meal. Other times, it takes more effort, and Ostromia has to pin down his food with his claws while he takes bites. Those meals are usually more satisfying, but they also leave Ostromia tired.
Ostromia’s favorite snacks are dragonflies. He falls into a daydream, thinking about chasing one. Dragonflies are so mesmerizing, and they come in an array of colors. Sometimes they’re bright blue, sometimes dark green, and sometimes even a golden yellow. And their wings—Ostromia likes how they shimmer in the sun.
From the corner of his eye, Ostromia sees a flash of light and turns his head. It’s a dragonfly, flying low to the ground. It’s one of the bright blue ones, and even its wings have a blue tinge. Ostromia salivates.
The dragonfly doesn’t seem to notice Ostromia. Even without any apparent threats, it moves fast. Ostromia jerks his head around, keeping his eyes on his next meal. His body is still so as not to scare it away. Then he waits.
Sooner or later, he knows the dragonfly will stop to rest.
Fortunately, he doesn’t have to wait long. The dragonfly lands on the branch of a short tree nearby. The branch is close enough to the ground that Ostromia can jump and catch his meal.
Ostromia wastes no time. He takes two quick hops toward the tree and swipes at the dragonfly with his claw.
The dragonfly flaps its wings and gets out of the way. Ostromia watches as the dragonfly hovers just out of his reach. He jumps up, trying to grab the little insect, but it flies high enough for safety.
The two play this game for a while. The dragonfly gets lower to the ground, and Ostromia jumps but is not quick enough. Ostromia doesn’t mind though. He enjoys this game, and he likes to see the dragonfly’s wings glimmer as they move.
The dragonfly gets low to the ground again, and this time Ostromia is ready. He jumps, one claw outstretched, and tears through part of the dragonfly’s wing. The insect is injured and falls to the ground.
Ostromia pounces. He doesn’t need to pounce, but he doesn’t want to risk his meal getting away. And besides, pouncing is fun.
Ostromia opens his jaws and bites the dragonfly in half. His meal is crunchy and satisfying. Definitely worth the wait. He eats the rest of the dragonfly in a couple of quick bites, saving the wings for last.
Facts
• Ostromia crassipes was an anchiornithid theropod that lived in the Jurassic in what is now Bavaria, Germany.
• Originally, Ostromia was considered to be Pterodactylus crassipes when it was first described in 1857. Then John Ostrom reclassified it as Archaeopteryx, and it was one of 12 Archaeopteryx specimens. In 2017, it was reclassified as its own genus, Ostromia.
• Ostromia was bird-like, had four wings, and was similar in size to Anchiornis, a small paravian dinosaur that lived in the Jurassic in what is now China.
• The genus name Ostromia is in honor of the paleontologist John Ostrom, who identified the Ostromia specimen (also known as the Haarlem specimen because it’s housed at Teylers Museum in Haarlem, Netherlands) as a theropod.
• The species name crassipes possibly means “thick foot,” based on the 1857 description of the dinosaur.

Find out more in the I Know Dino podcast, episode 159, “Lufengosaurus.” 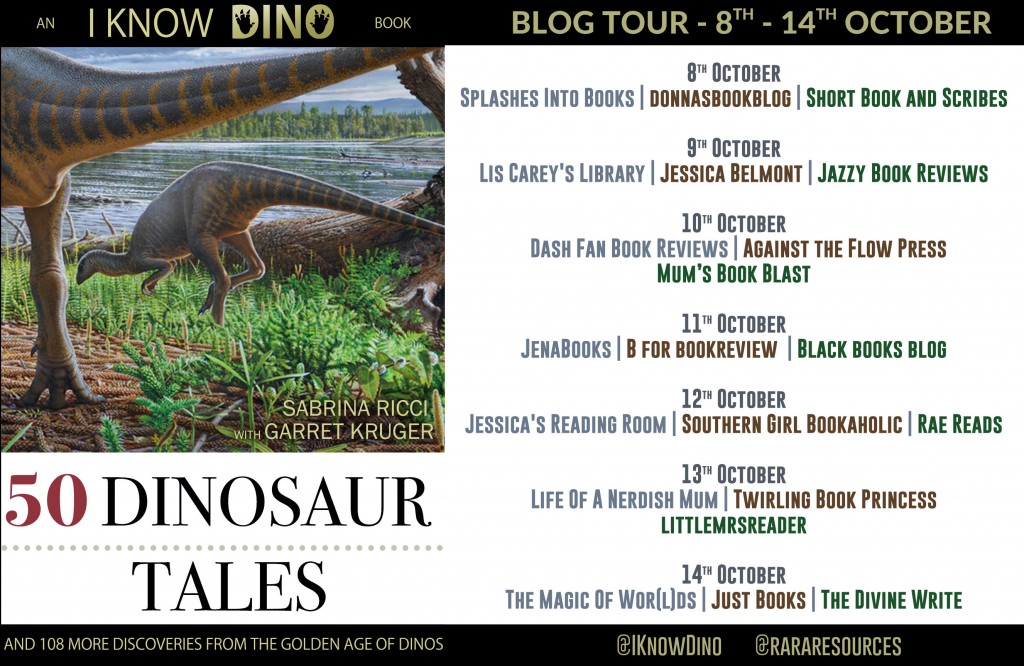