Welcome everyone! Welcome to the sexy Cover Reveal for Reforming the CEO by Marisa Cleveland! It was a fun surprise to see the mail for this one when I got to my PC this morning and saw the mail. Of course I would reveal this cover~

Next to revealing this cover I also got an excerpt from the book (releasing 11th Nov) + information on the author/book + a giveaway (open INT)! 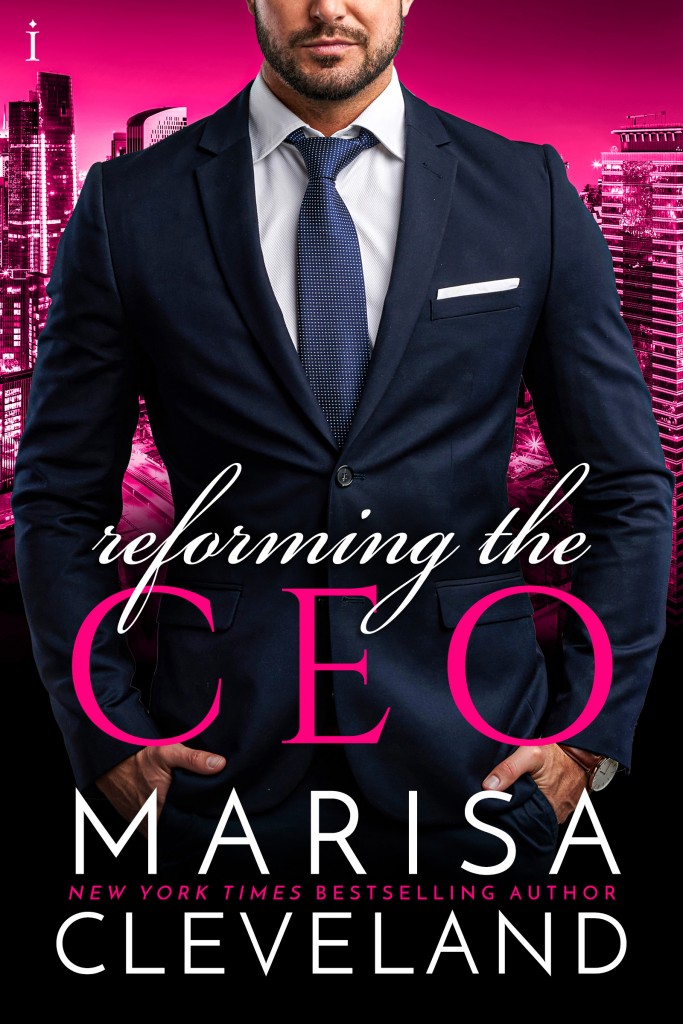 What happens when your next door neighbor is the hottest, most notorious playboy in all of South Beach?

Reece Rowe is on hiatus from respectability. Before she returns to her stable, boring existence of charity events and dating predictable, stuffy suitors who are only interested in getting closer to the wealthy family who adopted her, she’s going to get a taste of what she’s been missing. She screws up her courage and heads to Vincent Ferguson’s office to find out what all the women in South Beach already seem to know about him.

Once CEO Vin Ferguson’s tech company goes public, he’ll have proved he’s no longer the poor, gritty kid from the wrong side of the tracks. But, citing his bad boy reputation, some financial backers waver, and his friends suggest dating a more respectable woman to improve his image. Ridiculous. Because delectable but snooty socialites, like his next door neighbor, are way out of his league.

And then, Reese walks through his office door and makes him an offer. To say his jaw hits the floor is an understatement.

And he can’t believe what she just proposed…

New York Times and USA Today bestselling author Marisa Cleveland understands the power of words, education, and the ability to communicate. With more than two decades in the education and publishing industry, Marisa is adamant about supporting efforts toward the betterment of the human condition. Toward that goal, she is a doctoral student documenting her discoveries at AlwaysAngling.org.
Marisa has led writing programs, chaired events and fundraisers, and mentored emerging bestselling authors through the literary agency where she works as the Strategic Communications Executive Director. Previous to entering the publishing industry, she gained experience in higher education administration, in secondary education, and in writing, including technical, grant, research, and dissertation analysis. She has been featured at various book festivals and participated on panels and in workshops focusing on diversity, civil discourse, communications, and the state of the publishing industry. She has five peer-reviewed academic publications, over twenty published book remarks in a regional newspaper, and eight published novels.
Gulfshore Business and D’Latinos magazines honored Marisa with the Arts and Culture 2015 FACE Award, celebrating diversity in Southwest Florida, and in 2014, Gulfshore Business selected her as a “Forty Under Forty” honoree.
Marisa is ridiculously adamant about supporting the cultural and performing arts. For over two decades, she coached athletes in gymnastics, cheerleading, dance, and diving. She is a member of the National Communication Association, an associate member of PRSA and the National Capital Chapter, a former board member for the Naples Press Club, a former board member for Southwest Florida Romance Writers, a Friend of CAPA, and a member of Romance Writers of America.
In college, she received the President’s Merit Award for her active participation in the Society for Advancement of Management, where she had the opportunity to develop her own philosophy of what makes innovative, professional leaders, and she was later inducted into Kappa Delta Pi‘s Nu Alpha chapter.
Currently completing her doctorate in organizational leadership studies from Northeastern University, Marisa has a master’s in educational administration, a bachelor’s in speech communications, and is a 2015 Leadership Marco Graduate.
She loves to connect with writers and readers through social media.

What are you wearing?

Her skin heated at the innuendo, and she felt her face flush, despite being alone. Feeling naughty, she shed her tank top and jeans and hopped in the shower. She didn’t have to answer him right away.

Twenty minutes later, with the water still dripping from her hair, she texted back,

Just got out of the shower.

His reply was immediate.

After applying her favorite lotion and sliding into her bra and underwear set, she scrolled through her phone until she found the silver shower head streaming water and sent that emoji.

A peach and clapping hands appeared, and it took her a moment to figure out the meaning. When she did, her nipples tightened.

She sent him back a French flag and lips. Shouldn’t they start slow?

His reply—the French flag, lips, and a honey pot— sent heat straight between her legs. No question, sex was happening. Tonight. And now, her underwear was as wet as her hair.

She took her time with the blow dryer and changed into a different underwear set. She hadn’t responded to his last text, but a new one came through.

Meeting almost over. See you in the garden.

The man had been sexting from his boardroom? She sent him the snowflake.

He sent back the fire emoji.