Welcome to a new Library Haul, this time for Library #2 and #3!

Phew, what a day. yawns I was already tired from lack of sleep last night, but with a superbusy day to add to the mix, I just want to sleep! First up we went to Library #3’s city due to Pokemon Go Community Day. Which is now at a very crappy time, 11am to 2pm which just doesn’t work out for me and my hubby as we have to go to a city near us to actually get enough Pokemon as our town is too small. We both prefer the evenings as we don’t have to get up early. Generally we either go to the city of Library #1 or Library #3 on these days, and today the decision was made easier by the fact the books from Library #3 had to go back on this day.

After some Pokemon Go-ing I visited Library #3, walked around the new tables and my favourite spots, and at first it seemed I wouldn’t have a lot of books, but then I found a new spot that I seemed to have missed at the comic/graphic novel section. Which had quite a few books that were/are interesting. I only could bring a couple with me before I hit the limit of 12 books. Oh well, now I know where to look next time. 😛

Next up we went to Library #2, I had 11 reservations waiting and I had a couple books I wanted to find. I also checked my favourite spots and found a book I reserved 2 weeks ago just casually lying on the new table (while it isn’t even new any more). Of course I took it with me. I found a couple of magazines as well that seem interesting, let’s hope they are actually interesting. crosses fingers

Oh, and hilarious, I was picking up my reservations when I saw that one of the reservations was wrong. Instead of In mijn straat I had In mijn huis. So we had to check that out with a librarian and it turns out the barcode/number on the book actually was for the In Mijn Straat book. She helped me find the actual book + removed the reservation for me, and even more funny… the book In mijn straat had the code for In mijn huis. I wish them good luck with fixing that, I will have to tell them that when I bring it back next time.

NOTE (and edit on 15-10): Added the book list. There are still a couple of books I need to add to Goodreads, I will get to that when I read them. 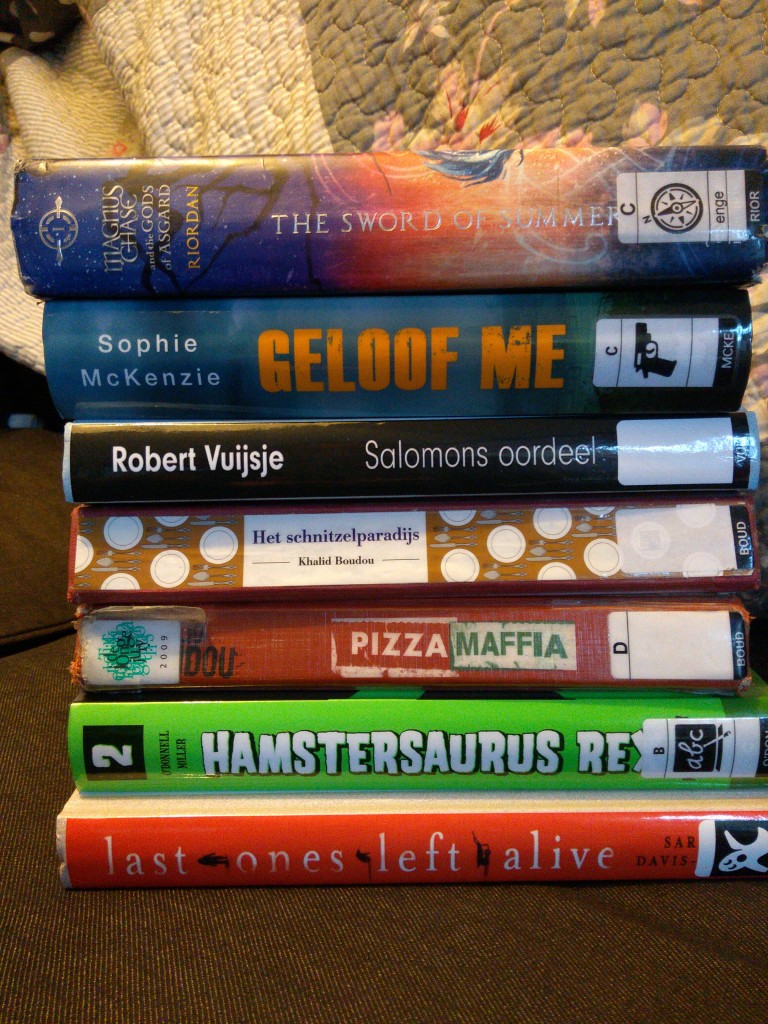 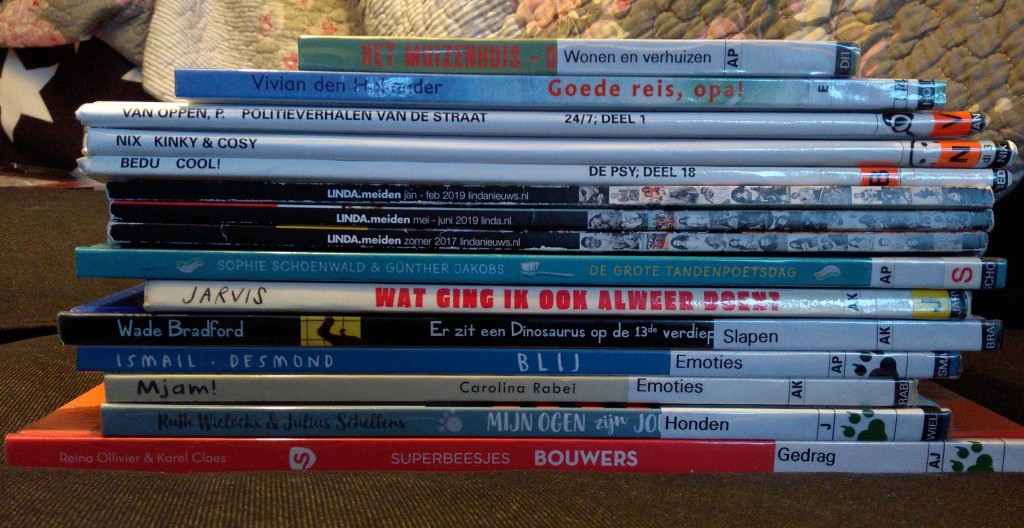 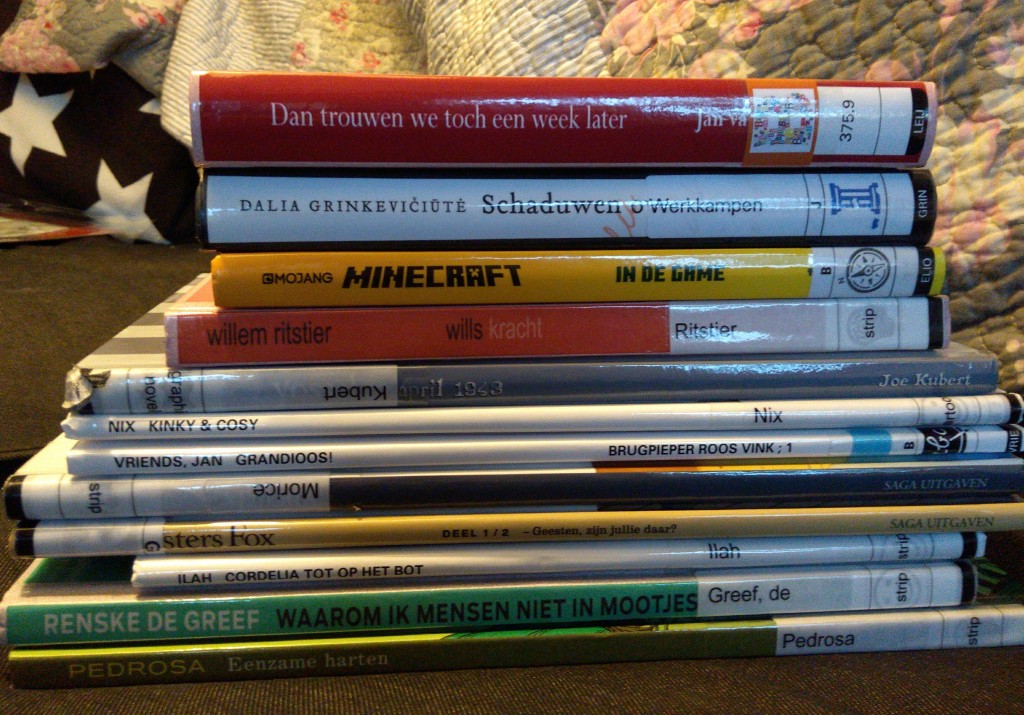