Happy weekend all does a happy and sleepy dance and welcome to a new Library #2 haul!

I just love Saturdays as it means a visit to Library #2 or #3, especially #2 I just LOVE to visit as it is the only library without a book limit. This time I had plenty of book to bring back with me, only a few remained at home. Several still need to be read by my hubbie but he is just so busy he doesn’t get to reading them. For that I am also happy with the no limit of books. With the other libraries I often had to disappoint him and tell him the books had to go back, but with this I can just extend it two times before it REALLY has to go back.

Back to today’s haul, I had 11 reservations waiting for me once again, sadly the 2 books on transport still are on transport so I guess they got lost somewhere. 😛 When we got there and started bringing books back we found out that the Library system was down and in emergency mode so people could at least bring books back/borrow them. It was quite funny (and a tad confusing) as, instead of titles, you got the numbers of the code that is in a sticker inside the book. Of course this meant that the librarians couldn’t really help out people if they wanted to know about the book because they couldn’t check the system to see if it was even in the library at the moment. Sure, they could check, and often did, but books aren’t always on the right spots due to people just putting a book they are holding wherever they can if they have no interest in it any more (especially kids do this). We overheard several of conversations of librarians unable to help people and explaining to people why. Hopefully the system is back in order again.

I had tons of fun just wandering around the library and this time I really went everywhere to check for books or magazines. I kept putting books in my trolley and adding to the stack that was building up in there. Eventually I had quite a nice stack already and I still had to pick up my reservations. Teehee, that is what happens when you have no book limit. You just keep on adding books. Eventually, when I had picked up my reservations, I had to do some nice Tetris to get it all right in my trolley. Today I really reached a limit on what can fit in my trolley.

NOTE: Not all of these are on Goodreads, I will be adding them when I get to reading them.
Edit 25-10: Added several links. 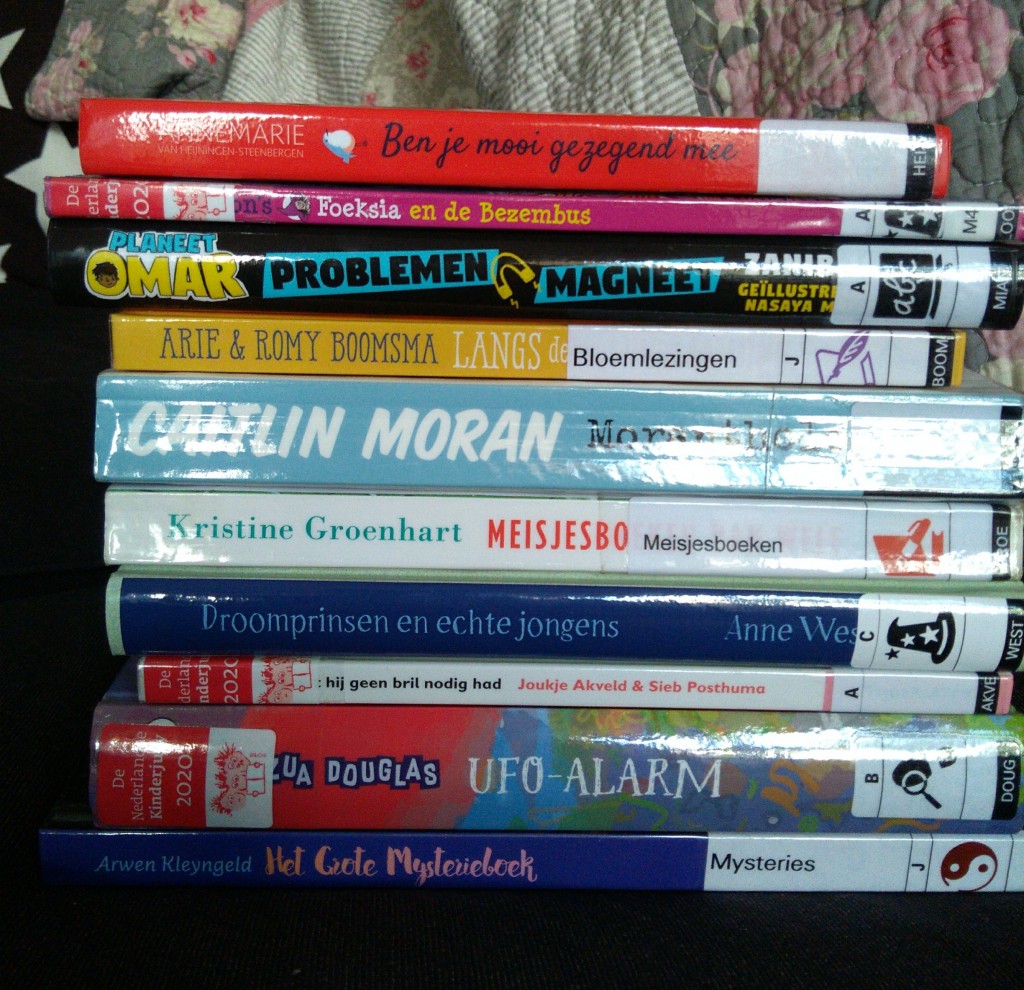 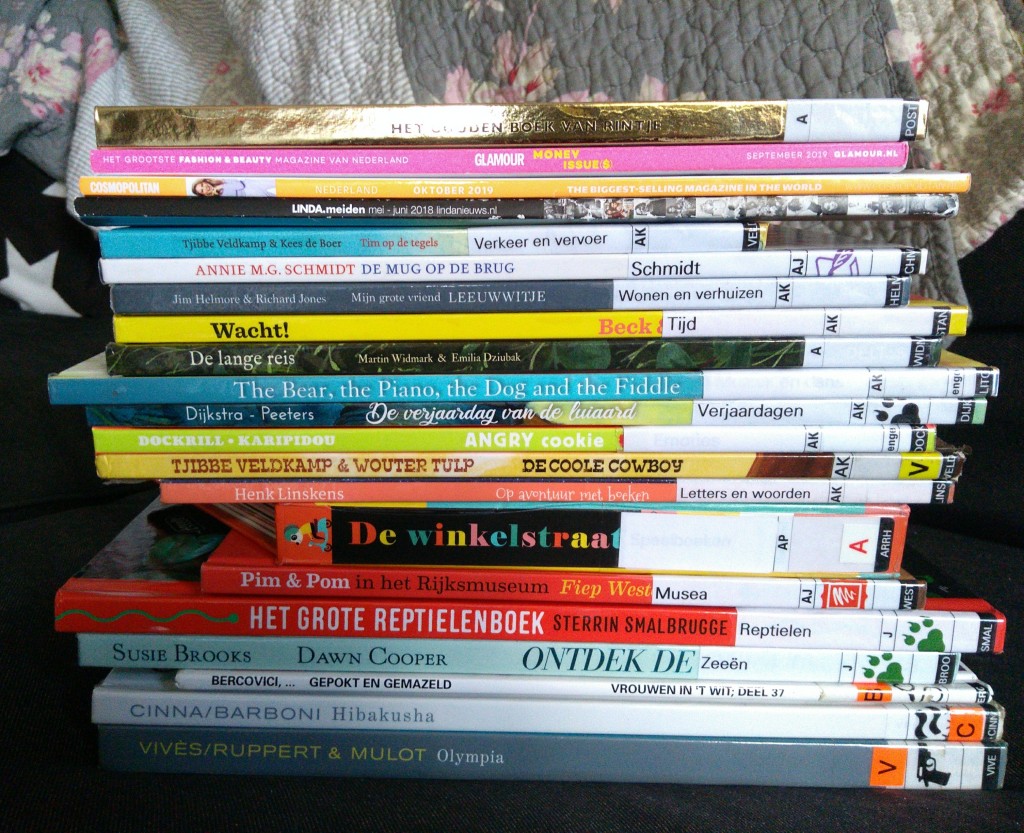