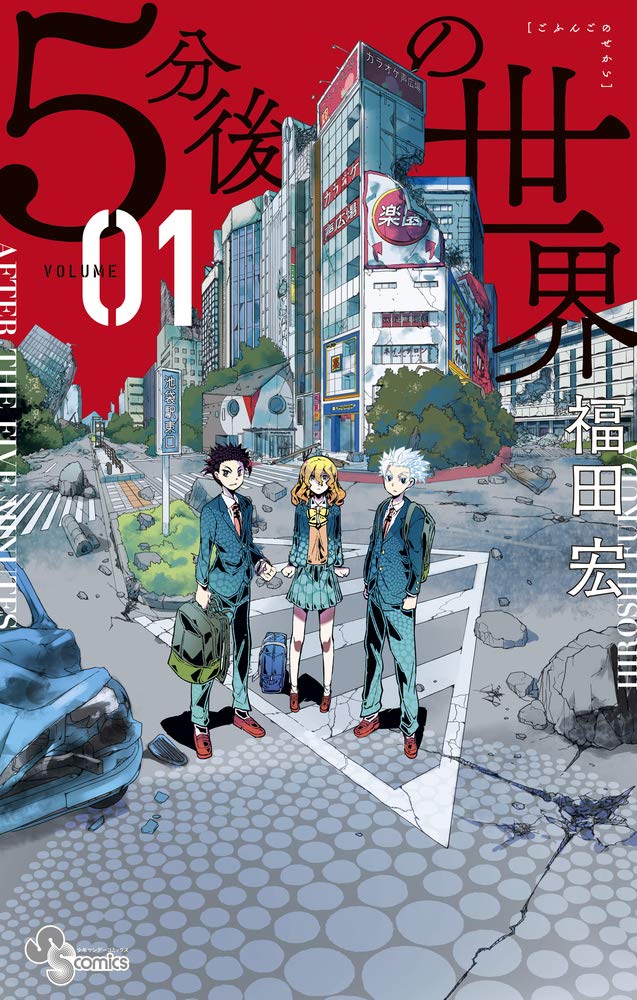 Murderous Bondage Buddhas are rampaging through Japan, is anyone safe? How will you fight something that is so strong and stony?

On my hunt for more horror/scary/creepy manga I came across this one and OMG I am so glad I found this one because it was pretty dang awesome. Sure, the fact that the Buddhas are coughs bondaged in various ways was a bit eh, but other than that, sign me up.

I wrote short-ish reviews per volume.

Volume 1: Bondage Buddhas, a boy with a bracelet that allowed him 5 (!!!) minutes into the future, childhood friendship (and more), tons of gore and murder, welcome to Gofun go no Sekai volume 1. When we first meet our MC and his twin brother and their other friend, a girl named Michiru, everything is pretty fine. Sure, the MC is a bit jealous of his other brother who is smarter, Michiru and him go along very fine. Then he gets the chance from a fortune teller to go to future. He takes it, but instead of years passing by… it is only 5 minutes. And from then on hell starts. Bondage Buddhas (yes, really, don’t ask me why) are murdering people left and right and terror is everywhere. You aren’t safe anywhere, and I would highly recommend stepping away from any Buddhist temples. It was very gruesome and at times a bit too much for me. For instance the girl being ripped to pieces by two Buddhas, or the guy getting his head smashed in… eh.
Our MC can go back.. but only once. So he has to find out more first and then he can try to help out. It isn’t easy for him when all his friends are dying left and right.
The ending? OH MY. I know who that is, or I have a very good guess on it.
All in all a fantastic volume, though I need so much more information. Does Michiru know more? What about her sister? Can the bracelet be used more than once? Is this another dimension or was the world fucked from the start as soon as our MC uses the bracelet (is this the payment?)? 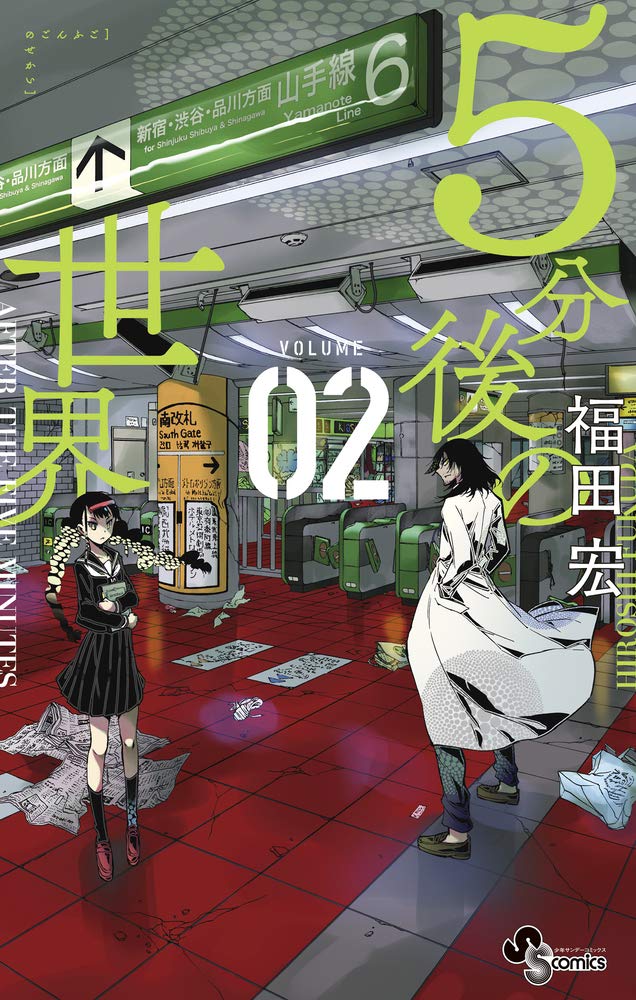 Volume 2: The second volume and this time with many more chapters. Yep, the first volume just had 6 chapters, this one has 10. Our boys continue their meeting with the strange old man from the future (I am still very convinced it may be Yamato, but so far it seems to point to no), in which he explains more about the Buddhas, and they learn some epic new powers though I found it a bit hilarious that they learned it so quickly… I don’t like that trope, neither did I like the whole oh I am the hero so I am just going to dive in while everyone shouts no. There is some more talk about the future and timelines and I did like Yamato’s decision and how he stood his ground. Indeed, the future is made out of branches. Let’s make a new future. And thus they decide to go after the biggest Buddhas. You may imagine how that will go, and yes, it was pretty epic, but also OMG NOPE when they went immediately to challenge one of them. We learn that Michiru’s diary is found and that it was eerily how things matched (which makes my idea that Michiru has something to do with this even stronger). The ending to this volume was one that had me going holy crap and also HOW? I was definitely startled quite a few times when Buddhas popped out of nowhere and just looked at the characters with their stony eyes. NOPE NOPE NOPITY ><.
All in all, two great volumes and I will be continuing reading this one soon.