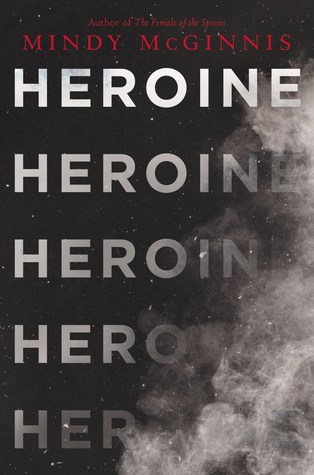 “You’re my hero, Mickey Catalan,” Lydia says into my ear, over the roar of
the crowd.
“Heroine,” I correct her.
“Hoo—fucking—ray!” Bella Right screams at me when I get into the
dugout.
Everyone is yelling my name.
Right now, everyone loves me.
Right now, I even love myself.”

Wow, this was just an amazing book, it’s been a long time since I last truly enjoyed a YA book so much. Yes, really. A few years ago this would have been unbelievable. I read YA left and right and enjoyed most of it. But these days I mostly stay away from YA, and am excited when I find a YA that I love. Wow.

This one was just pure amazingness. Yes, I had some issues with the MC, and some things just seemed a tad coincidental, but maybe that is just a difference between my country and the US.

For instance I found it really strange to see so much drugs use everywhere. That it was that easy to get drugs. That prescription pills were so easily gotten and then taken to drugs users. That apparently the papers were full of condolences for people who died of drugs abuse. I was wondering what kind of city/town our MC lived in that it was this bad…

I also thought it was a bit weird that the mom didn’t question things sooner. I guess she was just delighted and euphoric her daughter was doing so well, but still. Eventually sure she noticed, but by then our MC was so far away from it all that it was just too late.

I did like how the author wrote the descent to addition for our MC. How it starts with an accident which leaves her in enormous pain, and also with the future that she may not make it for the very important last season that she needs to be in. How she starts with prescription pills, first just what the doctor prescribed but quickly becoming reliant on them, and then having to get them somewhere else, and then it got only worse. It was quite heartbreaking to see a sweet girl who, despite the accident still has a future, yes she will have to work for it and get used to the pain, slide of the edge so much that it requires several shocking events to happen before she starts to see that maybe she needs help. At times I just wanted to shake the MC, at other times I wanted to hug and hold her. Tell her to stop. Tell her to get help. Tell her to talk to someone. Yes, I understand you want to play in your sport, I get that, but this is just not going to work, it will only cause more damage than the accident ever did.

I did like that at times we do see that guilt and despair is showing in our MC. She is afraid at times, afraid of what may happen, she is worried what people will think and what they will do when they find out certain things. It just hurts me that she never dared to reach out.

We also see her, thanks to the drugs, find new friends. While I wasn’t a fan of Josie due to how she acted and how she dragged everyone with her to the deep end, I was a fan of Luther and I was actually hoping that our MC and him getting together in a way would maybe mean them trying to fight the addiction. And at times it seemed that Luther had a bit more of a fight in him.

What happened in the first chapter comes back later in the story and while it was already shocking the first time, the second time it is even more shocking to read. Holy crap. While I don’t approve of what our MC did, I can imagine. She was afraid as hell.

I wasn’t really a fan of how our MC treated the girl who could take her place. I can understand that you think you are the only one for the job, but in reality there is someone else who is also good and also deserves a chance to play. Stop hogging the place, give her some room, and stop being a bitch. Besides, after a while the MC crashed so much that she had no right to complain in my opinion. But instead she kept pushing and being a bitch about it. Girl, really. It doesn’t help your team one shitty bit if you take that place. Instead things would just crash and burn, and you don’t want that… right?

I wonder why no one stopped the MC from pushing herself so far. Instead everyone just complimented on her doing so well, when in actuality the girl was just pushing her body over the limits to get to a goal. She should just have taken her time, and someone should have kept a closer eye on her.

One last thing, because I could probably talk about this book much more and how awesome and beautifully written it is, the ending was a really wonderful one. I won’t spoil anything, but I wish our MC a lot of luck. Fight! You can do it!