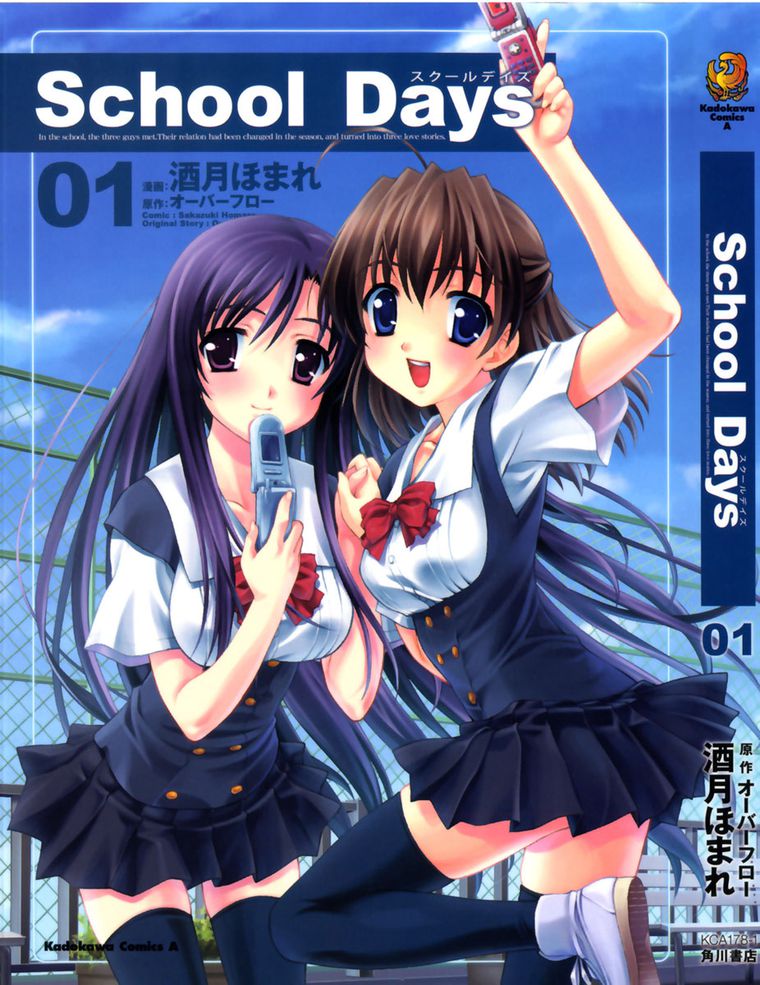 What will happen in this adaptation of School Days. Will people die? How bad is Makoto in this one? Combined review for the two volumes.

School Days, ah such a controversial anime with a nice boat. I just couldn’t resist this manga when I spotted it. I was curious would it follow the same story as the anime? Or the game? Or something different?

Volume 1: I have to say that after reading this I like Makoto manga more than Makoto anime. He dares to say no to Sekai who is a clingy girl who needs to understand for once he has a girlfriend and he is happy with her. Yes, it is awkward to see Kotonoha and Makoto together, but it is also really sweet. I was happy to see how he reacted to Sekai when she did that at the last chapter.
I wasn’t already a fan of Sekai in the anime, but it seems she became 50 times worse. She is clingy, she knows that she is hurting Makoto but continues to do what she does, she even kisses him twice which just pissed me off. Girl, I get you like the guy, but really? He has a girl. He is taken. Either wait for him to be free again, or find someone else. Don’t be so annoying.
I am a bit worried about Kotonoha. How will she react in this adaptation? And will Makoto be able to stop doing what he did in the anime?
The art is at times a bit dicey. Proportions are just weird and off. 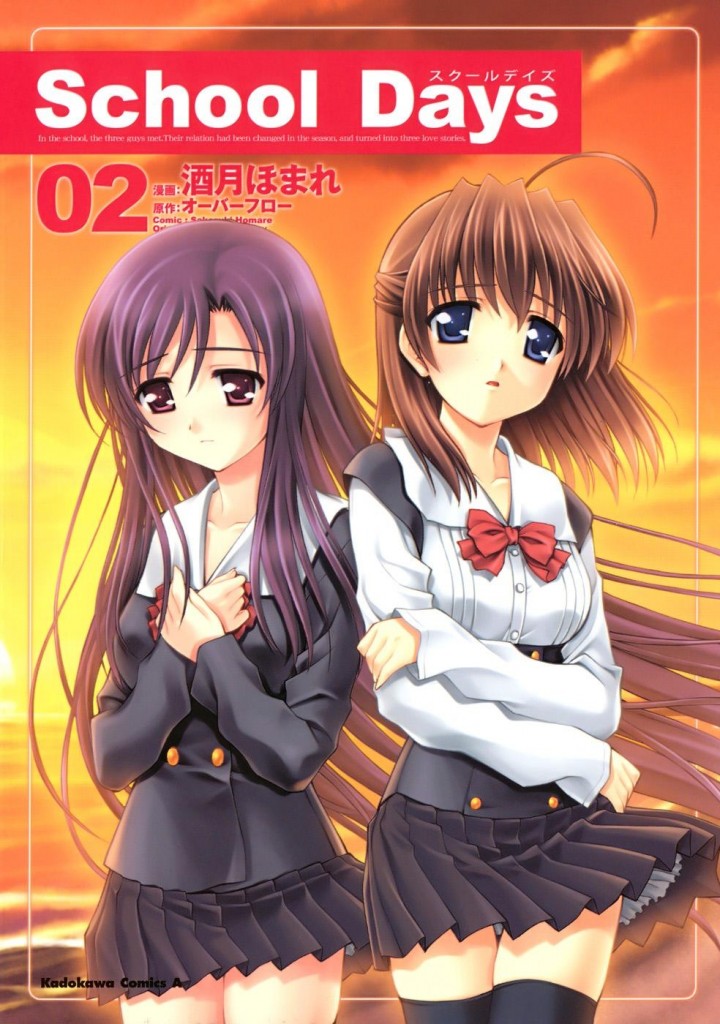 Volume 2: Oh dear, we can see things falling apart. Makoto is clearing wondering what to do after the confession from Sekai, and I can imagine. They have always been friends, always have been close, and now this happens. I did think it was selfish of her to do so.
We see him try to make up his mind and I just thought it was kind of silly that he was acting this way. You have a sweet girlfriend, who sure is a bit too afraid of human-contact, but still she is trying her best. And if you feel conflicted, at least talk with her about it instead of just wavering around and making her feel sad and guilty.
And in the end he stops wavering and just goes for both girls. Oh good lord, Makoto from the anime is back. What a dick. Not that Sekai is any better though. Good lord at that chapter 9. That poor Kotonoha, I wanted to hug her when she said those words, I knew that things would escalate and I knew that it wouldn’t be long for we saw a different Kotonoha. Driven over the edge.
Ah Chapter 11 is were things finally go to horror, and I am sorry to say, I was looking forward to it. It has been building up over the past chapters and I was eager to see how this one would go. What kind of bad ending would we get this time?
And holy hell that ending shocked face Welp, that ending was so not what I expected and it is different from the anime. While it was gruesome, it was perfect for this manga. Welp Makoto, I guess you should have decided sooner. This is what happens if you waver.
Again, like the previous volume, the art was a bit wonky. But the yandere bits were perfect.

All in all, I really had a good time reading this one. Yes, Makoto was a wimpy indecisive guy, Sekai was just a bitch, and poor Kotonoha. I would recommend this one, and I will definitely be re-watching School Days anime for this Halloween.