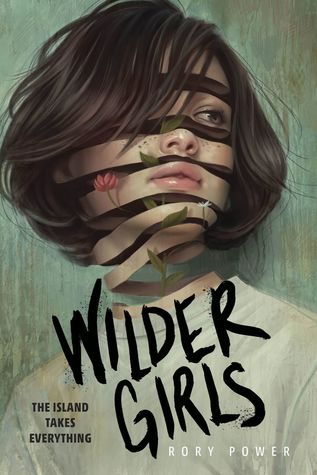 “A sparking. I know this feeling. Just before a flare-up, there’s a moment. Hard to describe, hard to pin down, but for me it almost makes it worth it. The pain and the loss, all of it a fair price for this. This strength, this power, this eagerness to bare my teeth.”

One of my very first Halloween reads and a book I have been longing to read since forever. But I wanted to save it. Save it for Halloween as this seemed to be a perfect book for that month. And it was!

For most of the book the MC we follow is Hetty, and later, when Byatt goes missing we also get Byatt’s POV. I have to say from the two POVs, Hetty’s was my favourite. I think it mostly had to do with one big thing that kind of turned me away from Byatt. I will put it behind spoiler tags. Hetty on the other hand was a pretty fabulous girl, and sure she made some stupid mistakes as well, but she didn’t do what Byatt did.

When we meet Hetty and the other girls it has been quite some time since the Tox started. Plenty of girls died, girls are sick, they are hungry, there are fights. We see how Tox affects the girls in different ways. Hetty for instance lost her eye, Byatt has spikes (for instance over her spine), Reese has a special kind of arm/hand, and that is just the main girls. It was quite interesting to see how the Tox affects the girls. And later on we even learn what it does to animals, and HOLY CRAP, nopity.

I knew from the start that this story probably wouldn’t have a good ending. No I won’t tell you if I was right or not, but I will share the signs. The fact there was barely any food and the girls fought over it when the Boat Girls came back. How the adults (the two were still alive) acted. How there was just no cure, and how the paper about the cure was yellowed and old (that was just a bad sign in my eyes), the fact that the girls never had any contact with the outside world. And the signs just increased with each new page.

The story was very creepy and I loved how it got more and more creepy as events unfolded. I just couldn’t stop reading either.

While we do get some background on how things got to the point we are at, I still would have loved some backstory. Maybe even have two timelines and work to the point of the now. Those earlier days, see the hope they still had, see how things got increasingly more confusing and chaotic and scary. I feel like it would have made the book even more awesome.

I loved the trio of girls and see them interacting. At times I found it a bit weird how they interacting, but in general I thought it was really sweet that their friendship from the beginning is still intact and that they protected each other and were there for each other. Of course… there is also a bit more between them, at least Hetty has feelings.

As the story continues we learn bit by bit what the Tox is, and what it does. But also we learn some more shocking information on it. It was really interesting and I was delighted with each nugget of information. I loved how everything just clicked together.

However.. the ending is were it falls apart. There were parts of the ending I loved, it was very fast-paced, and OMG whut? But the last pages… were just not my cup of tea. Too open-ended for my liking. That is why I am deducing 0.5 stars from the total.

And sure, there were some parts that had me rolling my eyes, but in general I just loved this book to bits. Just a shame of the ending.

Oh, and I also have to fangirl over this amazing cover! I already loved it when I first saw the book, loved the details, but with the book read… it became even more special and beautiful.

Another quote I just loved: “Byatt’s carved her initials over and over. BW. BW. BW. She does that everywhere. On the bunk, on her desk in every class we had, on the trees in the grove by the water. Marking Raxter as hers, and sometimes I think if she asked, I’d let her do the same to me.”

And there were many other quotes that I just adored to bits. The book is truly beautifully written. All in all, I would highly recommend this one.