Time to party guys, today I am delighted to be part of the Release Day Blitz for Something Just Like This by Jennifer Probst. I definitely have plans to read this one when I can. It sounds wonderful and I am very curious about the characters.

For today’s post I got several teasers, you can watch a book trailer (which was wonderful), I got a short excerpt from the book, and oh yes let’s not forget book/author information. 🙂

Happiest of release days to the author, congrats on your book and I hope you have an amazing day~ 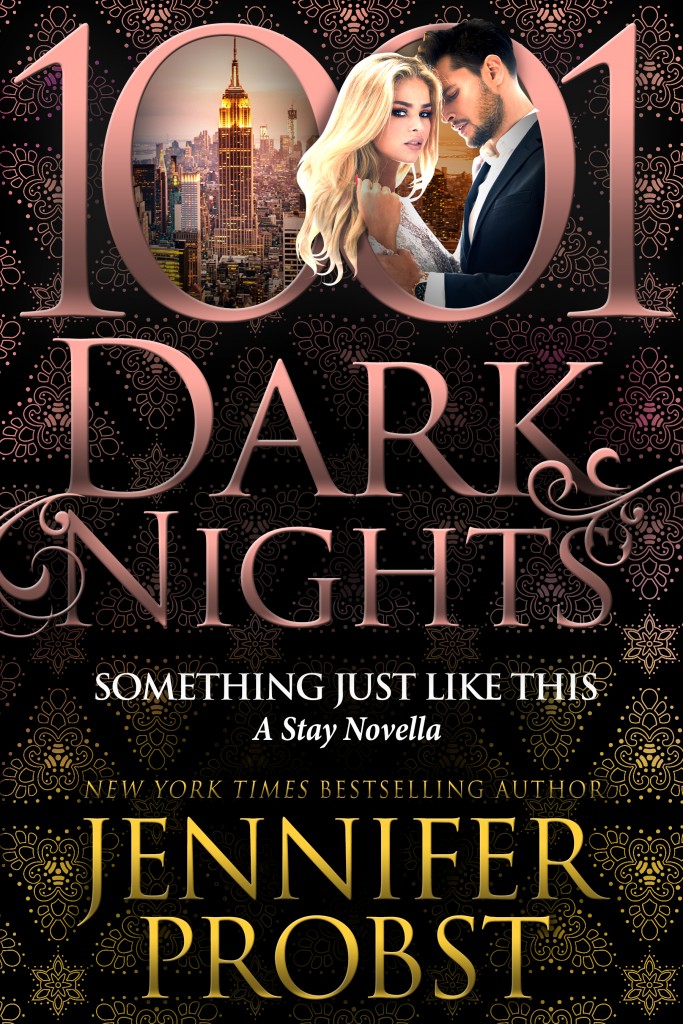 Jonathan Lake is the beloved NYC mayor who’s making a run for Governor. His widowed status and close relationship with his daughter casts him as the darling of the press, and the candidate to beat, but behind the flash of the cameras, things are spinning out of control. It all has to do with his strait laced, ruthlessly organized assistant. Her skills and reserved demeanor are perfect to run his campaign, but her brilliant brain has become a temptation he’s been fighting for too long. Can he convince her to take a chance on a long-term campaign for love or will his efforts end up in scandal?

Alyssa Block has admired the NYC mayor for a long time, but her secret crush is kept ruthlessly buried under a mountain of work. Besides, she’s not his type, and office scandals is not in her job position. But when they retreat to an upstate horse farm for a secluded weekend, the spark between them catches flame, and Jonathan sets those stinging blue-eyes on winning her. Can she convince him to focus on the upcoming election, or will she succumb to the sweet promise of a different future? 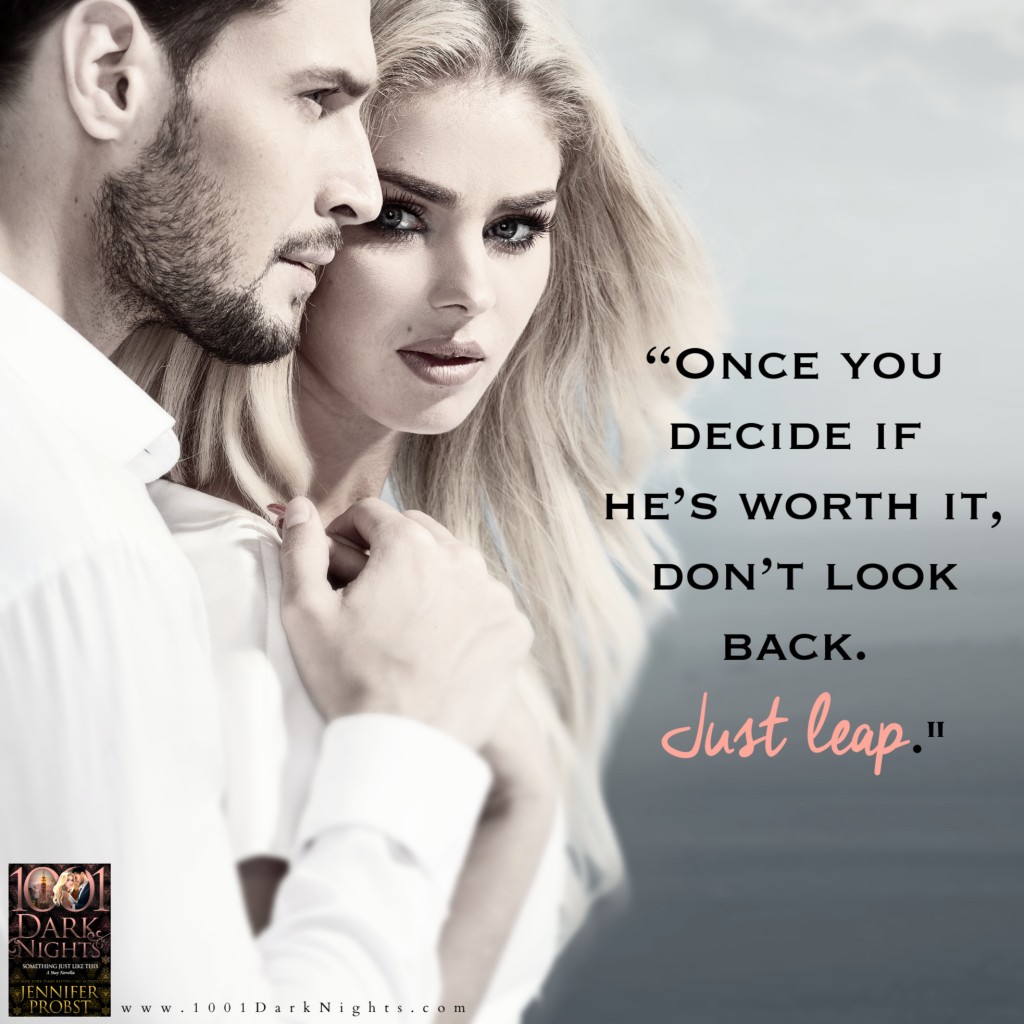 Jennifer Probst wrote her first book at twelve years old. She bound it in a folder, read it to her classmates, and hasn’t stopped writing since. She took a short hiatus to get married, get pregnant, buy a house, get pregnant again, pursue a master’s in English Literature, and rescue two shelter dogs. Now she is writing again.
She makes her home in Upstate New York with the whole crew. Her sons keep her active, stressed, joyous, and sad her house will never be truly clean.
She is the New York Times, USA Today, and Wall Street Journal bestselling author of sexy and erotic contemporary romance. She was thrilled her book, The Marriage Bargain, was ranked #6 on Amazon’s Best Books for 2012, and spent 26 weeks on the New York Times. Her work has been translated in over a dozen countries, sold over a million copies, and was dubbed a “romance phenom” by Kirkus Reviews. 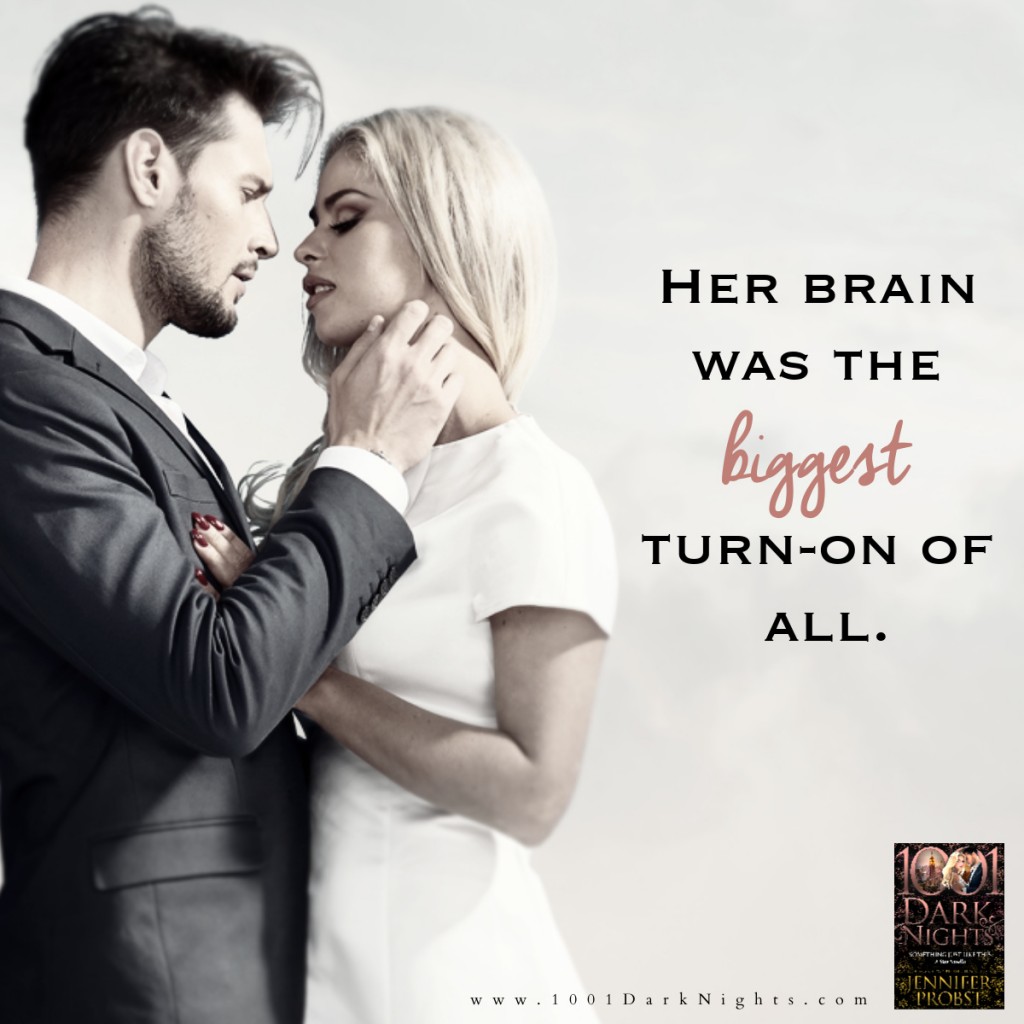 “Did you have any siblings?” he asked.
She shook her head. “Just me and endless aunts and uncles of the theater.”
“When did you finally get to pursue your own dream of college?”
“I left them when I was nineteen. Took my GED, applied to the local community college, and got a job working as a secretary. I taught myself to type and did the bills at home and for the current theater project they were involved in, so I had some skills. The rest was easy.”
She sipped at the wine, taking her time with the balance and flavor as she let it settle over her tongue and slip down her throat. He shifted in the chair, the heat suddenly strangling him. She was so damn sexy and had no clue. It made it so much harder not to touch her.
“How easy?” he asked.
“I got As, scored a scholarship to Cornell, then came to the city for a more interesting career.”
“Do you see your parents often?”
He wondered when she’d stop answering his questions. He was greedy for anything she’d share, but for now, she seemed open to talking. “No, but we chat on the phone, and when they came here last year for an off-off-Broadway play, they stayed with me for a week. We’re happier when we’re apart. Our personalities just never matched, but we love each other. We’re family.”
Her simple acceptance of her life humbled him. He knew she was no whiner, but it was more than that. She seemed to know who she was to the core and made no apologies—even to her parents. That type of strength and feminine confidence pulled at him. The man she took into her inner circle would be the luckiest bastard on Earth.
God, he wanted it to be him.
“Thank you for telling me,” he finally said, content to let what she gave him be enough. “I guess I realized we spend all this time together, but I knew nothing about your personal life.” Had he seemed greedy for information? Maybe it was better to ease off in case she was uncomfortable? “It’s nice to learn more about your important employees.”