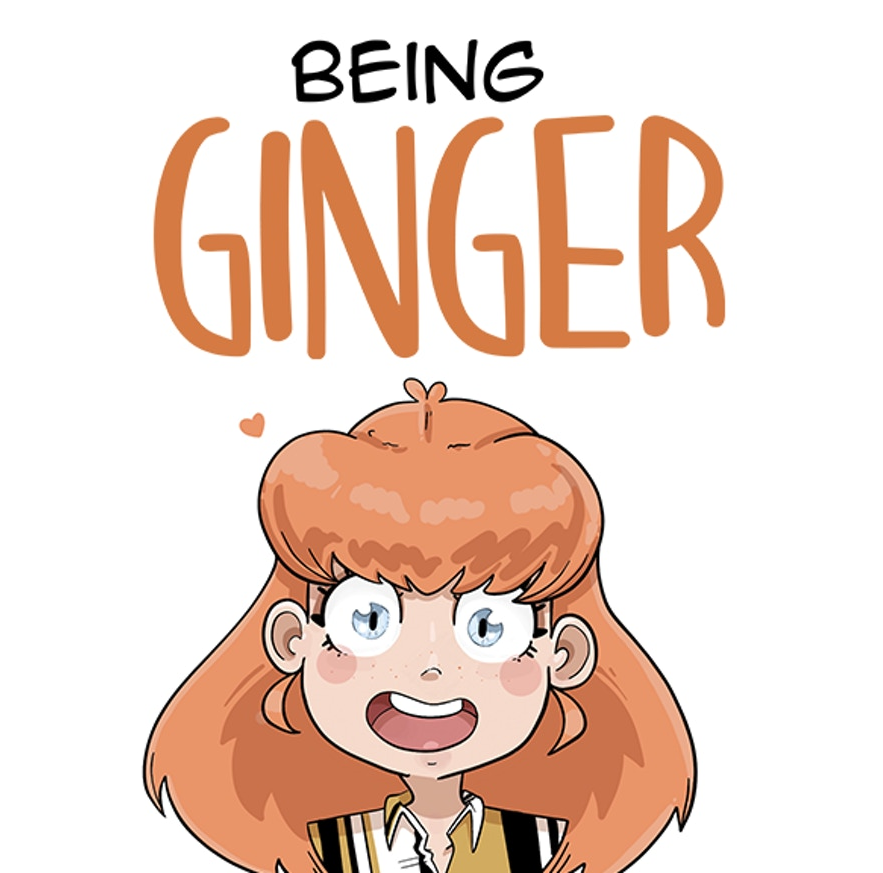 A wonderful and hilarious comic book about.. well, about being ginger!

I have been following this artist on twitter for a couple of months now and of course I had to support her on Kickstarter when she announced a book would come (and goodies). The book + goodies came in last week/week before that in a gorgeous orange package (fitting), and I finally had the chance to read it last Friday. hugs her signed copy and all the goodies

A couple of comics I recognised, but a few weren’t ones I recognised. Probably because I have only been following her for a few months and haven’t read all the older comics. Next to comics we also have several famous ginger people from Vincent van Gogh to Ed Sheeran.

The comics are delightfully funny, and while I am not a ginger, I had a friend in elementary who was very much ginger and had added freckles as well. I can remember that she at times got comments about it from people. So I could understand in a way how our author/artist felt. I did think it was funny how the artist’s mom gave her a cd of Ed Sheeran because he was a ginger like her.. that is it. 😛 And no, mom, please, we won’t become friends. 😛

The art was just a delight, I love the style so so much.

Oh, and at the end of the book she explains some more about how the comics are made which made me very happy. I love it when artists at a look at how they make comics/art.

All in all, if you have a chance to get this book, be sure to buy it. I would highly recommend it.