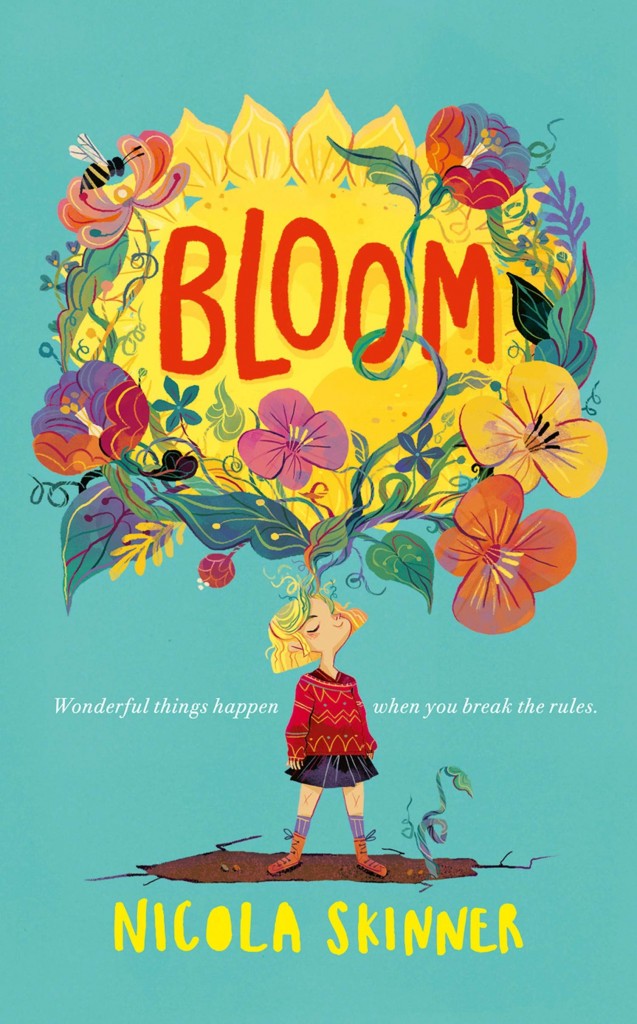 A lovely written book about nature, about magic, and about finding who you are.

I read this book in Dutch but I want to write a review in English. I will be using the Dutch names though, as I have no clue what the characters English names are. I started this one yesterday evening before I went to sleep, and then, since my ear hurt like hell (I got a helix piercing yesterday) I couldn’t sleep and decided to continue reading this book. Cue about 1 1/2 – 2 hours later and I was finished. I was done! What a book!

I want to write a good/not so good review as my ear still hurts and I am tired as hell.

Good:
-The Woekerkoppen or gardenheads. I wouldn’t mind a garden on my head though. I wonder what kind of plants or garden would grow on my head. Since each person gets their own that fits their personality which had me delighted and laughing. How perfect that it matched people so wonderfully, even though some may want to deny their rotten nature. 😛
-The curse was quite interesting and while it brought chaos (more on that later), it also brought unity and a chance for a better future.
-I loved how the illustrations started with just small strands of plants and then BOOM, burst into full bloom. It really looked like the book came to life, and I was delighted that they added this.
-Neena. While she was a bit too much the opposite of Bloem, I just adored her and how she wasn’t agreeing with the things Mr. Grittelsnert did and how she tried to stand up for her (and her schoolmates) rights. Plus, I just love an inventor (albeit she is a bit of the crazy sort).
-The ending made me smile so much.
-I loved seeing the symptoms of the seeds. How it started with needing darkness and sleep, then water, then light, and so on until things bloomed. Dear Lord though, I don’t want to know how much it hurt to have things bloomed out of your head. But I guess it is worth it.
-The way it all spread and the chaos that brought. First it was just 3 people, but quickly it became more and more. Yay for seeds. I had a laugh at the chaos that happened though.
-Sid! At first he was a bit of a grumpy/strange old man, but I loved how he stood his ground and stayed where he was despite getting into trouble with Valentini who wanted the land. Go Sid, go!
-The story of Agatha. Poor woman. 🙁
-Bloem, and she will be back in the not so good part as well. At times I quite liked her and how she was discovering there was more to life than rules and being a stuck-up. She was quite brave at times, and I just adored how much she loved her mom and tried to be there for her.
-Bloem’s plan at the end, oh my how sneaky!
-The cover!
-The fourth wall breaking at some points in this book. It is one of those things that I just adore when it pops up in books. The MC (or a narrator) talking directly to the reader. Warning them, telling them things, making sure they are on the same page.

Not so good:
-How so many people spelled Bloem’s name wrong. Instead of Bloem they used Blom. At times I thought it was a mistake on the author’s behalf as it kept happening.
-That Bloem betrayed Neena for a point. What the hell? This is your best friend. And I get you are all drooly and OMG OMG rules, but friendship should trump that all.
-Bloem was quite boring at times. I am glad that eventually she let loose a bit more, but for most of the time… she was a bit stuck-up and OMG rules are life, rules are oxygen. I get that she was doing it for her mom, but I already had a feeling mom just wanted her kid to be happy, but that it wasn’t making her happy per se. I won’t tell you if my feeling was true or not, you will have to read.
-Why is this guy (Mr. Grittelsnert) a principal? He is just the worst. Setting up kids against each other, caring more about exams and tests instead of happiness.
-Who the hell takes a report on the situation to the school when everyone is having a witchhunt on the whodunnit? I am sorry, but that was just the most stupid thing ever and I don’t get why it was added.
-Chrissie. I just don’t like bullies, and she was just the worst.
-The witchhunt for the one who had anything to do with the Woekerkop/garden heads. That was just a bit over the top and I was actually thinking how hurtful it was to do all that to an eleven year old. Yes, she unleashed something that wasn’t really OK, but to just do all that? No. People were overly rude and hurtful.

While I am happy with what kind of illustrations we got, they really gave the book something extra, I would have liked other illustrations as well.

So as you can see good and not so goods! Normally with such a balanced good/not so good I would have rated it a bit lower (more like a 3 star), but the writing style (and the translation) was just so nice and it just flowed well. I just couldn’t stop reading, had to know what would happen to the seeds, and then had to find out how it all would end. It is definitely a book one cannot put down once they start, and that is why I am rating it higher. I would definitely recommend it to all in need for a fun book about magic, friendship, and tons and tons of nature, oh and a couple of baddies to conquer and show them that they were wrong.