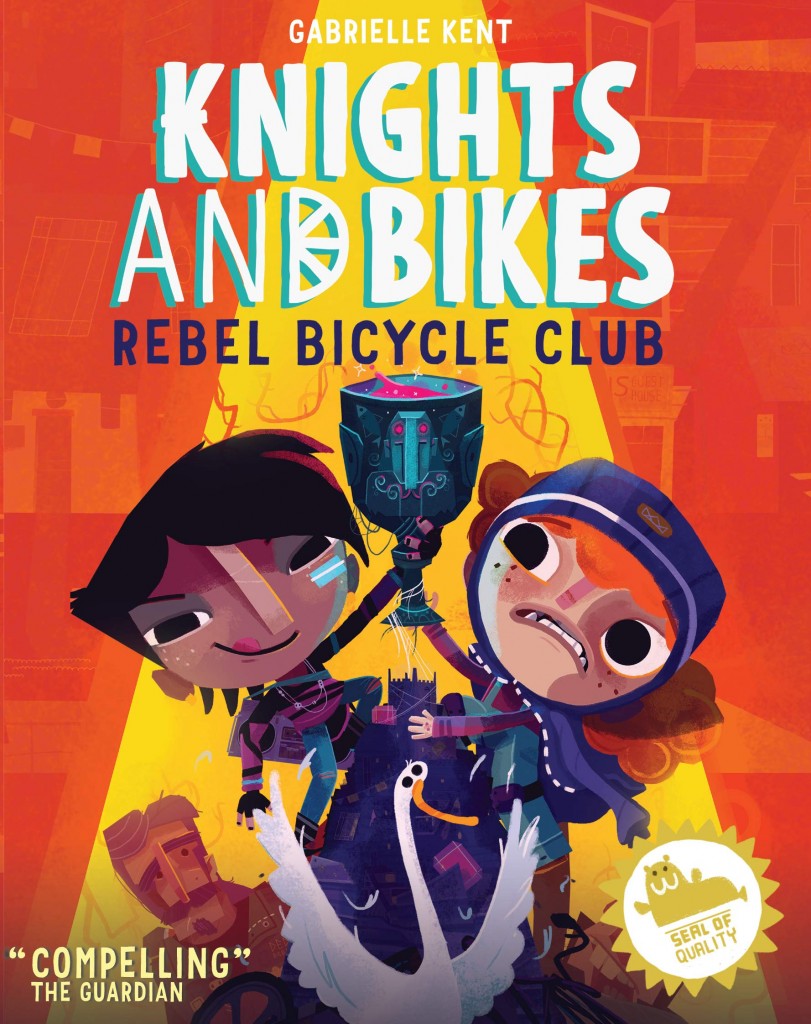 A brand-new adventure with the Rebel Bicycle Club! Yep, Demelza and Nessa are back and riding hard!

I am SO SO happy that there is a second book in this series and that there may even be more (as there is a note at the end). I also need to play the game when I can because I want to go back to this world and I just can’t wait until whenever the next book comes out.

This time our girls have a brand-new adventure featuring our headless (or well they have the head, so bodyless) knight. You know from the last adventure? Well, he is back because apparently he can’t rest just yet. Yep, that old naughty knight stole more than just the treasure that was in the castle. Namely a very shiny cup, and it is up to the girls to help him out. Though I had a laugh how they met, I was definitely scared.

First up is getting the cup of course, but where is it? Which leads to several ghostly meetings and an adventure in the middle of the night! With of course their bikes! And tons of yummy snacks. I just loved this leg of the adventure, the ghosts we meet, the trick and treating that happened before it all, the ghost train, the lady in the lake (who I hope we will see later in the adventures again despite what happened to her at the end of that part).

But then comes the most exciting part of the story, yes, that part before was freaking amazing, but what happens next is even more awesome. It brings us to a closed theme park, a hill with something very scary, and then a meeting with someone a lot of people may know.

I do hope that Nessa lays off with the whole making up stories thing. It is kind of cool, and I love that she has such a huge imagination, BUT, it also kind of annoys me. She has such a cool real life, why make up all the other stuff?

I love the friendship between Nessa and Demelza, they are getting closer and closer and they are such good friends.

I wasn’t always happy with the story though, and that had to do with Connan and his dimwitted friends and Connan’s dog of doom. He was just way too annoying for me, too stalkerish, and boy did he need to get eaten by whatever is in that hill. 😛 I get he wanted the cup, I get that he was pissed that Nessa got his bike, but still no reason to do all the things he did in this one.

I LOVED LOVED the illustrations in this one, the style is just fabulous.

All in all, this was a rollercoaster of fun, bicycles, adventure, ghosts, and a goose. Oh, and I want to go on an adventure now.