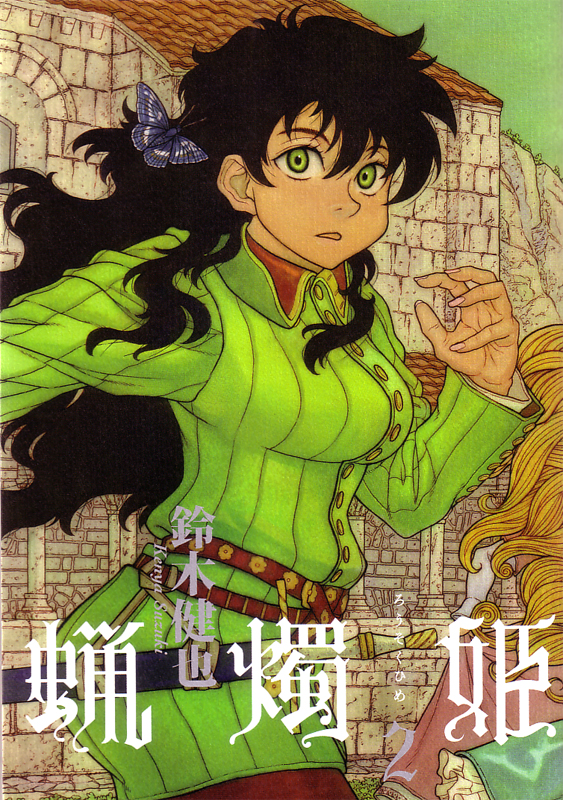 The second and last volume in the Princess Candle manga, and boy I am disappointed.

Yes, I know, I can hear you all say it. Mehsi, you said you weren’t going to continue? I said that, yes. But then I found out that this series only has two volumes. I am trying to complete more of my manga series and so I decided that this one was going to be finished. No matter what.

And sure, at points this was good. We see Flora in jail, and boy she made some coughs lewd suggestions, eventually she gets freed and so begins her journey to find her dearest princess and save her from the guy who wants to marry her just to become king.

When she finally finds the princess she goes into full protection mode, though I knew what her plan was, and knew that it would hurt the princess. I wasn’t a fan of the princess in this one, she often acted like a brat, didn’t know how to act when one has to be sneaky, and what she said to Flora was so confusing and also hurtful (especially when we get the reason to why she says that).

There are battles, blood and gore, and more. Not too much, but at times too much for my stomach. Especially one scene had my stomach in knots. It is funny how if I had read this one 10-15 years ago I probably wouldn’t have minded it that much (back then I watched Elfen Lied without A LOT of trouble), but these days just the tiniest bit of gore and my stomach turns.

But there were just quite a few things I wasn’t a fan off. Like the period part or the diarrhoea thing or the torture part. Great that you guys have that, no need for details. I was also weirded out by the boobs. Maybe there are woman out there who have, what seems to be, almost detachable nipples, but I haven’t seen them.

I was also immensely disappointed at the ending. It was truly wth? It just felt like we still need a couple more chapters to really close it, but we are never going to get… Urgh. It was a really bleh way to end this manga. I can imagine a few things that would have tied it up nicely, there are several characters I need to know about if they are fine.

The art was OK-ish. I am glad how the woman were drawn (well, with the exception of the boobs). With that I mean that instead of how they are often portrayed in manga, without any fat or any bumps or lumps, these girls have fat and lumps. They have pretty real bodies. Which makes me happy, because really? I haven’t seen any woman who has perfectly straight bodies. Everyone has a lump here, or a bump there.

All in all, I am just glad that I finished this series. That I can now close it and not look at it further. I will keep on reading Suzuki Kenya’s other series, Galko-chan, which is hilarious.